The developing countries are feeling the devastating effects of Covid-19 — the poor are the worst hit.

Many developed countries, ranging from the US to Western European states, have suffered from the coronavirus pandemic. It has triggered a lot of criticism of their governments and the respective inadequate responses to the crisis.

But the world’s Southern Hemisphere - dominated by underdeveloped economies like Latin America, the African continent and Southern Asia - may well feel the pandemic’s ferocity in its urban areas, where poor people survive with less sanitation and less effective medical equipment.

“The COVID-19 pandemic is hurting us all. But the most devastating and destabilizing effects will be felt in the world’s poorest countries. In the poorest countries we can already see economies contracting as export earnings, remittances and tourism disappear,” UN Under-Secretary-General for Humanitarian Affairs, Mark Lowcock, said in May during a speech.

“Unless we take action now, we should be prepared for a significant rise in conflict, hunger and poverty. The spectre of multiple famines looms,” Lowcock warned.

While the global south has many disadvantages - ranging from inadequate medical facilities to limited financial means to meet ordinary people’s everyday needs - there are some upsides to not being part of the ‘developed world’.

The global north’s more stable economies attract many migrants across the world to its metropolitan cities, increasing the vulnerabilities of its people to the pandemic. On the flip side, the global south has much less exposure to the immigration, and hence the risks that come directly from globalisation are lower.

In addition, countries in Latin America, Africa, the Middle East and South Asia, have younger populations and as it has been confirmed by COVID-19 scientists, older people are the more vulnerable members of society.

Finally, because the virus shows its most lethal effects in urban areas, the global south benefits from being less industrialised.

While some countries have recently raised concerns over their increasing cases and death tolls, the most worrying aspect of the pandemic appears to be the economic toll it has taken on large populations.

The World Health Organisation (WHO) has already declared Latin America as the new epicentre of the pandemic.

Brazil, the most populous country in the region, has been the second worst-hit nation in the world. The country’s populist President, Jair Bolsonara, has publicly refused to abide by the pandemic restrictions including shaking hands and wearing masks.

But other countries like Peru and Chile are also recently showing their vulnerabilities to the virus. Peru’s confirmed cases have been double those of China, the alleged birthplace of the virus, while Chilean officials indicated that its hospitals in its capital city are already running out of beds for coronavirus patients.

Chile is the sixth worst-hit country across the globe in terms of confirmed cases.

Lockdowns in poor countries like Peru and Chile might have as deadly an effect on its economy as the virus itself, experts and officials warn.

The virus could also show its contagious effects in the poor slums of South America’s poorly-designed metropolitan areas, experts say.

The poor continent appears to have thus far been lucky in its low tally of deaths and confirmed cases.

But a recent UN report warned that if effective measures are not taken across the continent, the virus may infect 1.2 billion people, killing 3.3 million Africans. The continent has a population of 1.3 billion people.

The economic effects of the pandemic have been clear in South Africa, where the government lifted lockdowns after riots broke out in some cities over food shortages.

As of this week, South Africa has the most confirmed cases across the continent.

India, which has a populist leadership like in Brazil and the US, the two top leading countries with confirmed cases and death tolls, is now the third worst-hit country by the pandemic.

In Pakistan, where confirmed cases also continue to increase, the pandemic hit the economy badly, forcing the government not to impose strict lockdowns across the country.

In March, when the virus began dominating international headlines, Pakistani Prime Minister, Imran Khan, conceded that the government could not enforce a strict lockdown.

“If we shut down the cities we will save them from corona at one end, but they will die from hunger on the other side,” Khan said.

Bangladesh, another South Asian country, also appears to have suffered more from the pandemic’s economic consequences than the pandemic itself.

In Bangladesh, the economy heavily depends on its expats working abroad and their remittances. In April, those remittances fell back nearly 25% compared to a year earlier.

The country’s garment industry, which is a key source of national revenue in terms of foreign exchange, has also suffered enormously, declining nearly 85 percent, due to the pandemic.

In terms of confirmed cases, the numbers from both Pakistan and Bangladesh have recently increased, making the two Asian countries rank in the top 20 nations with most cases. 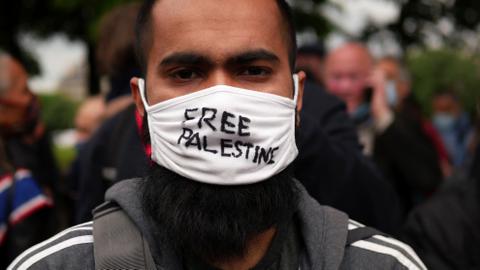