Days after Joe Biden took the reins of the American presidency, the Chinese premier spoke about the possible outbreak of a 'new cold war' between the global powers.

As China positions itself as a global power competing with the US, it has made attempts to use the coronavirus pandemic as a platform to stamp its authority on the world stage.

To further Beijing's ambition to project itself as a supreme international power, China's President Xi Jinping on Monday warned world leaders against a new ‘Cold War’ especially if countries like America did not "open world economy, discard discriminatory and exclusionary standards, rules and systems, and take down barriers to trade, investment and technological exchanges."

“To build small cliques or start a new Cold War, to reject, threaten or intimidate others... will only push the world into division,”  Xi Jinping said during the virtual Davos forum.

The statement came at a time when Joe Biden was still settling into his new role as American president, while making significant gestures to revitalise its old alliances with the sole aim to counter China’s growing influence and reposition America as the undisputed leader of the world.

Hinting at the Trump administration's hostility towards his country, Jinping said that any confrontation with Beijing “will always end up harming every nation’s interests and sacrificing people’s welfare”.

Urging all countries to unite in the face of the coronavirus pandemic, he said; “We should build an open world economy, discard discriminatory and exclusionary standards, rules and systems, and take down barriers to trade, investment and technological exchanges”.

According to associate international relations professor, Helin Sari Ertem of Istanbul Medeniyet University, the timing of the Chinese president’s message was significant since the US considers China a formidable foe and a change of presidency would not necessarily change Washington's stance towards the powerful Asian country.

“Whether it's soft power or hard power, the US is aware that they have to tussle with China,”  Ertem told TRT World.

“As a turning point, the 2008 crisis is always talked about, but for 30 years, the United States has been aware of the rise of China. It was afraid of Japan at first, but China passed Tokyo in the eyes of Washington. China stands as a model outside the Western-type liberal order with its communist past. I am one of those who agree that China is moving quietly and deeply”.

According to Ertem, the growing tensions between the two powers is less likely to be solved with peaceful negotiations and more likely to push them towards a larger conflict in the future.

If a new hegemon ascends in the face of the current hegemon, she said, the old one will try to stop it.

“Countries go to war either because of fear, or because of honour, or because of interest. the US here is both afraid, the issue is a matter of honour for it, and Washington also thinks it can lose its interests. In other words, for Washington, China's rise corresponds to all three. There are signs of war, but Biden might manage it more softly,” she added.

Last year, reports revealed that 62 percent of Americans see China as a growing threat, while 66 percent of US nationals said they had unfavourable views of China. Economic factors, such as job losses to China and the trade deficit, remained as the key concerns for the American public. Also, the same survey showed that other issues including Chinese human rights policies and environmental degradation  also worry Americans.

Commenting on the issue, Ertem said; “Trump was totally demonising China and presenting it as an internal security issue. Biden, on the other hand, has made statements such as winning China, competing without escalating the tensions too much”.

However, she also added that although we haven’t heard that rhetoric from Biden yet, all countries need stability and balance.

In order to do it, Ertem says the US under the Biden administration will do internal balancing by taking its own trade measures and it will try to use the existing embargo as a tool.

“If Biden will not be able to succeed in this, he will use external balancing, there are signals of it,” she said.

“The US will first try a containment strategy as it did to the Soviets by getting the support of other countries around it. However, the world’s recent situation is so far different from the 1950s world. There is an unprecedented globalisation trend and China can not be contained like the cold war term”.

Ertem also believes that China foresaw this scenario. The RCEP agreement, which was the first free trade agreement between China, Indonesia, Japan, and South Korea - four of the five largest economies in Asia - was a part of its precautions.

Despite Beijing facing the lowest GDP increase by 2.3 percent last year since 1976, the country is nonetheless expected to be the only major economy to have expanded in the pandemic-ravaged year.

As per the recent economic forecast of the International Monetary Fund (IMF), the country is expected to grow by almost 8 percent in 2021. Besides, the recent report of the UN which was released on Sunday revealed that China also overtook the US as the world’s biggest recipient of direct foreign investment (FDI) in 2020. 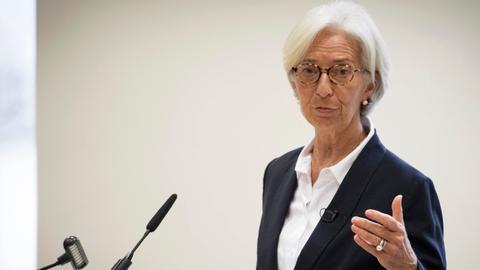