Social medical platforms are trying to cancel far-right speakers - but some think they might be going too far.

Additionally, another social media site, Reddit, declared on Monday that it would shut down a forum ‘r/The_Donald’ a popular refuge for the fans of the US President, Donald Trump.

These actions are taken in part to help curb the rise of hate speech.

Stefan Molyneux, one of the individuals banned by YouTube, accused the corporation of clamping down on free speech. He said the site “just suspended the largest philosophy conversation the world has ever known.”

Spencer went on to tweet that he “will appeal the suspension; however, this seems to be part of a systemic, coordinated effort.”

Other accounts banned by YouTube include, American Renaissance and Richard Spencer’s National Policy Institute, which they say were violating anti-hate policies.

In 2019, YouTube began to remove material it deemed as far-right or controversial. It also updated its terms and conditions regarding “hate”, as well as promising to reduce the exposure of things they deem as “borderline content”.

Earlier in June, Twitter started fact-checking Trump’s tweets and placed warning labels on what it described as inaccurate information.

Another site, Twitch, primarily used for the live-streaming of video games, one which Trump joined in October, said it had identified two streams from the president’s account that had violated its policies.

A Twitch spokeswoman said the platform had told “the president’s team” last year that there were no exceptions on the site for political or newsworthy content that broke its rules.

Facebook is also facing a growing backlash from advertisers, with companies pulling their ads as a part of a boycott at what they see as a failure to stop the spread of online hate.

Several civil rights groups in the US launched #StopHateforProfit last week and it resulted in major corporations pausing their advertising campaigns “in response to Facebook’s repeated failure to meaningfully address the vast proliferation of hate on its platforms,” read one statement.

“The campaign is a response to Facebook’s long history of allowing racist, violent and verifiably false content to run rampant on its platform. The campaign will organize corporate and public pressure to demand Facebook stop generating ad revenue from hateful content, provide more support to people who are targets of racism and hate, and to increase safety for private groups on the platform, among other measures,” it added.

Within days, major US companies such as Starbucks, North Face, Patagonia and Adidas joined the campaign.

Ice-cream giant Ben & Jerry’s said that it was “calling for Facebook to take stronger action to stop its platforms from being used to divide our nation, suppress voters, foment and fan the flames of racism and violence, and undermine our democracy.”

In a statement, Facebook exclaimed, "We deeply respect any brand's decision and remain focused on the important work of removing hate speech and providing critical voting information. Our conversations with marketers and civil rights organizations are about how, together, we can be a force for good." 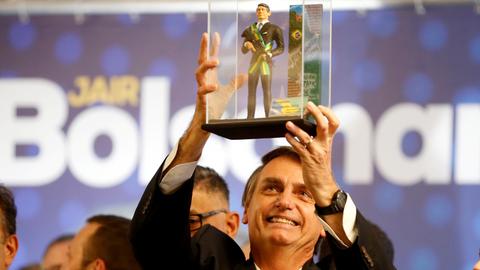 Covid-19: Fear and misinformation keeps people away from hospitals in Yemen