Thousands of of supporters of Shiite Muslim cleric Moqtada al Sadr were inside Baghdad's Green Zone on Sunday after breaking into the fortified area and storming parliament, as Iraq's Prime Minister Haider al Abadi called for rioters to be pursued and punished.

Protesters who had gathered outside the heavily fortified district housing government buildings and many foreign embassies on Saturday forced lawmakers to leave the parliament building after they breached the area's heavy concrete wall.

Although the situation was calmer on Sunday, Prime Minister Abadi's office said he had ordered the pursuit of people involved in attacks or vandalism.

Abadi "directed the interior minister to pursue the elements who attacked the security forces and citizens and members of parliament and vandalised state properties and to refer them to the judiciary to receive their just punishment," a statement said.

A number of people were injured after protesters clashed with riot police the day before, but security forces were not taking action against protesters inside the Green Zone on Sunday.

The riots erupted outside the Green Zone after the parliament again failed to reach a quorum and approve new ministers to replace the current government of party-affiliated ministers.

The Iraqi government has been in deadlock for months as parties failed to reach a deal to reform the government, which is structured according to a strict administrative power sharing agreement.

The unrest kicked off minutes after cleric Moqtada al Sadr wrapped a news conference in the holy Shiite city of Najaf during which he condemned the political deadlock, but he did not order supporters to enter the Green Zone.

However, members of his Saraya al Salam militia group were deployed around parliament on Saturday night.

Both Abadi and Sadr have called for the change, but powerful political parties that rely on control of ministries for patronage and funds have opposed the move.

The parties have opposed efforts to replace some ministers - chosen to balance Iraq's divisions along party, ethnic and sectarian lines - with technocrats in a bid to combat corruption.

Despite disruptions by dissenting lawmakers, however, a handful of ministers for the new cabinet were approved on Tuesday. 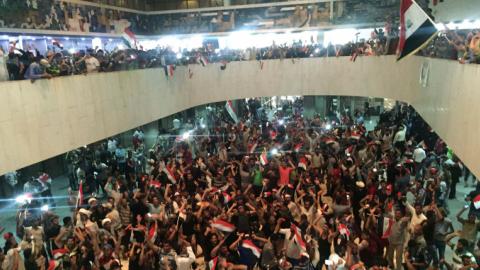 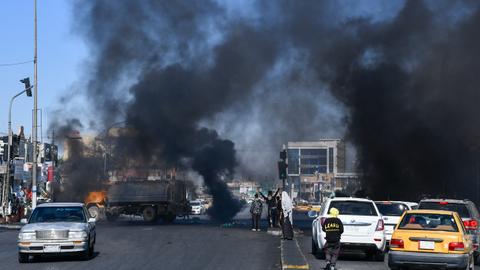