Thousands of people fled fighting in Congo's capital Brazzaville on Monday after March 20 election results brought about heavy clashes between security forces and a rebel group known as "The Ninjas".

The sounds of automatic gunfire began after 0100 GMT in the southern Makelekele and Mayana districts, and continued until down. Scores of people were panicked by the gunfire and fled to the south of Brazzaville, carrying their bags and pushing the elderly in wheelbarrows.

There were no deaths or injuries reported from the clashes.

Congo's constitutional court confirmed the March 20 election victory of the former president, who, despite accusations from critics of rampant corruption and nepotism has ruled the country for more than 32 years.

The results of the poll, in which Sassou Nguesso took more than 60 percent of the vote, had been denounced by the five defeated candidates claiming there was "massive fraud".

Government spokesman Thierry Moungalla said the trouble had erupted after the March vote, which he referred to as "a great moment of peaceful democracy". He said the situation was "under control" and called on people to "remain calm and return to their usual business."

Moungalla said the attackers were "disbanded Ninja Nsiloulou" fighters and they had attacked an army position as well as four police stations.

Frederic Bintsamou, known as Pastor Ntumi, was the head of a rebel group, whose trademark colour is purple, from the late 1990s conflict. He later disbanded the group in return for a junior government position.

There were several strikes in several southern districts in protest over the election results last week.

Tensions grew high in Congo since an October constitutional referendum that ended a two-term limit on presidential mandates, allowing the 72-year-old head of state to rule again.

Sassou Nguesso served as president from 1979 to 1992 and returned to power in 1997 following a civil war.

He won two successive terms in 2002 and 2009, but the results of both elections were contested by opposition parties. 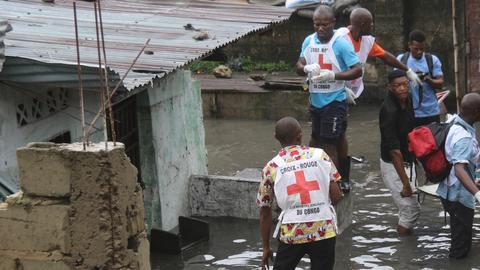 Floods in Democratic Republic of Congo claim dozens of lives 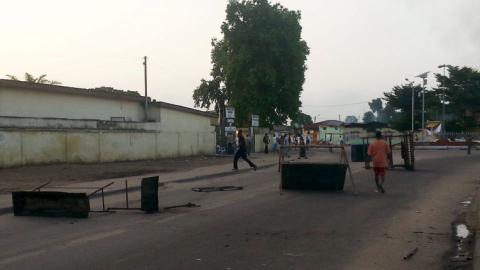