Dozens of fires that devastated large areas in both countries have been controlled, officials say, without revealing the full extent of the damage.

Fires that ravaged swathes of land in Syria and neighbouring Lebanon in recent days have been brought under control, officials in both countries said.

In Syria, blazes fuelled by high temperatures broke out on Friday in the provinces of Homs, Tartus and Latakia, where at least three people died, according to the regime officials.

Several families had to flee residential areas near the fires, according to media reports.

"Civil defence teams, supported by army units and the population, are now in control of all the fires in the province of Latakia," SANA news agency cited Governor Ibrahim Khader al Salem as saying on Sunday.

Firefighters were still on the scene trying "to cool the burned sites," he added.

SANA said all fires in Tartus had also been brought under control, and crews had managed to completely extinguish a fire in the Korb Ali forest in the western suburbs of Homs.

Syrian regime officials said efforts were under way to recover from the blazes and support those who have been forced to flee their homes.

It was the only area in Syria that wasn't destroyed during war and now it's burning 💔
Prayers 🙏#SyriaIsBurning #Latakia
#سوريا_تحترق #برداً_وسلاماً_سوريا pic.twitter.com/tSEedlsXs9

In neighbouring Lebanon, more than 100 forest fires that raged since Thursday were also completely under control, a civil defence source said.

Authorities have yet to reveal the full extent of the damage from the fires in Syria and Lebanon.

In Israel, fires fuelled by the heatwave were brought under control ealry on Saturday, the firefighting service said.

"After more than 30 hours of firefighting, we have brought the main fires under control ... (but) we remain vigilant," the fire service there said in a statement on Saturday. 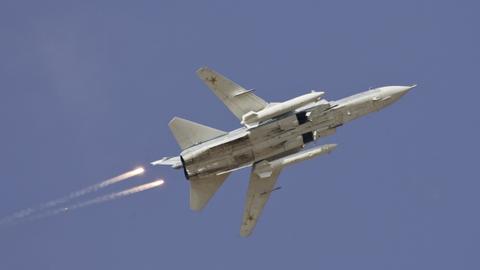