Benjamin Netanyahu is expected to assign prominent roles to the co-leaders of far-right Religious Zionism, which doubled its representation at the Knesset.

Benjamin Netanyahu has launched negotiations with his ultra-Orthodox and far-right allies on forming what could be the most right-wing government in Israel's history, raising concerns at home and abroad.

"Where are they headed?" said the headline of the Yedioth Ahronoth newspaper on Friday with pictures of Netanyahu and Itamar Ben-Gvir, an extreme-right figure who looks set to be a major player in the new administration.

"It's going to be an unprecedented government," columnist Sima Kadmon wrote in the Yedioth Ahronoth daily.

"Everybody knows that if only a fraction of what the new government promised to do is carried out, this is going to be a different country with a different system of government," she added.

"Bibi does not want Ben Gvir and Deri to lead the dance," he told AFP news agency.

"He is very careful. He does not want to lose his international legitimacy... I think he could try to widen his coalition to minimise their influence."

News of Netanyahu's return was greeted by right-wing and nationalist leaders around the world: Italy's far-right Prime Minister Giorgia Meloni and Hungary's Viktor Orban were among the first to offer their congratulations.

I look forward to continue to strengthen the close friendship between Israel and Italy 🇮🇱🇮🇹 https://t.co/Zy7qAi9SXL

Other traditional allies of Israel were more cautious.

While declining to speculate on the government make-up, US State Department spokesperson Ned Price said Washington hoped "that all Israeli government officials will continue to share the values of an open, democratic society including tolerance and respect for all in civil society, particularly for minority groups."

Britain called on "all Israeli parties to refrain from inflammatory language and demonstrate tolerance and respect for minority groups," in a statement, just hours after rejecting suggestions by previous UK prime minister Liz Truss that its embassy in Israel could be moved from Tel Aviv to Jerusalem. 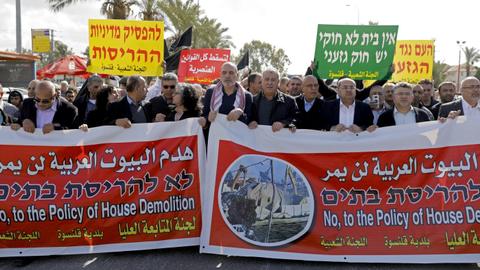