US President Biden said that he is concerned about “reports of the intensifying violent crackdown on peaceful protesters” and will continue to stand with the Iranian people.

President Joe Biden has said that the United States will place "further costs" on Iran in response to the violent crackdown against "peaceful protesters" in the country.

"This week, the United States will be imposing further costs on perpetrators of violence against peaceful protestors. We will continue holding Iranian officials accountable and supporting the rights of Iranians to protest freely," Biden said in a statement on Monday.

Biden said he is "gravely concerned about reports of the intensifying violent crackdown on peaceful protesters in Iran, including students and women, who are demanding their equal rights and basic human dignity."

"The United States stands with Iranian women and all the citizens of Iran who are inspiring the world with their bravery."

Widespread street demonstrations sparked by the death of Mahsa Amini, 22, who died following her detention by morality police for allegedly breaching the country's strict dress code, are in their third week.

Biden gave no indication of what measures he was considering. Iran is already under crippling US economic sanctions largely related to its controversial nuclear program, which Tehran insists has only civilian purposes but the international community suspects is secretly aimed at building an atomic weapon.

Iran: US, Israel behind protests

Iran’s supreme leader Ayatollah Ali Khamenei responded publicly on Monday to the biggest protests in Iran in years, breaking weeks of silence to condemn what he called “rioting” and accuse the United States and Israel of planning the protests.

Speaking to a cadre of police students in Tehran, Khamenei said he was “deeply heartbroken” by the death of 22-year-old Mahsa Amini in police custody, calling it a “tragic incident.” However, he lambasted the protests as a foreign plot to destabilise Iran, echoing authorities' previous comments.

“This rioting was planned,” he said. “These riots and insecurities were designed by America and the Zionist regime, and their employees.”

But White House Press Secretary Karine Jean-Pierre said the students "are rightly engaged with the Iranian government's treatment of women and girls and the ongoing violent crackdown on peaceful protests."

"This weekend's crackdowns are precisely the sort of behavior that drives Iran, talented young people to leave the country, by the thousands, to seek the dignity and opportunity elsewhere," she said.

"We're alarmed and appalled by reports of security authorities, responding to university students' peaceful protests with violence and mass arrests."

Meanwhile, Sharif University of Technology in Tehran announced that only doctoral students would be allowed on campus until further notice following hours of turmoil on Sunday, when witnesses said anti-government protesters clashed with pro-establishment students. 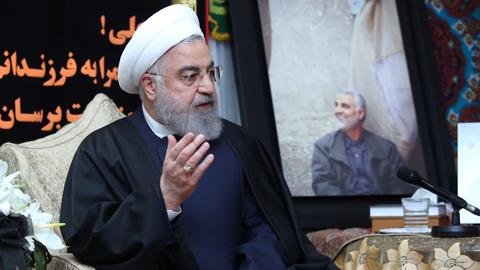 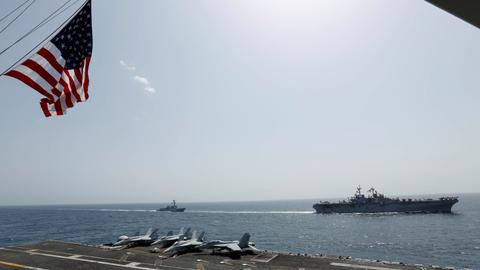 Are Iran and US seriously going to war or is it just posturing?