How one American nearly wiped out an entire culture (or has)

This is how an effort to convert an 'uncontacted' tribe on the North Sentinel Island could end up erasing an entire population.

His name was John Allen Chau. Last week, when he was killed on the shores of North Sentinel Island in the middle of the Bay of Bengal, few had heard of the place, and even fewer knew where it was.

His crime? Wanting to meet the islanders and possibly convert them to Christianity.

On the face of it, this seems like a brutal murder, committed against a man with peaceful intentions by a violent people who seem to be as far removed from civilisation morally, as they are geographically.

Headlines across major newspapers in the US, where Chau is from, portrayed it as much. Articles were written that resembled hagiographies more than news stories, recounting Chau’s many humanitarian works and the coldness of his death.

Like the mysterious island itself, there is more to this story that when revealed is enough to anger the calmest of individuals.

A history of the 'uncontacted'

As islands go, you’d think a tiny speck of earth like North Sentinel Island—nestled hundreds of miles from any large landmass—would not hold any significance to anyone.

With an area of just 43 square miles or two thirds the size of Manhattan, the island is small and part of the Andaman and Nicobar Islands territory of India. It’s covered in forest, surrounded by treacherous coral reefs with no natural harbour and worse, no natural resources.

While politically it belongs to India, the Indian government wants nothing to do with it, and no Indian has set foot on it in years. However, the island’s importance stems not from the land, but the people who inhabit it, numbering just a few dozen.

India has stayed out of the islanders’ affairs for decades, in effect making the islanders almost a sovereign nation.

That’s just as well because the islanders’ very survival might depend on it.

When the Andaman and Nicobar Islands were first fully colonised in the 18th century, not only could no one figure out the many languages spoken there—or connect their culture to other cultures—thousands of them died of disease within just a few years.

Like Native Americans, the Andamanese had very little contact with people from the outside and lacked immunity to diseases such as the flu, smallpox and measles. The entire population was almost wiped out by their introduction through the bodies of outsiders. The few that survived were quickly classified as "Negrito" a Spanish word that is the diminutive form of the word for black because the islanders had had dark skin and curly hair but were on average shorter in stature than the arriving British colonisers.

These peoples seem to be one of the earliest human populations that started inhabiting Asia if not the earliest. Their numbers are getting smaller and smaller through colonisation or assimilation.

Many Andamanese tribes for obvious reasons didn't want to be ruled by outsiders, but like Natives everywhere were forcibly colonised. Still, some tribes refused contact on pain of death. Today, the islands’ native populations are greatly reduced mostly through disease.

For a variety of reasons, however, Sentinel Island and its inhabitants were miraculously left alone. This was not out of charity. The main reasons were that it was small, there were few resources, the reef around the island made shipping difficult and finally, the few colonisers that ventured in, faced inhabitants who fought back bravely from day one.

Even so, in the late 19th century, the British went to the island, kidnapped six of its inhabitants and brought them to Port Blair, the capital of the territory, for study. However, two of them who were much older died likely of disease, and the remaining four, all children, returned.

Despite sporadic attempts at contact since, the islanders have always violently resisted colonisation or contact of any kind. When faced with overwhelming numbers, they disappear into the jungles until the outsiders leave.

Since the 90s, recognising this fact, as well as fearing the population might be wiped out by disease, the Indian government refuses entry to the island to anyone.

This is where John Allen Chau’s story begins to turn from that of an innocent travelling missionary to a sinister tale of near-genocide caused by zealotry.

Chau was aware of the ban on entering the island. There is no way he couldn’t have been. Anyone who wishes to travel is informed by the Indian government of the ban and the reasons why. Nevertheless, he persisted, ignoring the warnings about the danger he posed to the islanders.

There are multiple stories about his motivations, but it seems that it was likely a combination of a need for adventure along with a desire to convert the Sentinelese to Christianity. Chau was also keenly aware of the fact that islanders violently resisted outsiders. Despite it all, he attempted contact again and again, bribing fishermen to take him to the island, until the islanders killed him.

Which begs the question: how in the world does an American make it all the way to an island in the Indian Ocean, yet, refuses to contemplate the danger that he poses to the inhabitants of the islands?

Historically, indigenous populations have been extremely susceptible to Old World disease. Island populations have especially been endangered by it. As late as the 20th century, the Pacific Islands were ravaged by diseases brought in by "contactors" with old world diseases.

One of the reasons there are dozens of small populations of uncontacted tribes around the world is because the contact has historically brought nothing but violence, theft, murder and genocide to them.

The example of Native Americans in the Americas is enough to make one shudder where an entire continent’s population was reduced to less than 5 percent of its total pre-contact, with the land now almost entirely populated by colonisers mainly from Europe. Chau, an American, should have been aware of this.

This month alone, natives in the Americas face a fight for survival. Brazil—where most of the world's "uncontacted tribes" live—just this month elected a president who has promised to auction off all lands that belong to those tribes. Canada has been recently accused of forcing native women to get sterilised, and the United States is stealing land from the very Native American people and polluting their waters to build oil pipelines.

However, the truly horrifying thing is that we still don’t know whether Chau transmitted any diseases to the islanders because of his visit. Many of Chau’s friends fiercely defend him against this charge and allege that it’s preposterous to suggest that he could be the harbinger of the islanders’ genocide, but evidence suggests that one person can indeed accomplish this.

We have documented evidence of more than one case where one person infected dozens of people. We still don't fully understand why but some people might be super-infectious. During the bird flu epidemic, we had evidence of such possible super-infectors.

Chau, who apparently worked as an EMT, ignored all these warnings and put the lives of the entire Sentinelese population in peril. Reportedly, the parents of Chau told a newspaper that they "forgive" the natives for killing their child. When you look at the facts, it becomes clear that it is they who should be seeking forgiveness for the actions of their son.

In response to the news, a friend said: the worst thing this guy has done—if the Sentinel Islanders survive his visit—is to make the place famous; now there are thousands of arrogant Americans just like him, itching to go there for the adventure, evangelism or facing danger.

Perhaps the best thing the world can do for the Sentinel Islanders is to forget that they exist and let them be. 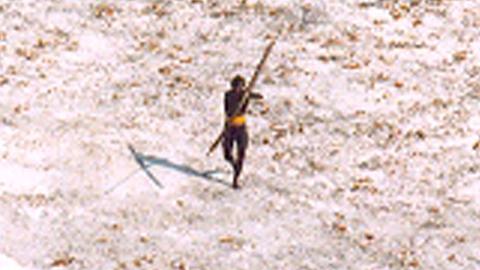