Jeremy Corbyn's 'internationalism' is a myth

The leader of the UK's Labour Party harbors a regressive approach to foreign policy that contradicts his seemingly progressive world view.

It would be difficult for any progressive to disagree with much of the domestic content of Jeremy Corbyn's Labour manifesto for the upcoming general election.

The need for a progressive government in the UK is obvious, but Corbyn and his movement do not have a monopoly on egalitarianism – policies that defend the many and not the few. It is my contention that through his stances on so-called ‘foreign policy' and geopolitics that he ultimately subverts the core logic of such politics.

We live in increasingly unequal societies that are determined much less by egalitarianism but more by competition. This exists at multiple different levels, whether it's through having to compete to sell your labour to the highest bidder, or whether it's the way immigrants, the unemployed, and disabled people are increasingly dehumanised.

But we do not just live in a nation – we live in a world. The politics that underlie Corbyn's views on the great international struggles of today, such as the revolutions in Syria and Libya have much more in common with the politics of the British establishment – defined by anti-egalitarianism and dehumanisation - than they do with politics that would truly subvert them.

Corbyn recently laid out his positions on foreign policy in a speech to Chatham House. Speaking against military intervention, he characterised both Libya and Syria as "regime change wars" – this ought to be of extreme concern to progressives.

Apart from anything else, they reveal the deeply conservative and regressive core of Corbyn's world view.

The alt-right are at least up-front about their deification of power and their extreme emphasis on self-interest, but Corbyn and the alt-left dress up the same kind of politics in the language of progress – they would have you believe that his support for Gaddafi against a popular revolution that had the necessary aid of NATO is ‘internationalism'.

They would have you believe that Corbyn's repeated slandering of the Syrian rebels during debates, going back as far as 2012, as al-Qaeda or as being akin to the Taliban is ‘anti-imperialism'.

In his speech, Corbyn referenced his parents' support for the Republicans against fascists in the Spanish Civil War. Perhaps he doesn't realise that it was precisely the failure of western democracies to support the republicans in Spain against nationalist forces, supported by Hitler and Mussolini, that led to the latter's triumph.

Indeed, in the light of the Manchester attack – carried out by a young Libyan refugee whose father fought as part of the anti-Gaddafi rebellion, Corbyn immediately sought to link it to "British foreign policy".

Corbyn said immediately following the attack that his potential government would "change what we do abroad", going on to say that "many experts, including professionals in our intelligence and security services have pointed to the connections between wars our government has supported or fought in other countries, such as Libya, and terrorism here at home".

Corbyn's view on Libya necessitates an orientalist dynamic wherein the choice is between the brutal order of Gaddafi or ‘ungoverned spaces' that breed ‘terrorism'. The emphasis is only on NATO (intervention) and jihadis, deliberately overlooking the current dynamic of the conflict - two different factions of the revolution, two different democratic bodies, vying for hegemony over a post-Gaddafi Libya, complicated by foreign intervention and the rise of IS.

However, Corbyn won't mention any of this – he won't mention the fact that as quickly as IS rose in Libya, taking advantage of the obvious instability that follows the destruction of a 42-year-old totalitarian state, the feuding Libyan revolutionaries united to drive them out of their self-proclaimed ‘headquarters' in Derna in 2015 and then drive them from Sirte in 2016.

Similarly, to characterise what's happening in Syria as a "regime change" war is not so much bizarre as it is a grossly indecent re-writing of history. In fact, by endorsing this myth, Corbyn is simply repeating the propaganda of the Assad regime and its allies – the intent is to justify the war against the rebels.

He has form where this is concerned, such as casting doubt on the Assad regime's well documented culpability in carrying out the gas attack in Khan Sheikhun.

But beyond even this, there has been no British military intervention in Syria on behalf of the rebels and the idea that Britain or the US has seriously sought to overthrow Assad is an absurdity. In fact, the US broadly agrees with Corbyn – its catastrophic logic that stability though Assad remaining in power, and allowing Iran and Russia to keep him in place through a brutal extermination war against the rebels, is preferable to supporting the rebels in any comprehensive sense.

Corbyn must attribute the Syrian war, and all its components, such as the refugee crisis and the rise of IS, to the non-existent quest for ‘regime change' by the US. He must completely ignore the Syrians that rebelled against Assad and then defended themselves when he unleashed brutal war in defence of his own kleptocratic power. If he was to countenance these things, he and his supporters would have to blame Assad, and the massive intervention not for regime change but rather for regime preservation by Iran and Russia, for the rise of IS and the refugee crisis.

It's in this spirit that Corbyn can so absurdly claim that Theresa May's potential attempt to gain parliamentary consent for air strikes against Assad will "escalate the war in Syria". This is simply coded language.

Corbyn claims that despite his general anti-war stance he is ‘not a pacifist' – this is correct. Corbyn is entirely unconcerned with Syrians being gassed, bombed or tortured to death by way of the war being waged against them by Assad, Russia and Iran.

The temptation here is to attribute Corbyn's stance to the dynamics of the Iraq war – to argue that Corbyn is just a product of the post-Iraq era, wherein people are rightfully cynical of British or western military intervention. However, while Corbyn might appeal to and exploit this understandable concern, his politics are rooted in logic much older than those birthed from opposition to the Iraq war; hence his opposition to the intervention in Kosovo.

One of the countries you won't see mentioned in Corbyn's foreign policy speech is Russia, namely because Corbyn and his key allies have been extremely soft on Putin. It was, after all, Corbyn, who in an article for the pro-Putin Morning Star in 2014, repeated Russia's propaganda on its annexation of Crimea and attack on Eastern Ukraine following Euromaidan, claiming that Russia was acting due to the ‘belligerence' of NATO. As with Syrians and Libyans, nowhere will you find Corbyn even remotely considering the self-determination or political agency of Ukrainians, instead squalidly depicting their elected government as ‘far-right'.

Corbyn's politics are formed out of the ideology of Stalinism, which subverted the old leftist principle of ‘internationalism' to mean support for the monstrous USSR or pro-Soviet or perceived anti-US forces. In the context of the end of the USSR, proponents of this ideology now attach themselves to any force deemed to be opposed to the US and the West, regardless of their fascistic political nature.

I'm not appealing for people in the UK not to vote for Labour due to Corbyn's foreign policy, but rather to simply oppose his foreign policy and the politics that underlie it. Corbyn's so-called ‘ethical foreign policy' ought to be taken seriously – in the face of Libya, Corbyn would've let Gaddafi massacre civilians with his air force. If the day comes when Assad carries out, for example, a huge chemical weapons attack prompting an international consensus for a no-fly zone, Corbyn's Britain won't be involved.

Even in the case of IS's brutal genocidal assaults, Corbyn believes that the best response is to cut off the funding to IS, which he absurdly believes comes from Turkey, Qatar and Saudi Arabia.

It's a monstrosity of history, born of Stalinism and its logic, that those who parade the symbols of progressive politics resemble or are more regressive than those they seek to supplant.

Libyans and Syrians are vying for the basic liberties that we often take for granted – that Corbyn finds himself in opposition to this cannot be swept under the carpet. 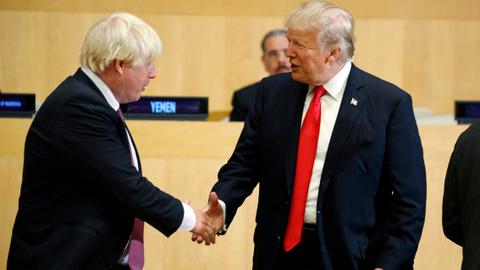 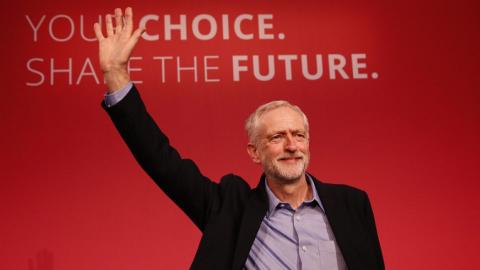 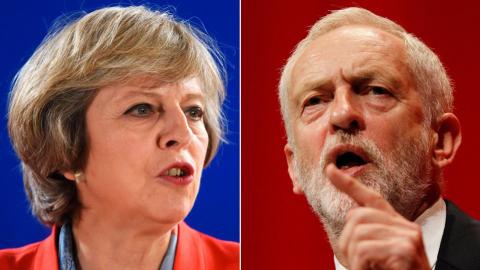 UK's May and Corbyn questioned by public on TV show 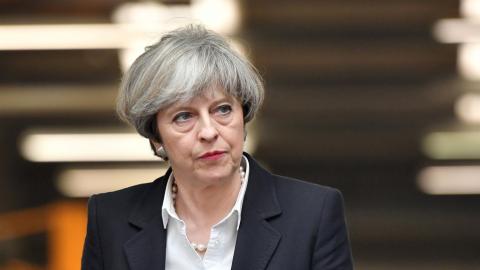