The Saudis don't mind criticism, so long as it's done in private

What many saw as mild criticism from Canada turned into a diplomatic row suddenly altering thousands of Saudi lives around the world. Why did Saudi Arabia react the way it did?

So the Canadian Ambassador in Riyadh has packed his bags and gone: new trade deals between Saudi Arabia and Canada have been frozen along with lucrative investment projects, and the scholarships of some 15,000 Saudi students in Canada suspended. And all because of what the Western world considers some fairly mild criticism via Twitter of the situation of human rights in Saudi Arabia.

True, trade between the two countries is pretty insignificant – at about 4 billion dollars a year, it’s roughly the equivalent of two days worth between the US and Canada.

So, why such a strong reaction from the Kingdom?

Well much of the reason I think was articulated in a conversation I had a few years ago in London with the Saudi Foreign Minister Adel Al Jubair. During a discussion at Chatham House, the Royal Institute of international Affairs, I asked him why Saudi Arabia did so little to support a woman's right to drive. This was years before the lifting of the ban on women drivers.

His reply was calm, but forthright.  Saudi society, he said, was resisting, and until that changed there could be no hope of movement. No amount of outside pressure would work, he continued, international criticism on any domestic subject would fall on deaf ears until Saudi society—which means, the royal family—had made up its own mind.

Since that conversation much has changed in the country of my birth.

In recent months Saudi Arabia has witnessed an unprecedented jump in reforms. Women have been allowed to drive, extreme religious influence over many aspects of social life has been lifted, and corruption and Islamic extremism tackled at the highest levels.

The West has supported these major reforms - driven through by the young Crown Prince Mohammed Bin Salman. The public praise has been welcomed by Riyadh – and any criticism (in private) taken on board.

Readouts from bilateral meetings between Western powers and Saudi Arabia show that sensitive issues are still being raised constantly, such as the war in Yemen or specific cases of imprisonment.

The UK, for example has questioned the Saudis over the case of the jailed blogger Raif Badawi in an effort to get the country to review his sentence.

But Canada crossed the line by publicly calling for specific judicial cases to be halted. And the tweets and statements were not just in English – but also in Arabic, which made their entreaties available to a much wider audience.

This departed from diplomatic ettiquette of respect and good manners. It publicly offended the leadership which is embarking on its own reform programme, but which needs time and space to do so, at its own pace.

Saudi Arabia’s drive to balance modernity with its geopolitical position, religious and cultural legacy is an incredibly subtle process.

It relies on a young ambitious leadership and the clear direction it provides. This may be difficult for those not familiar with the region to understand. But the only chance these reforms have of succeeding is if the Saudi leadership and the citizens guide them.

The reform process is offering Saudis opportunities they could never have dreamed of a few years ago. But it won’t mean the country transforms overnight into a replica Western state. And remember this is not what many Saudis want.

The Crown Prince’s reforms will eventually bolster the country’s position as a rules-based member of the international order and an ally of the West, cooperative and cognisant of its regional and global responsibilities.

So far the pace of domestic change has been frantic and popular, especially among the young. Social media is enabling activists to push for real debate over public policy.

But the clerics and members of the Saudi old guard do not find the reforms easy to digest. Nonetheless there have been strong statements by the Crown Prince Mohammed bin Salman calling for moderate Islam. Saudi Arabia has faced up to its responsibilities as the global centre of Islam, with the authorities now cracking down on those “missionaries” who aim to spread the more radical interpretations of Islam. Saudi Arabia is prepared to lead regional action against terrorism in close coordination with Western allies.

Saudi officials don’t mind private and frank discussions about human rights issues and other thorny matters. It is on a trajectory for change. But it is unwilling to take orders and instructions from other countries. Saudi Arabia is a proud country, and Saudis know best how to change it, while also maintaining stability.

It's time to trust Riyadh. Not publicly condemn it. Najah al Otaibi is a Saudi political analyst based in the UK, and the founder of the Global Soft Power for Communication and public diplomacy. She has written for a number of UK publications such as the Times, the Independent and the Daily Mail. She is a frequent commentator on socio-political issues in Saudi Arabia for global news channels like the BBC, CNN. 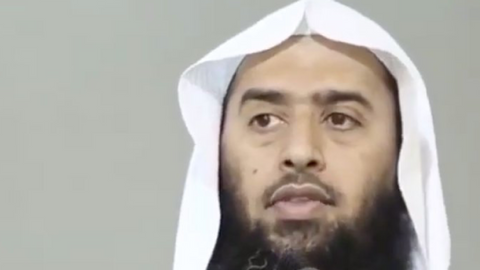 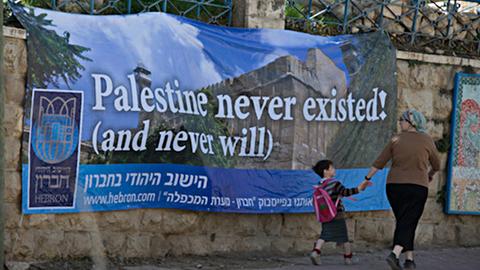