Truss deficit: Why the new British PM is a divisive figure in Iran

Opinion divided in Iran over the future of bilateral relations with Britain under Liz Truss, who had annoyed Tehran’s leadership with a hardline stance on nuclear talks.

Liz Truss, who pledged in December 2021 never to allow Iran to acquire nuclear weapons, has received virtually no congratulatory remarks in the official media in Iran after becoming the British Prime Minister. There are only passing remarks.

Yet, her leadership has created tension in Iran between the ruling anti-American bloc hardliners and opposition reformists who have invariably backed negotiations on the Iran nuclear deal known as the Joint Comprehensive Plan Of Action (JCPOA).

As predicted by Russian foreign minister Sergey Lavrov, Truss’s statements would now work to Britain’s disadvantage. The hardline Kayhan newspaper, close to Iran’s supreme leader Ayatollah Ali Khamenei, calls her the worst enemy of Iran, accusing her of being “hand in glove” with Israel and playing a negative role in the removal of sanctions against Tehran by the West. It says Truss jeopardised the JCPOA talks in January by “blindly” following Israel’s “destructive” stance. It refers to reports of continuing “support” by Truss for Israel and the signing of an  MoU between the two countries.

Iran’s anger was over her comments in the British parliament when she said: “Iran must now choose whether it wants to conclude a deal or be responsible for the collapse of the JCPOA,” adding that if the JCPOA collapses, “all options are on the table”. The last part of the comment sentence had echoes of a military threat.

Iran blames the US for the breakup of the 2015 nuclear deal, especially former president Donald Trump, who unilaterally left the JCPOA and imposed a new set of sanctions on Tehran while applying what he called a “maximum pressure campaign”.

In the same article, Kayhan tried to manoeuvre the reformist media away from cosying up to Liz Truss. It scorned them with a damning headline: “Suspicious support for Iran’s staunch enemy and Israel’s close friend.”

Kayhan’s reference was to newspapers like Etemad and Ebtekar, which had welcomed the fact that Truss was the third woman in Britain to become the prime minister. Their article was not in support of Truss but on the issue of women’s status; it was, in fact, a hint for internal consumption. In Iran’s theocracy, a woman can never become the president or be in a top leadership post.

But the reformist commentator, Vahid Karimi, did find some advantages in establishing contact with Truss. Describing her as a staunch Brexitier, Karimi argued in Shargh Daily that she would increasingly distance herself from Europe and move for much closer ties with the US. He advised that Iran should focus less on Europe and more on that London-Washington comradeship, implying that Truss might make a useful go-between.

The more direct criticism of Iran’s policy came from another reformist newspaper. Aftab Yazd ridiculed Iran for “continually finding excuses” to break down the JCPOA talks. “Why don’t the US and Iran hold direct talks?” asked its editor, Alireza Karimi, knowing full well that direct talks have been forbidden by Iran’s supreme leader.

Having said all that on internal divisions, it must be stated that Truss’s interventions are also intemperate not just on Iran but also on Russia and China. She might be trying a tougher stance on these countries, but that kind of direct language doesn’t really yield results with Eastern states. Russia and China too have hit back with cold comments about her style.

She has also missed her chances with Iran. For example, in August, when the EU announced a new text to finalise a return to the JCPOA, a breakthrough appeared possible. In that process, both Britain and the US could have offered to lift the sanctions and buy Iran’s oil. That might have given Iran a face-saving excuse, and it would have helped Europe’s energy crisis. The biggest benefit would’ve been to pull Iran away from its partnership with Russia. But that chance was lost.

In that same process, Truss, who, as the then British Foreign Secretary, was directly engaged with Iran and secured the release of the British-Iranian national Nazanin Zaghari-Ratcliff in exchange for settling the UK’s debt of £400m to Tehran, could’ve forged some form of a longer-term rapport with Tehran. That appears to be far from the case judging by Kayhan’s article.

Likewise, Iran’s hard game has not paid off either. It has now all but lost the possibility of having its sanctions removed.

The former British Foreign Secretary, Jack Straw, says in his book The English Job that despite complexities, “Iran is too large and too strategically situated to be misunderstood outside its borders, by policy-makers and the public alike”.

True, dealing with such nuclear-power states is always a complex balancing act. Yet Western leaders are expected to manage such cases with prudent strategies.

Ill-judged policies that put those states with access to nuclear arms on a collision course with the West are probably the worst choices, especially at a time when the war in Ukraine is creating a precarious world. 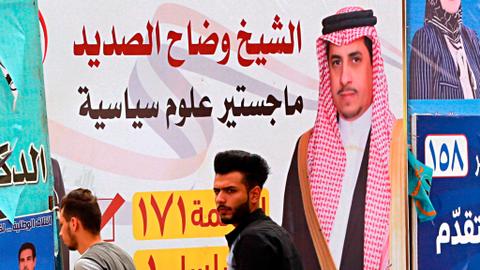