Not ready to say goodbye just yet, Serena Williams advances in US Open

Serena Williams will get at least one more singles match in what could be the final tournament of her career as she beat Danka Kovinic 6-3, 6-3 for her record 107th victory at the US Open.

Serena Williams is not ready to say goodbye just yet.

In her first match at what is expected to be the last US Open — and last tournament — of her remarkable playing career, Williams overcame a shaky start to overwhelm Danka Kovinic 6-3, 6-3 on Monday night in a packed Arthur Ashe Stadium with an atmosphere more akin to a festival than a farewell.

Early, Williams was not at her best.

There were double-faults. Other missed strokes, missed opportunities. She went up 2-0, but then quickly trailed 3-2.

Then, suddenly, Williams looked a lot more like a GOAT – someone with six championships at Flushing Meadows and 23 Grand Slam titles in all.

She rolled through the end of that opening set, capping it with a service winner she reacted to with clenched fists and her trademark cry of “Come on!”

The more than 23,000 in attendance rose for a raucous standing ovation. There would be more, as Williams carried that terrific level into the second set against Kovinic, a 27-year-old from Montenegro.

Williams will continue to play now, facing No 2 seed Anett Kontveit of Estonia on Wednesday.

When Williams walked onto Arthur Ashe Stadium with her diamond-encrusted dress glittering under the New York sky, over 23,000 people screamed their approval.

Williams's outfit caught the eye, a six-layer skirt — one tier for every US Open title she has won — and a diamond-encrusted bodice.

"It is a dress made for a supernova's farewell," said The New York Times.

"Queen of this, this and this. Queen of style, queen of grace. You rewrote history, page after page."

"If you decide to return, the throne will be waiting. The queen of our hearts."

Film director Spike Lee, a regular at Flushing Meadows, got one of his most cherished close-ups helping with the pre-match toss.

But it wasn't just the glitterati who were out in force on Monday.

Loyal fans of Williams had travelled far to witness what could have been the icon's last appearance.

Tia Green had jetted in from Oklahama City and along with her four cousins from Indiana, explained what Williams meant to them.

"For minorities, she's an ambassador. She showed you can do things you thought you couldn't do," the 55-year-old African-American woman told AFP.

"For a little girl from Compton, California and to play with her sister and be able to achieve what she has achieved is a great inspiration, that you can do anything you put your heart to, no matter whatever the circumstances."

Another fan, born in Beirut and a citizen of the US since 1999, Olmazah from Queen's watched the match eight rows back.

Her ticket was bought for her by her daughter. Together they held up a banner with the words: "Thank you King Richard for queen Serena ", in honour of the player's father and coach. 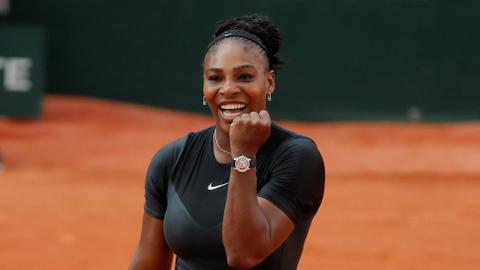 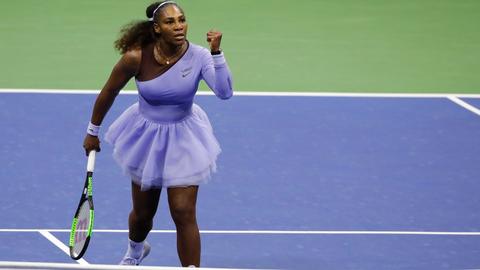