"While Turkey hopes to turn a new page with the EU, some ceaselessly try to provoke crises," President Erdogan told European Council President Charles Michel in a telephone call.

The head of the European Council Charles Michel has called Turkish President Recep Tayyip Erdogan to inform him and exchange views on the recently held EU summit.

During their conversation, President Erdogan said Turkey evaluates every positive step taken in Turkey-EU relations as “a new window of opportunity,” according to a statement released by Turkey’s Communications Directorate on Tuesday.

"While Turkey hopes to turn a new page with the EU, some ceaselessly try to provoke crises," Erdogan told European Council President Charles Michel in a telephone call, according to a statement from the Turkish presidency.

Erdogan called for rescuing Turkish-European relations from "this vicious circle", adding that he hoped to "start again" in talks with the EU "on a basis of mutual interests."

The president said the 2016 deal aimed at curbing migration through Turkey to Europe in return for billions of euros in funds could be a starting point for creating a more "positive" climate.

"We hope that the EU can adopt a constructive attitude and common sense toward Turkey," Erdogan said.

Turkey reiterated its readiness for exploratory talks with Greece, the president said, adding that the Greek side has constantly avoided negotiations by making excuses and has taken provocative steps in recent weeks.

Emphasising that Turkey’s Eastern Mediterranean policy is based on fairness and justice, he said the Turkish side always makes necessary efforts for a fair, permanent and sustainable solution in the region.

Turkey wishes that the EU will adopt a sensible and constructive attitude towards Turkey, he added.

The declaration, which was issued following the conclusion of two-day summit on December 11, reiterated the EU’s commitment to “defending its interests and those of its member states as well as to upholding regional stability.”

The summit also signaled that the EU may increase pressure on Ankara in the coming weeks, by including additional individuals from Turkey’s energy sector to a sanctions regime, which was created in November 2019.

Turkey, which has the longest continental coastline in the Eastern Mediterranean, has rejected maritime boundary claims of Greece and the Greek Cypriot Administration and stressed that these excessive claims violate the sovereign rights of both Turkey and the Turkish Cypriots.

Ankara has sent several drill ships in recent months to explore for energy resources in the Eastern Mediterranean, asserting its own rights in the region, as well as those of the Turkish Republic of Northern Cyprus.

Turkish leaders have repeatedly stressed that Ankara is in favour of resolving all outstanding problems in the region through international law, good neighbourly relations, dialogue and negotiation. 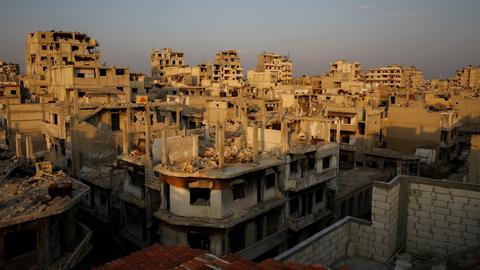