The pair met after the Turkish foreign minister spoke at the 8th Global Forum of the Alliance of Civilizations, which was held at the UN headquarters in New York.

Mevlut Cavusoglu also spoke briefly to UN reporters after meeting Guterres. Asked whether Turkey had requested an international investigation, Cavusoglu replied, "We discussed all the aspects of this."

UN spokesman Stephane Dujarric noted that in addition to discussing Khashoggi's killing, Cavusoglu and Guterres also talked about the wars in Yemen and Syria, as well as Cyprus.

Dujarric told reporters that the UN has not received an official request for an international probe into the Khashoggi case.

He reiterated that the secretary-general feels he needs a formal request from one of the countries and from a UN legislative body like the Security Council, General Assembly or Human Rights Council to initiate an international investigation.

Khashoggi, a Saudi journalist and columnist for The Washington Post, went missing after entering the Saudi Consulate in Istanbul on October 2.

After initially saying he had left the consulate alive, the Saudi administration admitted weeks later he was killed there.

Investigation of the incident suggests a special hit squad came to the consulate, scouted Istanbul’s Belgrad Forest and tried to cover up evidence at the consulate building. 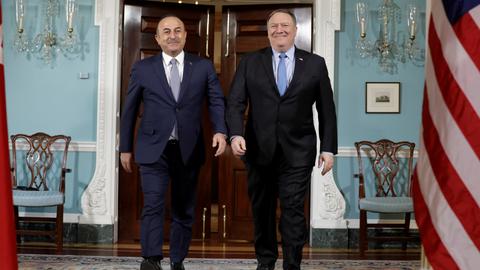