Cyclone Kenneth packed the power of a Category 4 hurricane as it approached Mozambique, the Joint Typhoon Warning Center said. The government said it evacuated around 30,000 people before the storm.

The second powerful cyclone to strike Mozambique in just six weeks ripped off roofs, killed at least one person and dumped heavy rain on Friday as the United Nations warned of "massive flooding" ahead.

Over the next 10 days, the storm is expected to dump twice as much rain as Cyclone Idai did last month, according to World Food Program spokesman Herve Verhoosel.

Cyclone Idai cut a path of destruction through central Mozambique, Malawi and Zimbabwe, leaving more than 1,000 dead. This is the first time in recorded history that the southern African nation has been hit by two cyclones in one season, the UN said.

"Cyclone Kenneth may require a major new humanitarian operation" in one of the world's poorest nations, even as post-Cyclone Idai relief operations are expected to continue for months, UN humanitarian chief Mark Lowcock said in a statement.

"The families whose lives have been turned upside down by these climate-related disasters urgently need the generosity of the international community to survive over the coming months," he said.

The new cyclone made landfall on Thursday night in a part of Mozambique that hasn't seen such a storm in at least 60 years, forecasters said, again raising concerns about climate change and the country's vulnerable, 2,400-kilometre (1,500-mile) Indian Ocean coastline.

Mozambique's local emergency operations centre said a woman in the city of Pemba was killed by a falling tree, while a "high number" of houses in Macomia district in Cabo Delgado province were destroyed.

Four ships sank off Palma town, with no reported deaths, the centre said. On Ibo island, about 90 percent of houses in the main village were destroyed.

As with the earlier cyclone, thousands of people in the days ahead could be left exposed and hungry as waters rise. Forecasters expected the remnants of the storm to linger over the region, dumping rain.

While this region is more sparsely populated than the one hit last month, Mozambique's disaster management agency has said nearly 700,000 people could be at risk from the new cyclone.

Power lines were reported down in some communities, and Pemba city had significant power outages, said Katie Wilkes, spokeswoman with the International Federation of Red Cross and Red Crescent Societies.

"It's been a challenge for us even to have clear lines of communication."

While damage assessments are still in the very early stages, "we know this is a very vulnerable area, higher in poverty" than the one hit last month by Cyclone Idai, she said.

The storm had earlier hit the Indian Ocean island nation of Comoros. About 1,000 homes were reportedly flooded and key crops were destroyed, Wilkes said.

The back-to-back cyclones that have ravaged Mozambique are unprecedented in recorded history, the UN said on Friday, as it planned to examine the country's defences against extreme weather in the light of climate change.

Cyclone Kenneth, which smashed into northern Mozambique late Thursday, hit "an area where no tropical cyclone has been observed since the satellite era," the World Meteorological Organization (WMO) said in a statement.

"There is no record of two storms of such intensity striking Mozambique in the same season," the WMO said, labelling Kenneth an "unprecedented tropical cyclone."

The UN weather agency added that a fact-finding mission currently in Mozambique will in part look at the "impact of climate change and sea-level rise on Mozambique's resilience" to extreme weather.

Higher or more powerful waves are driven towards the shore, potentially posing a greater risk for coastal-dwelling populations.

According to WMO, the current cyclone season in the southwest Indian Ocean "has been exceptionally intense," including 15 storms and nine "intense cyclones." 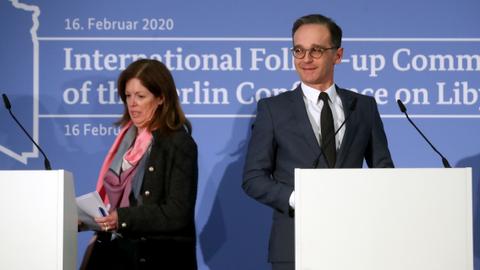 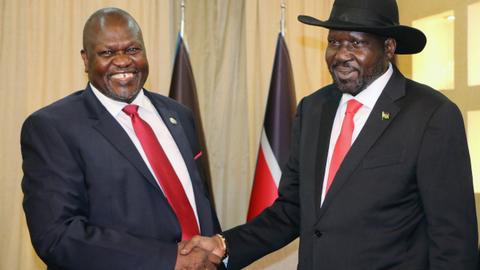