To accommodate calls for social distancing, Hollywood moved to pause the normal hum of TV productions and the bustle of red-carpet movie premieres.

The entertainment industry prepared Thursday for an unprecedented shutdown to curb the spread of the coronavirus, canceling upcoming movies, suspending all Broadway performances and scuttling concert tours until it's safe to welcome crowds back.

To accommodate calls for social distancing, Hollywood moved to pause the normal hum of TV productions and the bustle of red-carpet movie premieres.

After New York Gov. Andrew Cuomo banned gatherings of more than 500 people, Broadway theaters announced that they would close immediately and remain dark through April 12.

The Tribeca Film Festival was called off too.

The closures amount to a nearly complete halting of the industry, from Lincoln Center to Disneyland, and the largest-scale shutdown of many of the country's major arteries of culture.

The Metropolitan Opera at Lincoln Center, the New York Philharmonic, Carnegie Hall, the Apollo Theater and the Kennedy Center in Washington all canceled events through March 31.

Live Nation Entertainment and AEG Presents, the world's largest live-entertainment companies, suspended all current tours through March, including those of Billie Eilish, the Strokes an d Post Malone.

The dawning awareness of the virus' reach had already forced the cancellation or postponement of all major imminent events on the calendar, including the sprawling South by Southwest conference and festival in Austin, Texas; Hollywood's annual movie expo CinemaCon, in Las Vegas; this month's Kids Choice Awards in Los Angeles; and the sunny California music festival Coachella, which was put off until October.

TV networks saw the scuttling of most major sporting events, including the NBA season, March Madness and the NHL season.

Earlier Thursday, California urged bans of not just the largest events but also gatherings of more than 250 to help stymie the virus' spread.

California Gov. Gavin Newsom recommended the cancellation or postponement of gatherings of 250 or more people through at least the end of the month.

That put a new focus on Broadway, multiplexes and concert venues.

Disneyland plans to shut its gates Saturday for the rest of the month. After Sunday, Florida's Disney World will also close to guests through the end of March.

Beginning Saturday, the Universal Studios theme park in Los Angeles will close until at least March 28.

Universal Studios in Orlando plans to shutter for the rest of the month starting Monday.

North American's largest chains, AMC and Regal, did not respond to emails. Cinemas have already been closed in China, India, Italy, Poland, Greece and other countries.

But they will soon run out of movies to play. Postponements have erased much of the upcoming movie release calendar.

The Walt Disney Co. wiped out its upcoming slate, including “Mulan," “New Mutants” and “Antlers.” Universal Pictures said the “Fast and Furious” movie titled “F9” would not open May 22 as planned but in April next year.

John Krasinski, writer and director of “A Quiet Place 2," announced that his film from Paramount Pictures would not open next week as planned but be rescheduled to for another date.

“One of the things I'm most proud of is that people have said our movie is one you have to see together,” Krasinski said in a message on social media.

“Well due to the ever-changing circumstances of what's going on in the world around us, now is clearly not the right time to do that.”

Across Hollywood, the usual machinations of show business, from auditions to rehearsals, ground to a halt. Apple's “The Morning Show” was among the many productions put on hiatus.

The Rock and Roll Hall of Fame postponed its annual induction ceremony, scheduled for May 2 in Cleveland. It was to have been televised live for the first time by HBO.

Posthumous inductees Whitney Houston and the Notorious B.I.G. were to be honored, along with Depeche Mode, the Doobie Brothers, Nine Inch Nails and T. Rex. Canada’s top music awards show, the June Awards, was also called off as a precaution.

The announcement Wednesday evening that Tom Hanks and his wife, Rita Wilson, had tested positive for coronavirus sent shudders through the industry.

Hanks was easily the most famous person yet to publicly announce that he had the virus. He was in Australia to shoot an Elvis Presley biopic that Warner Bros. said would halt production.

“Not much more to it than a one-day-a-time approach, no?” Hanks said of their condition.

On Thursday, "Jimmy Kimmel Live!" and “The Late Show With James Corden” joined other late-night talk shows in announcing they will tape without audiences.

CBS also said production on the next season of “Survivor” was being postponed.

“Jeopardy!” and “Wheel of Fortune” have also halted tapings with audiences.

For most people, the coronavirus causes only mild or moderate symptoms, such as fever and cough.

For some, especially older adults and people with existing health problems, it can cause more severe illness, including pneumonia. The vast majority of people recover within a few weeks.

As of Thursday, 38 people had died in the US, while more than 1,300 people had tested positive for the virus.

Tolls have been higher elsewhere.

In Italy, where more than 15,000 people tested positive and more than 1,000 people have died, all stores except pharmacies and food markets were ordered closed. 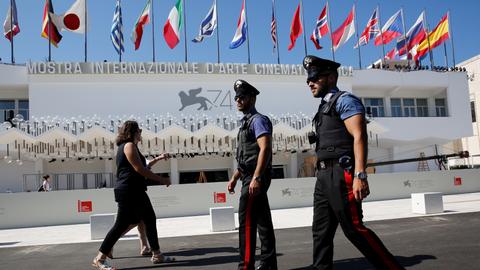 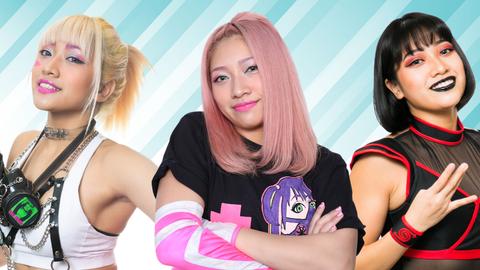 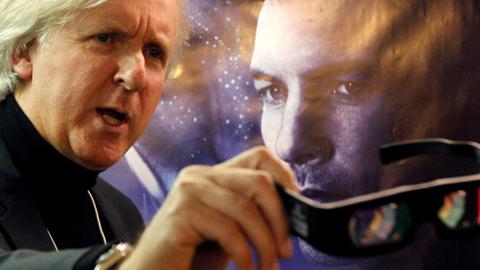