The head of the French film academy Alain Terzian said it "should not take moral positions" about giving awards as Roman Polanski's new film "An Officer and a Spy" is up for 12 Cesars, the French equivalent of the Oscars.

Roman Polanski's new film "An Officer and a Spy" topped the list of nominations on Wednesday for the "French Oscars," sparking outrage from feminists.

The controversial director has been wanted in the US for the statutory rape of a 13-year-old girl since 1978 and is persona non grata in Hollywood.

His period drama about the Dreyfus affair, which rocked France at the turn of the 20th century, is in line for 12 Cesars, the French equivalent of the Oscars.

The head of the French film academy Alain Terzian said it "should not take moral positions" about giving awards.

But their choice was condemned by the French equality minister, feminist groups and some film critics.

"If rape was an art, give all the Cesars to Polanski," tweeted the French women's group, Osez le feminisme (Dare to Be Feminist).

"By celebrating a fugitive rapist and child sex criminal, we silence the victims," it added, urging supporters to demonstrate outside the awards ceremony on February 28.

Equality Minister Marlene Schiappa was equally scathing. "What message are they trying to send?" she told French radio.

"Clearly the French film industry has a way to go when it comes to sexist and sexual violence," she added.

"I don't think they respect women and particularly victims who have spoken out."

"The Cesar awards are literally inviting an actor who was a victim of sexual assault by a director when she was a child (Adele Haenel), and a director who sexually abused a child (Roman Polanski), to be in the same room together for a big celebration of film."

Haenel, who was nominated for best actress for her performance in "Portrait of a Lady on Fire," touched a nerve last year by telling how she was sexually harassed from the age of 12 on her first film.

French director Christophe Ruggia was charged with sexual assault on a minor earlier this month.

Polanski, 86, won both best director and the critics' prize at the Venice film festival in August for "An Officer and a Spy," which has been a big hit at the French box office despite a wave of protests.

Some screenings had to be cancelled after feminist protesters invaded or blockaded cinemas.

The publicity campaign for the film was also halted after French photographer Valentine Monnier claimed that she had also been raped by the director in 1975.

Monnier, an 18-year-old model and actress at the time, said Polanski tried to give her a pill as he beat her "into submission" at his Swiss chalet.

The director — who sparked uproar at Venice by comparing his hounding by the media to the anti-Semitic persecution Dreyfus suffered — blamed the disgraced Hollywood mogul Harvey Weinstein for his woes.

He said Weinstein had tried to brand him a "child rapist" to stop him winning an Oscar in 2003 for "The Pianist."

"Unless I am wrong, 1.5 million French people have gone to see his film. Go ask them," he shot back when asked if the academy should be celebrating Polanski.

"Les Miserables," a tough drama set in the poor and restive suburbs of Paris — which is also in the running for a best foreign-language Oscar — picked up 11 Cesar nominations, just behind Polanski's film.

Ladj Ly's film is also battling against Polanski and "By the Grace of God," Francois Ozon's film about clerical child sex abuse, in the best film and best director categories.

"La Belle Epoque" also got 11 nominations, one ahead of Celine Sciamma's "Portrait of a Lady on Fire."

The Polanski controversy quickly became one of the top trending topics on French social media, with many comparing the tolerance the director enjoys from the film industry to that granted until recently to the disgraced veteran writer Gabriel Matzneff, who had written for decades about his sexual adventures with adolescents.

Matzneff, who is being investigated by French police, said on Wednesday that he regretted his sex tourism trips to Asia, claiming that at the time "no one ever said it was a crime." 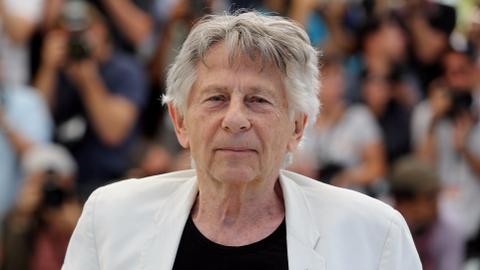