The measures, which come amid cratering ties between China and the US, are the latest in a promised series of steps intended to hit back at the US for allowing House Speaker Nancy Pelosi's visit to Taiwan.

Tensions over US House Speaker Nancy Pelosi's visit to Taiwan and China's response to the matter have snowballed into a major diplomatic row between the two world powers.

China said on Friday it was ending cooperation with the United States on a litany of key issues, including climate change, anti-drug efforts and military talks.

China also announced unspecified sanctions against Pelosi after her Taiwan trip this week prompted shows of military force from Beijing.

The measures are the latest in a promised series of steps intended to punish the US for allowing Pelosi's visit to Taiwan, a self-ruled island China considers its territory.

The world's two largest polluters last year pledged to work together to accelerate climate action this decade, and vowed to meet regularly to "address the climate crisis". But that deal looks shaky as relations sink to some of their lowest levels in years.

It added that China would "impose sanctions on Pelosi and her immediate family", without giving further details. Such sanctions are generally mostly symbolic in nature.

READ MORE: Pelosi vows US will 'not allow' China to isolate Taiwan

China also said more than 100 warplanes and 10 warships have taken part in the live-fire military drills surrounding Taiwan over the past two days.

The official Xinhua News Agency said fighters, bombers, destroyers and frigates were all used in what it called “joint blockage operations".

The drills, which Xinhua described as being held on an “unprecedented scale," are China's most strident response to Pelosi's visit. The speaker is the highest-ranking US politician to visit Taiwan in 25 years.

“China has chosen to overreact and use Speaker Pelosi’s visit as a pretext to increase provocative military activity in and around the Taiwan Strait," Blinken said at a news conference in the Cambodian capital on Friday.

Blinken told reporters on the sidelines of a meeting with the Association of Southeast Asian Nations in Cambodia that Pelosi's visit was peaceful and did not represent a change in American policy toward Taiwan.

The White House summoned Chinese ambassador Qin Gang to condemn escalating actions against Taiwan and reiterate that the United States did not want a crisis in the region, the Washington Post reported on Friday.

READ MORE: What are key developments in US-Taiwan ties? 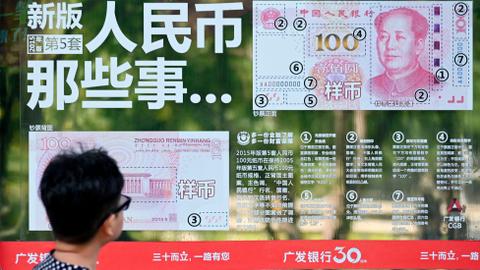