Pakistan's foreign ministry says militants crossing over from Iran earlier this week carried out a deadly attack against its armed forces in the south-western Balochistan province.

The ministry said in a letter to the Iranian government on Saturday that the assailants came from a newly-formed Baloch separatist group, Raji Aajoi Sangar, based in Iran's adjacent Balochistan province. It urged Iran to act against the attackers who had fled back across the border.

Groups operating both within Pakistan's and Iran's Balochistan provinces, which share a long border, seek independence from both countries.

The gunmen who killed 14 members of Pakistan's security forces in the country's south-west earlier this week came from Iran to carry out the attack, officials said Saturday.

Some 20 people wearing uniforms from the paramilitary Frontier Corps stopped buses in Balochistan province, which were travelling along the coast to megacity Karachi, before gunning down the security officials.

Those killed included ten serving with the navy, 3 with the air force and one with the coastguard.

"We have shared this actionable evidence with Iran after due authentication and identified the location of the camps," Qureshi said.

Pakistan has created a new Frontier Corps to more effectively control its 950-kilometre long border with Iran, he said.

The construction of a fence along its length has begun, he added.

Balochistan, which borders Afghanistan and Iran, is Pakistan's poorest province and the largest by landmass, with Sunni militant groups as well as ethnic Baloch separatists active there. 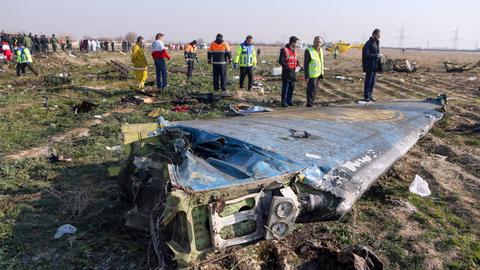