Workers are demanding higher salaries and protesting against the government's economic reforms.

Tens of millions of public sector workers went on strike across India on Friday, demanding higher wages and in protest against Prime Minister Narendra Modi's labour reforms. Workers from sectors including nursing, banking, manufacturing and coal mining, as well as hawkers and daily wage labourers are expected to take part in the 24-hour nationwide strike, organisers said.

"This strike is against the central government, this strike is for the cause of the working people," Ramen Pandey of the Indian National Trade Union Congress said. "Our strike will be 100 percent successful... we will prove that this strike is the world's largest ever."

Trade unions including the All India Trade Unions Congress, the Centre of Indian Trade Unions and the Indian National Trade Union Congress are participating in rallies across the nation.

Only one major union, the Bharatiya Mazdoor Sangh — that is loosely affiliated with the Hindu nationalist group Rashtriya Swayamsevak Sangh, the ideological parent of Modi's Bharatiya Janata Party — will not be joining the strike.

Since taking charge in May 2014, Modi has implemented a raft of economic reforms and is trying to ease labour laws to attract foreign investment and make it easier to do business in the country. The government aims to raise 560 billion rupees ($8.35 billion) through privatisation this fiscal year, and shut down some companies. Losses at 77 state-run companies exceeded $4 billion in the last fiscal year.

Finance Minister Arun Jaitley had promised that the government would release state employees' bonuses for the last two years, and increase minimum wages for unskilled labourers. However, leaders rejected his offer to raise the minimum wage for unskilled workers from 6,396 rupees ($95) per month to 9,100 rupees ($136).

Unions are seeking the introduction of universal social security as well as an increase in the minimum wage to 18,000 rupees a month because of rising prices.

The strike has disrupted normal life in Kerala, West Bengal and Uttar Pradesh state affecting transportation as well as banking, while Delhi and Mumbai were unaffected, according to local media. 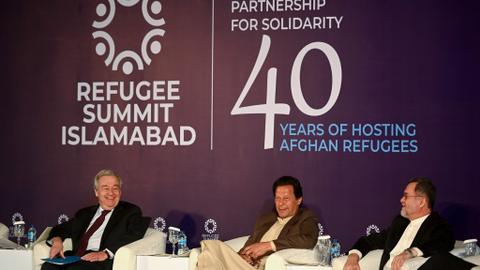