Search and rescue services are reported to have found body parts following the crash of flight JT 610 shortly after take off from Indonesia's capital, Jakarta. An Indonesian rescue official says they're not expecting to find any survivors.

An Indonesian official said search and rescue services are not expecting to find any survivors after a Lion Air flight crashed into the sea, shortly after take off from the capital Jakarta.

"We need to find the main wreckage," Bambang Suryo, operational director of the agency, told reporters.  "I predict there are no survivors, based on body parts found so far."

"My prediction is that nobody survived because the victims that we found, their bodies were no longer intact and it's been hours so it is likely 189 people have died," Suryo added.

Lion Air flight JT 610, with 189 people on board, lost contact 13 minutes after take-off from Jakarta.

Suryo was speaking shortly after rescue services were reported to have found body parts where the plane is believed to have sunk off Indonesia’s island of Java.

"The plane had requested to return to base before finally disappearing from the radar," Sindu Rahayu added in a statement.

TRT World spoke with Alex Macheras, an aviation analyst, who explained more about the plane, a very new Boeing 737 MAX 8, and possible problems investigators will look into.

Debris thought to be from the plane, including aircraft seats, was found near an offshore refining facility, an official of state energy firm Pertamina said.

The plane crashed into Karawang Bay, two nautical miles from where the plane lost contact with aircraft control.

The waters in the area are roughly 30-35 metres deep.

Indonesia relies heavily on air transport to connect its thousands of islands but has a poor aviation safety record and has suffered several fatal crashes in recent years.

In 2013, one of its Boeing 737-800 jets missed the runway while landing on the resort island of Bali, crashing into the sea without causing any fatalities among the 108 people on board.

A 12-year-old boy was the sole survivor of a plane crash that killed eight people in mountainous eastern Indonesia in August.

In August 2015, a commercial passenger aircraft operated by Indonesian carrier Trigana crashed in Papua due to bad weather, killing all 54 people on board.

Indonesian investigators' final report showed a chronically faulty component in a rudder control system, poor maintenance and the pilots' inadequate response were major factors in what was supposed to be a routine flight from the Indonesian city of Surabaya to Singapore.

Indonesia's air travel industry is booming, with the number of domestic passengers growing significantly over the past decade, but it has acquired a reputation for poor regulation.

Last year the Indonesian air traffic controllers association revealed that the rate of take-off and landings in Jakarta allowed by state-run air navigation company AirNav was more than the airport could handle, increasing the chance of accidents.

The country's carriers have in the past faced years-long bans from entering European Union and US airspace over their safety records.

Past incidents associated with Lion Air

Lion Air is one of Indonesia's youngest and biggest airlines, flying to dozens of domestic and international destinations.

Lion Air is a budget carrier and has been involved in a number of incidents.

Last year one of its Boeing jets collided with a Wings Air plane as it landed at Kualanamu airport on the island of Sumatra, although no one was injured.

In May 2016, two Lion Air planes collided at Jakarta's Soekarno-Hatta airport, while a month earlier a plane operated by Batik Air – part of the Lion Group – clipped a TransNusa plane.

In 2013 a Lion Air jet with a rookie pilot at the controls undershot the runway and crashed into the sea in Bali, splitting the plane in two. Several people were injured in the crash, although no one was killed. 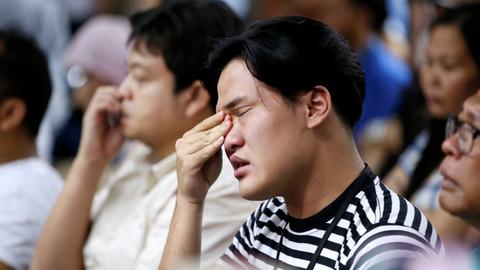 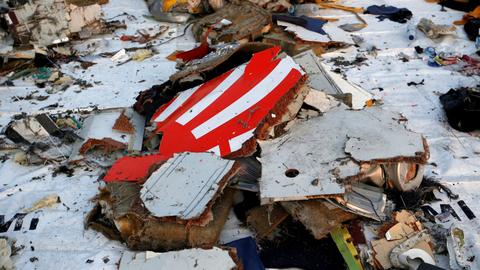