The decision, which will see Panama being among the eight, has not been universally welcomed, with some saying that the credibility of such a blacklist has been damaged barely months after it was created.

The EU will remove Panama, South Korea and six other countries from its recently unveiled tax haven blacklist in a quick reversal that drew criticism from activists.

An EU official told AFP that the bloc's finance ministers would pare down the list at talks next week, satisfied that the countries had made commitments to tax reform that Brussels will monitor.

"Barring a major surprise, EU finance ministers should remove eight countries from the blacklist of tax havens," the official told AFP on condition of anonymity.

The change of mind comes just a few weeks after the EU announced an original blacklist of 17 non-EU countries, which drew furious reaction from several of those targeted.

The United Arab Emirates, Tunisia, Mongolia, Macau, Grenada and Barbados will also be removed from the list.

The official said the countries removed from the list now move to the EU's so-called "grey list," jurisdictions that have made unspecified commitments to the EU on reforming their tax laws.

"It's a good sign, since the purpose of a list is to get out and to get off of it you have to solve the problems that are identified," Moscovici added.

The lists came a year on from the leak of the "Panama Papers" – a massive amount of data from a prominent Panamanian law firm showing how the world's wealthy stash assets.

The EU originally screened a total of 92 countries to draw up the list, which is expected to be continuously updated.

"This is a worrying trend. Just one month after adopting the list they are taking people off," Aurore Chardonnet, an EU tax policy advisor at Oxfam, said.

"They are weakening the credibility of the list ... which is becoming empty," she added.

At the time of its adoption in December, the 28 members of the EU failed to agree on possible sanctions against blacklisted countries.

While France's finance minister, Bruno Le Maire, pleaded for sanctions, his Luxembourg counterpart, Pierre Gramegna, was less in a hurry, "It's bad enough to be on the blacklist."

Saint Lucia, Trinidad and Tobago, as well as Bahrain, Guam, the Marshall Islands, Palau, Samoa, American Samoa and Namibia remain on the blacklist. 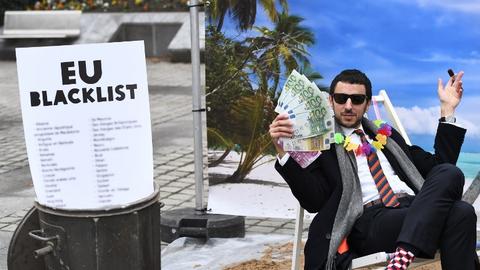 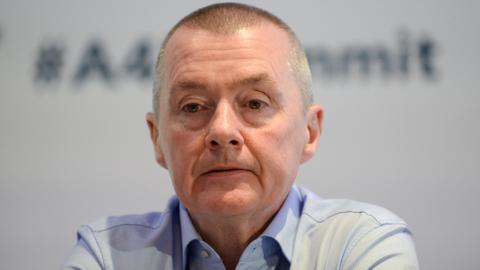