Countries across the world continue to ramp up efforts to fight Covid-19, which has infected more than 1.1 million people and killed around 60,450, a majority of them in Europe. Here are the latest updates for April 4:

The coronavirus pandemic has killed over 60,000 people worldwide, nearly three quarters of them in Europe, since it emerged in China in December, according to a tally compiled by AFP news agency at 1330 GMT from official sources.

A total of 60,457 deaths have been recorded, including 45,000 in Europe, the continent worst hit by the virus.

The official tallies probably reflect only a fraction of the actual number of cases.

The death toll from epidemic in Italy rose by 681 to 15,362, a somewhat lower rise than those seen in recent days, while the number of patients in intensive care fell for the first time, the Civil Protection Agency said on Saturday.

The total number of confirmed cases rose to 124,632 from 119,827 reported on Friday, an increase of 4,805, slightly higher than the numbers over recent days which have encouraged hopes that the spread of the disease has reached a plateau.

Of those originally infected nationwide, 20,996 were declared recovered on Saturday, compared with 19,758 a day earlier.

There were 3,994 people in intensive care, down from a previous 4,068, the first time the total had fallen since the outbreak of the epidemic in northern Italy on February 21.

Death toll reaches to 501 in Turkey

Turkey confirmed that 76 more people died from the coronavirus in the country over the past 24 hours, bringing the death toll to 501.

The total number of confirmed coronavirus cases surged to 23,934 as 3,013 more people tested positive for the virus in a day, according to data Health Minister Fahrettin Koca shared on Twitter.

So far, a total of 786 patients have recovered and been discharged from hospitals, while 1,311 patients are currently under intensive care units, Koca said. The recovery rate demonstrated a significant rise.

Also, 19,664 tests were conducted on Saturday, and the number of overall tests carried out so far reached 161,380.

France on Saturday reported 441 coronavirus deaths in 24 hours, lower than the record number of 588 the previous day.

This brought the total to 7,560 deaths since the epidemic began, top health official Jerome Salomon told reporters. Of these, 5,532 died in hospital.

Dubai announced a two-week lockdown starting on Saturday at 1600 GMT to disinfect the emirate and contain the spread of the coronavirus, state news agency WAM said, the citing Supreme Committee of Crisis and Disaster Management.

Dubai warned that mobility would be restricted and legal action taken against violators, WAM said, adding that supermarkets and pharmacies as well as food and drug delivery services would continue to operate as normal.

The oil-rich federation has reported an uptick in coronavirus cases with several hundred people diagnosed since April 1 and a total number of cases of 1,505.

Britain on Saturday reported 708 more deaths from Covid-19 in a new daily high, as the number of confirmed cases rose to nearly 42,000.

The toll has been steadily increasing at more than over 500 deaths a day this week and the country is bracing for an expected peak in the next week to 10 days.

Prime Minister Boris Johnson, who is in self-isolation after developing mild symptoms of the disease, ordered a three-week lockdown of the country on March 23 to try to cut infections.

Meanwhile, Spanish Prime Minister Pedro Sanchez announced on Saturday the extension of the country's lockdown until April 25 in order to curb the spread of the novel coronavirus.

"The cabinet on Tuesday will again ask for authorisation from parliament to extend for a second time the state of alert until Saturday April 25 at midnight,' Sanchez said in a televised speech.

Spain has 11,744 fatalities and 124,736 infections and from the pandemic. It is on pace with Italy as the countries with the most infections after the United States.

But the expansion of the outbreak is slowing and Spain’s hospitals have helped over 34,000 recover from the virus.

Death toll at 540 in Switzerland

Switzerland on Saturday saw the number of cases of the new coronavirus in the country pass 20,000, as its death toll in the pandemic swelled past 500.

The Health Ministry said 20,201 people in Switzerland had tested positive for Covid-19 as of Saturday morning –– nearly 1,000 more than a day earlier.

The small Alpine country of some 8.5 million people is thus one of the worst hit compared to population size, now counting 236 registered infections per 100,000 people.

At the same time, an additional 76 people died over the past 24 hours, bringing Switzerland's death toll in the pandemic to 540, the ministry said.

The United States has the highest official number of infected people with 278,458 diagnosed cases, 7,159 deaths and 9,772 recoveries.

Americans on Saturday came to grips with recommendations to wear masks against the coronavirus.

President Donald Trump's administration on Friday suggested widespread use of simple masks or scarves might help slow the spread –– even if the US leader said he himself wouldn't be following the advice.

"It's going to be really a voluntary thing," Trump said. "You don't have to do it and I'm choosing not to do it, but some people may want to do it and that's okay."

Iran's death toll from the coronavirus outbreak climbed to 3,452, with 158 more fatalities recorded over the past 24 hours, Health Ministry Spokesman Kianoush Jahanpur said.

The total number of cases diagnosed with the disease reached 55,743, of whom 4,103 are in critical condition, he said on state TV.

Iran is the country worst affected by the pandemic in the Middle East.

That took the country's total to 3,483 confirmed infections and 57 deaths, the health ministry said.

In a bulletin, the health ministry said a total of 144 people have died in the Philippines while 3,094 were infected, the majority of whom were reported in the past four weeks.

Bangladesh has reported two more deaths and nine more cases of infection from the novel coronavirus.

The total death toll stands at eight while the number of people infected with Covid-19 rose to 70 since March 8 when the first case of infection was declared, said Meerjady Sabrina Flora, director of the Institute of Epidemiology, Disease Control and Research.

Experts say the number of cases could rise over the next few weeks as authorities have increased testing facilities across the South Asian country.

China came to a standstill to mourn patients and medical staff killed by the coronavirus as the world's most populous country observed a nationwide three-minute silence.

At 0200GMT, citizens paused, cars, trains and ships sounded their horns, and air-raid sirens rang out in memory of the more than 3,000 lives claimed by the virus in China.

In Wuhan – the city where the virus first emerged late last year – sirens and horns sounded as people fell silent in the streets.

South Korea said it will extend its intensive social distancing campaign scheduled to end on Monday by two weeks in a bid to curb the rate of coronavirus infections to around 50 a day.

The country has largely managed to bring under control Asia's largest epidemic outside China with around 100 or fewer new daily cases. But smaller outbreaks in churches, hospitals and nursing homes, as well as infections among travellers, continue to emerge.

The World Bank has given Pakistan $200 million in aid to help the most vulnerable as the country deals with the coronavirus pandemic with a lockdown that Prime Minister Imran Khan says will continue until April 14.

The money will be used to provide social protection measures, as well as food for the poorest and education supplies for the millions of children out of school.

Australia reported more signs that the spread of the novel coronavirus has been stabilising, as New South Wales health authorities defended the disembarking in mid-March of a virus-hit cruise ship.

According to the federal health ministry data, there were 230 new cases of the coronavirus in the 24-hour period to early Saturday in Australia, bringing the total to 5,454 cases. This suggests the daily increase rate has continued to stay at around 5 percent in recent days, significantly lower than the 30 percent jumps seen two weeks ago.

Twenty-eight deaths so far have been related to Covid-19, the disease caused by the virus.

Seven deaths and more than 600 coronavirus cases have come from one cruise ship alone – Carnival Corp's Ruby Princess, which disembarked in Sydney in March despite health officials knowing of the risk of coronavirus aboard the ship.

The US recorded nearly 1,500 deaths from Covid-19 between Thursday and Friday, according to the Johns Hopkins University tracker, the worst 24-hour death toll globally since the pandemic began.

With 1,480 deaths counted between 0030GMT Thursday and the same time Friday, according to the university's continuously updated figures, the total number of people who have died since the start of the pandemic in the US is now 7,406.

The Falklands Islands government has confirmed the territory's first case of the new coronavirus.

A patient tested positive after being admitted to hospital with symptoms on March 31, according to a statement released on Friday that said they were in isolation and in "stable condition".

Located in the southern Atlantic Ocean, the British overseas territory had been among a dwindling number of remote places that have reported no Covid-19 cases during the pandemic.

Health authorities in the Falklands – home to 3,400 people – have been sending samples to the UK for testing, the statement said.

Mexico's health ministry said that the number of people who have died of coronavirus in the country has risen to 60, up from 50 a day earlier. It registered a total of 1,688 coronavirus cases, up from 1,510.

Mainland China reported on Saturday 19 new confirmed cases of coronavirus, down from 31 a day earlier, including one new infection in central Hubei province, the epicentre of the outbreak in the country.

Of the new cases, 18 involved travellers arriving from abroad, the National Health Commission said in a statement. The new infections bring the total number of confirmed cases in mainland China to 81,639 as of Friday. 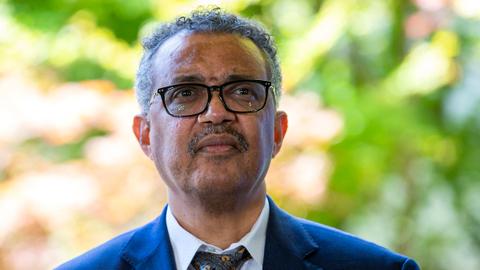 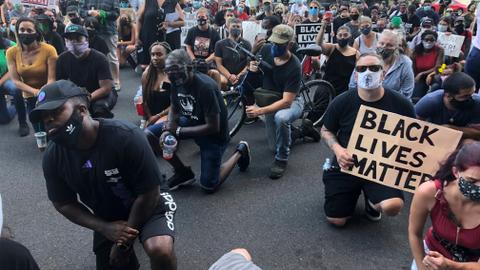