Turkey aims to bypass the second wave and reopen for tourism

After three months of Covid-19 lockdown, the Turkish government is finally allowing domestic and international flights and letting bathhouses, hotels and historic sites to reopen for tourists.

Turkey is reopening to domestic and international tourism after months of lockdown because of the coronavirus pandemic, sparking excitement among travel agents and hoteliers.

Alex Varlik, the co-founder of Georges Hotel in the heart of Istanbul’s Beyoglu district, admits that “as with the rest of the industry we too suffered a major decrease in occupancy for March, April, May and even June”. But he sounds optimistic, too, saying the pace of the country's economy is starting to pick up after months of closures.

Varlik says that while complete 'normality' may be a long way off, hotel reservations have started to "pick up" since the second half of June.

“Unless there is a second wave of contagion, we will be able to reach normality next year, 2021 around the end of March, beginning of April, Easter period,” he tells TRT World in an email interview.

Varlik's hotel is near the famed Galata Tower (once called Christea Turris by the Genoese, meaning the Tower of Christ in Latin).

The government's attention has also turned to airline operations. The country’s flag carrier, Turkish Airlines, has begun a new campaign publicising its international and domestic flights and emphasising the health precautions it has taken to ensure the safety of its staff and its passengers.

The airline will only fly to two destinations in the Far East: two flights per week to Hong Kong (as of June 24) and Seoul (as of June 24). It says that it is working on increasing the number of flights and destinations on all continents, but for now, flights to many destinations are less frequent to prevent overcrowding at the airport.

Passengers will be required to get an HES (Hayat Eve Sigar - Life Fits Inside Home) code in order to fly internationally, clearing them for takeoff by proving they are not infected or under quarantine.

Turkish Airlines’ Senior Vice President of Media Relations, Yahya Ustun, tweeted on 2 June that “From Basel to Gaziantep, from Frankfurt to Elazig… As of June 18, we will begin to fly from 16 cities in Europe to 14 points in Anatolia. As the flag carrier, we will shorten the distances to our homeland, bring our guests to their loved ones in less time.”

Other openings include Turkey’s famed bathhouses, known as hamams. The owners say they are taking full precautions against the transmission of coronavirus, which involve asking bathers to sanitise their hands before entering the building, and having their temperatures taken before they can enter the communal areas.

All bathers are assigned separate spaces in the changing rooms, and once inside the hamam’s stone chambers, each one can have an individual attendant soaping and massaging them.

Within famed architect Mimar Sinan’s Cemberlitas Hamami, an awe-inspiring building that dates back to the 16th century,  Ayna Nurberdiyeva, who works at the hamam, says bathers are only allowed to remove their masks when they enter the hamam, even though some prefer to continue wearing them as a safety measure.

The attendants, “tellaks” for men and “natirs” for women, keep their masks and visors on at all times as they work on their bathers in the designated men’s and women’s areas.

Bather Mustafa Keskin tells Reuters that he feels safe in the hamam despite the looming threat of the coronavirus: "When they take these measures, we don't experience any problems. This is our old culture. They say the virus goes away in the heat of the hamam anyway."

Cultural sites reopen albeit with restrictions

The ancient Greek city of Ephesus, near the Aegean coast in Izmir, has reopened along with other national museums and archeological sites throughout Turkey as of June 1, 2020.

Director of the Ephesus Museum, Cengiz Topal, has told Anadolu Agency that the open-air site will limit entry to 650 people at a time to observe social distancing rules. “We believe that the total visit number will vary between 4,500-6,000 during the day."

The Unesco World Heritage site, dating back to 6,500 BCE, is normally visited by 10,000 people daily, Topal said. In 2019, before the coronavirus caused a worldwide disruption in tourism, the site attracted close to two million tourists and history enthusiasts.

Hotels getting ready for the tourist season

Although Varlik, the Istanbul-based hotelier, did not shut the doors of Georges Hotel during the height of the pandemic, he was able to ensure the safety of its staff and guests: “We wanted to stay and defend our ground like the other grand classic, a witness to the last two centuries Pera Palace, …[that] did not close its doors during two world wars and countless upheavals.”

Varlik also adds that “The fact that we are a boutique hotel helped as we only have eight staff members whom we can be in control of at all times. We know everything about their movements and luckily we have had no issues even during the deepest days of the pandemic.”

He believes that tourism as a whole will change after the pandemic. “Gone are the days of 'all inclusive' deals, endless open buffets, small rooms side by side by the hundreds, people literally on top of each other at the beaches and pools, restaurants and bars,” he says.

He foresees smaller, personalised establishments with very high standards of service and security, “a focus on space and with it, gentle luxury. Culture will be more important than the product in the coming years.”

Varlik recommends industry actors to go for personalisation during this challenging time, making sure that their brand reflects all the values it claims to represent and allows people to feel ownership of the brand.

Varlik thinks survival in what he calls “this war” will depend on “a healthy balance sheet, stable ownership, increased flexibility, adaptive and innovative approaches to the times.”

In the new normal, he says, those who think they can overcome the matter only by making a couple of small adjustments will disappear. “Those who remain will create a new and better industry with a broader understanding and empathy for people's personal, deeper needs rather than purely profit-oriented mechanisms.”

“After all,” Varlik says, “we all travel to find a reflection of ourselves at the other end of the world.” 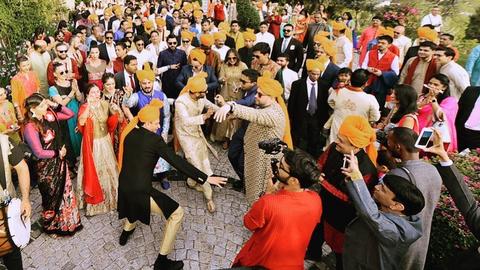