What is Facebook’s new ‘oversight board’?

Facebook’s new oversight committee is built to take the mystery out of what is allowed on its platforms, and what isn’t.

Social media giant Facebook has announced the initial 20 members for its oversight board, a quasi-independent panel that is tasked with making decisions on contentious issues.

The board’s members were named by Facebook and hail from a broad swathe of regions around the world. They include Tawakkol Karman, a Nobel Peace Prize laureate from Yemen, Alan Rusbridger, the former editor-in-chief of the British newspaper The Guardian, and Helle Thorning-Schmidt, the former prime minister of Denmark.

Here are some key features of Facebook’s oversight board.

Which issues will be reviewed by the oversight board?

The oversight board, also referred to as Facebook’s “Supreme Court” will decide on whether individual pieces of content should be allowed on the site.

It can also recommend changes to Facebook’s content policy, based on a case-by-case decision or at the company’s request.

The committee’s first task is to review posts, videos, photos and comments that the company has decided to remove from Facebook or its photo-sharing site Instagram, but eventually it will handle cases of live content. Nudity, violence or hate speech are some of the primary issues the board will review.

Facebook has said the board’s remit will in the future include ads, groups, pages, profiles and events, but it has not specified a time frame.

In its first stage, the board will look at “dozens” of cases. In 2019, users appealed to remove nearly 10 million posts. However, the cases, which the board members will look at, will be chosen to represent a wider relevance to patterns of content disputes.

How the board works

After Facebook's regular reviewing process, the user who disagrees with the final decision will have 15 days to submit a case to the board through its website.

The board will lean towards “significant and difficult” cases.

Each case will be reviewed by five members of the committee, at least one from the same geographic region in which the content originated, then their decision will be finalised by the whole board.

The decision - which is binding unless it violates the law - must be made and implemented within 90 days, though Facebook can ask for a 30-day expedited review for exceptional cases, including those with “urgent real-world consequences”.

Board decisions will be published for the public and users will be informed about the review.

You can find more information about Facebook's proposed bylaws here.

The oversight board will eventually comprise nearly 40 members selected from a wide range of fields of expertise and geographical locations.

From former US federal circuit judge Michael McConnell and constitutional law expert Jamal Greene from the United States to the Colombian attorney Catalina Botero-Marino and former Danish Prime Minister Helle Thorning-Schmidt are just four of the members of the oversight board.

The members, who will work part-time, so far include constitutional law experts, civil rights advocates, academics, journalists, a Nobel Peace Prize laureate, and a former judge of the European Court of Human Rights. 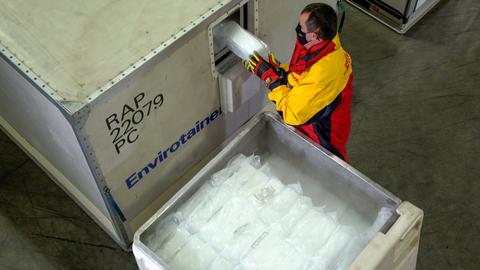