Amrullah Saleh: Why is he on Afghanistan’s hit list?

1
Turkey set to consolidate its presence in Idlib
2
Divide and rule: How the UAE is wreaking havoc in war-torn Yemen
3
US Democrats warn Egypt on prisoners, urge release
4
New Indonesian legislation will lead to large-scale deforestation
5
Azerbaijan: Int'l community should impose sanctions on Armenia

The Taliban denies any involvement in targeting Saleh, but experts think the latest attack was aimed at 'poisoning' the upcoming intra-Afghan talks.

Amrullah Saleh, the first vice-president of Afghanistan, who has survived several assassination attempts, was targeted once again in the capital Kabul ahead of the planned intra-Afghan peace talks with the Taliban.

A powerful political figure in the country, Saleh was targeted with a high-intensity bomb, which killed at least 10 people on Wednesday morning. He was slightly injured in the attack.

No militant group, including the Taliban, has thus far claimed responsibility for the attack.

Saleh, the 46-year-old former intelligence chief, has fought with different enemies ranging from the communist Soviet Union occupiers, to the Taliban and Al Qaeda. In the past decade, he has shown an unwavering stance against the Taliban.

He has been a strong critic of the US-initiated Taliban talks and at the beginning of it, he categorically refused to talk to the Taliban leadership. Most recently, however, his approach towards the Taliban had softened, he showed some willingness to engage with the insurgent group.

For regional experts, it is hard to accuse the Taliban for the attack in light of Saleh's changing stance towards the intra-Afghan dialogue.

“Even he has recently said he will talk to the Taliban,” says Kamal Alam, a military and security analyst, indicating that the Taliban could not be behind the attack.

“Saleh is no friend of the Taliban so if they deny it [the attack], it means it wasn't them,” Alam told TRT World.

Alam was quick to strike a cautious note, however, saying “you never know” who the real perpetrator could be.

There are “spoilers” who want to kill the US-sponsored Afghan peace talks, which aim to withdraw American troops from the war-torn country before the November elections, according to Alam.

There could be “an inter-division of various Afghan stakeholders,” which could lead to this kind of attack, Alam analyses.

“Isis (Daesh) could be. They don't have a local political agenda however,” the analyst said.

According to the US-Taliban deal, the Afghan group will stop targeting US and Western-led coalition troops, promising to give no support to groups like Al Qaeda.

Saleh, an ethnic Tajik, who became an orphan in his childhood, grew up with war all around. Throughout his childhood and teenage years, his country was fighting the communist invaders from Moscow.

In the early 1990s, he joined the-Mujahideen movement, who was fighting against the communist Soviets, on the side of Ahmad Shah Masoud, a legendary Tajik leader, who also survived several assassination bid, some of them were miraculous escapes. But he wasn't lucky enough on September 9, 2001, the day when he finally fell prey to his killers.

As a leading figure of the Northern Alliance, which fought against the Taliban, he became the intelligence chief of the US-backed Afghan government under then-President Hamid Karzai following Washington’s invasion of the country in 2001.

In a country where corruption and incompetence have been widespread for decades, he appears to be a rare defender of reform against illicit practices.

“Saleh is the most outspoken and openly brave Afghan when it comes to surrendering the Afghan state,” says Alam. “He is also arguably the most influential security advisor of [Afghan President Ashraf[] Ghani with decades of high end intelligence experience.”

He also seems to have an intellectual mindset.

“He is perhaps the only Afghan politician I know who is an avid reader – the depth of his analysis is impeccable. I have not seen any leader of his generation who is as well-read and creative,” said Bilal Sarwary, an Afghan journalist.

But, like many other politicians and security leads, Saleh also appears to have a dark side.

Human Rights Watch documented that numerous torture incidents of detainees had happened under his watch as the head of the country’s intelligence apparatus between 2004 and 2010. Saleh denies any intentional wrongdoing.

Saleh has kept well-established links with foreign intelligence agencies. He has long been curious about Al Qaeda moves across the tenacious Afghan-Pakistan border and suggested that Osama Bin Laden could be hidden in Pakistan, a country with which Saleh has an uneasy relationship due to the country’s support of the Taliban.

Why has he been so often targeted?

Saleh has dodged many attacks and has been known to update his will from time to time given these assaults and assassination attempts.

“I am a very, very legitimate target,” said Saleh, defining his status in an interviewwith a Western media outlet in 2009. “And if they kill me, I have told my family and my friends not to complain about anything because I have killed many of them –with pride,” he said, referring to his enemies.

Nearly a year ago, his headquarters in the capital were targeted by a coordinated suicide and gun attack, killing at least 20 people. The attackers even entered his office located on the top floor of a four-storey building. He jumped off the roof onto a nearby building, saving his life in the process.

That attack was also not claimed by the Taliban.

“He says join us or we will fight you,” says Alam, describing Saleh’s hardline political philosophy.

“He's honest and blunt. This is why he gets targeted,” Alam explains.

“He doesn't want any non-state group [like the Taliban] to challenge the state,” he added, attempting to explain Saleh’s political motivations.

Despite all this, Saleh appears to talk to the Taliban as the country sinks into a deep political and economic crisis.

“People are fed up and want some talks,” says Alam.

He is not opposing the intra-Afghan talks anymore, Alam says. “But wants the government and state in control. Peace talks but not on Taliban terms.”

That, though, could be an impossible mission even for a survivor like Saleh.

The Taliban controls more than half of Afghanistan and has continued to attack Afghan security forces even during its peace negotiations with the US, a super power willing to come to terms with the armed group after fighting it for nearly two decades.

Two weeks ago, a series of attacks against the government’s military posts across the country killed at least 20 security personnel.

After these seemingly orchestrated-attacks, the Taliban spokesman, Mujahid, who denied any involvement of today’s attack on Saleh, issued a statement saying that the bombing “flattened most parts of the base and killed 61 commandos" of the Afghan army. 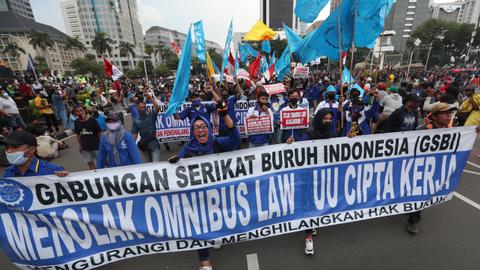 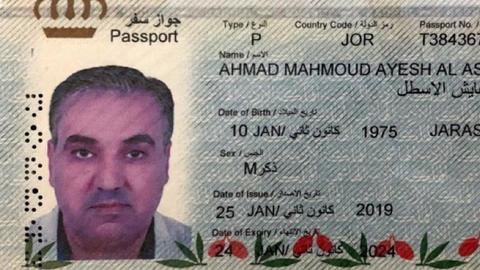 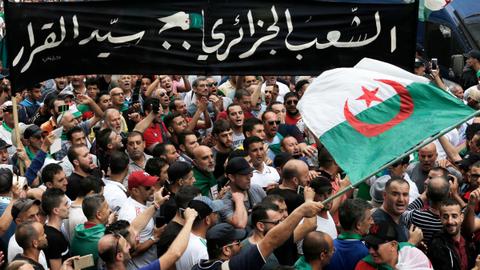 1
Turkey set to consolidate its presence in Idlib
2
Divide and rule: How the UAE is wreaking havoc in war-torn Yemen
3
US Democrats warn Egypt on prisoners, urge release
4
New Indonesian legislation will lead to large-scale deforestation
5
Azerbaijan: Int'l community should impose sanctions on Armenia