The US, which has previously fought the Wagner group in Syria, says the UAE gave logistical help and air cover to mercenaries accused of atrocities in Libya.

In a rare public rebuke of its Gulf ally, the United States has accused the UAE of supporting the Russian mercenary group Wagner in Libya with financial and logistical support, as well as air cover.

The mercenary force, which is close to the Kremlin, has been fighting in support of Abu Dhabi’s preferred warlord in the country and is accused of carrying out atrocities, including summary executions of troops loyal to the UN-recognised Government of National Accord (GNA).

American forces have also previously fought Wagner in Libya, including one engagement in 2018, in which scores of Russian mercenaries were killed during an attack on a US base in Deir Ezzor.

The Pentagon estimates that there are around 2,000 Wagner mercenaries based in Libya with concentrations around the strategic city of Sirte, which remains in Haftar’s hands after his expulsion from positions around the capital Tripoli and western Libya by the GNA.

Accusing the UAE of involvement with Wagner comes at a time of heightened sensitivity in relations between Washington and Abu Dhabi.

The Trump administration, which has given the UAE diplomatic cover as it proceeds with its regional adventurism, is trying to force through a $23 billion arms deal to the Gulf state before the incoming Biden administration can move to block it.

Included in the sale are F-35 fighter jets and reaper drones, which the UAE says it needs to counter the threat from Iran.

But critics, including US lawmakers from sides of the aisle believe that the weapons will be used to bolster Abu Dhabi’s aggressive foreign policy, which includes participation in the war in Yemen, where 233,000 people have been killed since the Saudi-Emirati bombing campaign began in 2015, according to the UN.

Democratic senators, Chris Murphy and Bob Menendez, and their Republican colleague, Rand Paul, have introduced a resolution aimed at blocking the sale.

Murphy explained why he was looking to stop the deal in a series of tweets on Wednesday, in which he said that he recognised the UAE’s role as a US ally but warned its recent  behaviour was endangering regional stability in the Middle East.

The lawmaker cited the UAE’s role in killing thousands in Yemen, breaking the international arms embargo in Libya, and arming “extremist” militias  in Yemen using US manufactured weapons.

Murphy wrote: “It begs the question why the U.S. would reward this behavior with a record setting arms sale agreement. At the very least, we should receive clear, unbreakable assurances that the UAE's conduct in Libya and Yemen will change. That hasn't happened.”

Other concerns raised by the senator include the fear the UAE’s close relationship with Russia and China will result in American military secrets falling into their hands and the fear that supplying the UAE with advanced weaponry will encourage a regional arms race.

According to the New York Times, such fears are believed to be shared by the incoming Biden administration, particularly Emirati involvement in the Yemen war. As the transfer of arms takes several years, the former vice president could have time to reverse or waterdown the deal.

Israel, which has rapidly formed a strong military and political alliance with the UAE, since the signing of a normalisation deal in August is not opposed to the sale, as it is assured its military advantage in the region will not come under threat.

Despite being a country of just 1.4 million people, Abu Dhabi has used its significant oil wealth to throw its weight around in the region.

Under the de-facto leadership of Crown Prince Mohammed Bin Zayed, the UAE has embarked on a campaign to roll back the Arab uprisings that started in 2010, which demanded the end of autocratic rule.

Worried that the revolutions would result in the loss of his autocratic allies and allow Islamic parties to play a role in governing Arab countries, Bin Zayed had committed his country to military engagements in a number of Arab states, while funding reactionaries in others.

Notable victories include the overthrow of Egypt’s first and only democratically elected president, Mohamed Morsi, and his replacement with the military dictator, Abdel Fattah el Sisi.

However, it has not been all plain sailing. In Libya Turkish support for the GNA pushed the UAE-backed Haftar away from the Libyan capital, Tripoli and keeps him on the backfoot to this day. In Yemen, pro-UAE forces have failed to relinquish the Houthi hold on the north of Yemen and have instead focused on a secessionist campaign against the Yemeni government. 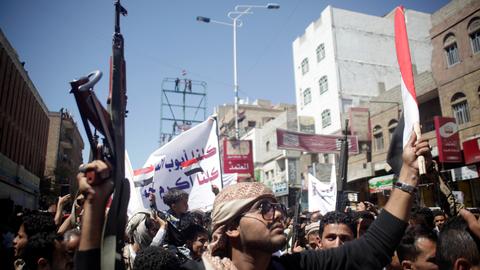 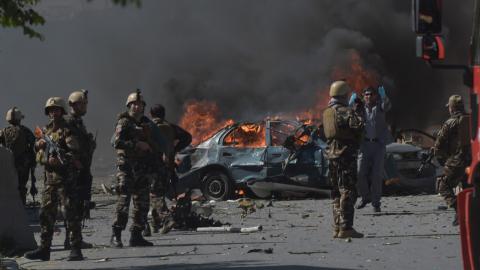