Hamas official says the visit will review the recent intra-Palestinian talks in order to gather international support to ensure the reconciliation process succeeds.

A delegation from the Palestinian Hamas group has headed to the Russian capital Moscow to continue intra-Palestinian dialogue aimed to unite Palestinian groups.

Qanoa said the visit will review the recent intra-Palestinian talks in order to gather international support to ensure the reconciliation process succeeds.

He, however, said before heading to Moscow, the Palestinian groups should agree on ending the internal divisions.

In August, Russia announced it will invite Palestinian groups to meet in Moscow to reconcile Hamas and Fatah.

In February 2019, Moscow sponsored intra-Palestinian talks for 12 Palestinian groups where they agreed to confront the US' so-called "Deal of the Century."

Fatah and Hamas also held talks in Turkey in September during which they agreed to hold legislative and presidential elections.

Both parties have remained at odds since Hamas seized Gaza from Fatah in mid-2007 after several days of street fighting.

In 2017, the two factions signed a reconciliation agreement in Cairo in hopes of ending years of animosity and division.

Terms of the agreement, however, have never been implemented amid deep-seated differences between the two movements. 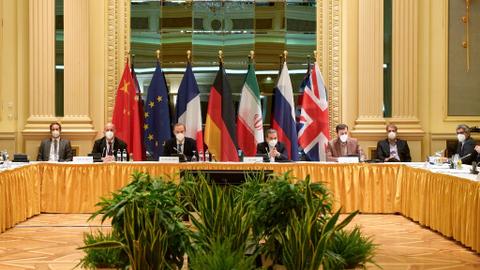