In a TRT World exclusive, a retired Syrian general, now part of the opposition, tells us about the Syrian army's "humiliating" defeat at the hands of the Israeli Air Force and how the S-300 might ensure that never happens again.

In an official statement made last Monday, Russian Defence Minister Sergei Shoigu announced President Vladimir Putin’s decision to “transfer the missile defence system to the Syrian armed forces” as a “response measure.” This came on the same day Moscow accused Israeli pilots of “premeditated actions” over the downing of a Russian plane in Syria last week.

But what exactly does the transfer of the S-300 missile system to the Assad regime mean for Israel and the region amidst deteriorating relations between Russia and Israel?

“The S-300 is capable of intercepting air threats at a range of more than 250 kilometres and simultaneously hitting several aerial targets,” Defense Minister Shoigu boasted in a press conference. “Russia will also jam satellite navigation, on-board radars and communication systems of combat aircraft, which attack targets in the Syrian territory, in the regions over the waters of the Mediterranean Sea bordering with Syria,” he added.

Speaking exclusively to TRT World, a retired Syrian general who now supports the Free Syrian Army commented on what the defence system would mean for Israel, Assad and the region.

As a former veteran who fought against Israel, he believes “the S-300 will be a game-changer and end Israel’s ability to strike with impunity. The Assad regime was using outdated Soviet technology before, and suffered losses of nearly 100 percent against the Israeli Air Force in 82.” Now, “Israelis will be limited to night-time sorties. Planes taking off from Tel Aviv Airport will show up on the S-300, they can’t hide that. But flying at night will make it easier for them to avoid anti-aircraft fire,” he said

The retired general explained, “In 1973, Russian high and medium-altitude missile systems that were the father of today’s S-300 forced Israelis to fly low into anti-aircraft fire where they are vulnerable. They lost hundreds of planes. This is also what the Vietnamese did to the Americans.”

Israeli military analyst Sharad Joshi warned of this in his infamous paper, Israel’s Nuclear Policy: A Cost-Benefit Analysis, saying “the same Israeli Air Force, which had practically demolished the entire Egyptian Air Force in the first few hours of the 1967 war, was neutralised for the early part of the 1973 war.”

It would appear that Israel has much to lose. The S-300 is a development of the S-75 missile that famously shot down the U-2 spy plane over Russia in 1960, during the Cold War.

Robert Hewson, IHS Jane’s air power analyst, forecasted that the Israeli Air Force would nonetheless succeed in Syrian operations, while warning that it would be the most challenging air defence it has faced to date. “Israel has had nasty surprises from these things before,” he said, noting its steep losses to the Soviet anti-aircraft missiles used by Syria and Egypt in the 1973 war. Israel admits to losing 300 aircraft. The actual figure has not been determined.

It seems clear however, that for Russia, the transfer of the S-300 at this stage of the Syrian conflict is to save face. In the case that the S-300 is destroyed or fails to operate as advertised, it would harm the image of Russian geopolitical strength.

While Putin has expressed interest to Netanyahu in investing in Mediterranean gas fields through Israel during the Sochi talks held on May 14 – according to a Reuters report that interviewed Israeli cabinet Minister Silvan Shalom – it is unlikely to reduce Putin’s support for Assad.

Zvi Magen, former Israeli ambassador to Russia, has also disavowed this view while noting, “There’s too much at stake here for the Russians,” referring to Moscow’s strategic interest in maintaining its last foothold in the Middle East.

Russia has previously deployed point defence missiles to Syria. If Russia does deploy their latest technology to Syria, with several systems networked together into an integrated air defense system, it would be a nearly insurmountable challenge for most fourth-generation fighters. As one senior US Marine Corps aviator stated, the S-300 series is deadly. “A complete game changer for all fourth-gen aircraft [like the F-15, F-16 and F/A-18]. That thing is a beast, and you don’t want to get near it,” he said.

Failing the use of stealth aircraft such as the F-35 or electronic-warfare counter-measures, close-in weapon systems (CIWS) are expected to prove effective for detecting and destroying incoming missiles and enemy aircraft that penetrate defences.

Relevantly enough, the Scientific and Technological Research Council of Turkey (TUBİTAK) is the second organisation after the US to have developed and tested a High Power Laser CIWS prototype system intended for the TF-2000 class naval frigate and Turkish airborne systems.

Russian Foreign Minister Shoigu justified Russia’s delivery of the S-300, stating, “We are convinced that the implementation of these measures will cool hotheads and prevent ill-considered actions threatening our servicemen. Otherwise, we will have to respond in line with the current situation."

It remains to be seen what the S-300’s delivery to the Assad regime will bring about in the region, but it would definitely mark a “significant escalation” of the situation, said US National Security Advisor John Bolton at a press conference to mark the beginning of the annual UN General Assembly in New York on September 24, 2018. 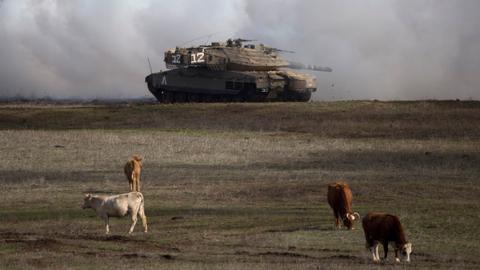 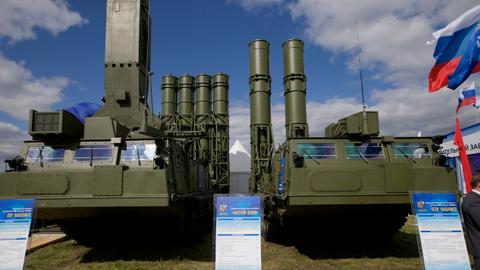