Turkey-Libya ties are becoming a game-changer in the region

After Turkey and Libya's deal was registered by the UN the two sides have deepened their relationship.

Recently, the UN registered the Turkey-Libya deal on the delimitation of maritime jurisdiction areas in the Mediterranean.

On November 27, 2019, Turkey and Libya’s legitimate government, the GNA, signed two separate memorandums of understanding (MoU), one on military cooperation and the other on maritime boundaries of countries in the eastern Mediterranean. The agreement enables both Turkey and Libya to protect their rights and interests in the eastern Mediterranean waters.

Greece, Egypt, Israel and the Greek Cypriot Administration (GCA) have previously signed maritime agreements, excluding Turkey, to draw up their respective Exclusive Economic Zones (EEZ) in the eastern Mediterranean and starting their own exploration efforts.

Libya’s Prime Minister Fayez al Sarraj recently declared his departure and willingness to hand over authority to a new government by the end of October – but that could change. Turkish President Erdogan recently described Sarraj’s resignation decision as saddening.

According to Ibrahim Kalın, presidential spokesperson for the Turkish Presidency, Sarraj’s decision to resign will not affect the country’s cooperation and agreements with Turkey. “These agreements will not be affected by this political process because these are decisions taken by governments, not individuals,” Kalın said.

In recent months, there has been a drastic change on the ground in Libya, the UN-backed GNA, with significant support from Turkey, has broken the siege of Tripoli by Haftar’s self-declared Libyan National Army (LNA), backed by the United Arab Emirates (UAE), Egypt, Russia and France.

The Turkish government helped the UN-backed government in a moment of need while other countries have mostly failed to give practical support to the GNA, despite their official stances of recognising it as the legitimate government entity. As a result, Turkey has become a more reliable partner for GNA against Haftar and his backers. Turkey has become a vital factor in Libya internally and also on a global stage.

Most recently, Libya’s UN-backed GNA and the Turkish government met in Istanbul with strong representation on both sides. They agreed to boost cooperation in security, defence, economic and investment fields. Since Libya’s UN-backed government signed a military corporation agreement with Turkey, the operational capacity of the GNA has developed, and Ankara continues to support Libyans in training and consultations in security and military fields.

Turkey could provide more resources, including exploration and drilling operations in order to increase oil production in the country.  Libya has unique advantages as an oil producer, and its reserves remain significant: with over 48 billion barrels, or just under 3 percent of the world’s total, the deposit is Africa’s largest.

The Libyan economy has experienced a serious decline because of fighting over the control of oil fields, naturally resulting in a decline in production. However, Libya’s oil output has recently risen to 295,000 barrels following a truce and the lifting of a blockade on energy facilities.

The majority of Libyans seem to remain uneasy that current backroom deals could fail and reignite the conflict. Over the past four years, attempts to find a political settlement to Libya’s ongoing conflict have failed at several conferences. However, the latest ceasefire call might serve as an incentive to a formal agreement between eastern Parliament (HoR) and the UN-backed GNA in the 5+5 Joint Military Commission talks that are ongoing in Geneva as part of the Berlin Peace Process.

The shaky truce declarations, which are still in place, were welcomed by a range of foreign actors including Turkey, Italy and the US  but were met with scepticism by Haftar’s LNA. The warlord Haftar rejects the idea of enforcing a demilitarised zone in Sirte, which was proposed by the UN and some international actors.

There are a number of potential spoilers, chiefly from eastern Libya, where the prime suspect seems to be Haftar who has made it clear that he is not willing to compromise and is insistent on retaining control over Sirte and Jufra district.

Haftar has failed miserably to capture the capital and his defeat in Tripoli was not just a military humiliation, it also led to the collapse of narratives as he was trying to sell himself as a strongman, yet he still has enough military power to spoil the ongoing peace negations.

Ferhat Polat is a Deputy Researcher at the TRT World Research Centre. He is a PhD researcher in North African Studies at the Institute of Arab and Islamic Studies in Exeter with a particular focus on Turkish Foreign Policy. 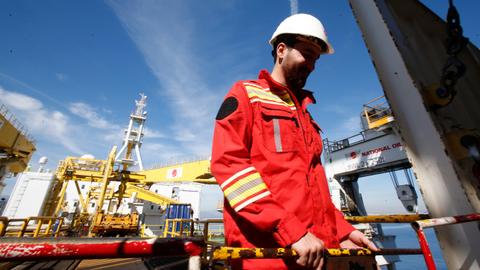 Mediterranean neighbours cannot stop Turkey from its ensuring its rights