What the nomination of Jeff Flake means for Turkey-US relations

The nomination of the former Senator, aimed at not rocking the boat any further, comes at a tense time in relations between the two countries.

In a surprise move, President Joe Biden nominated former Senator Jeff Flake to be the US ambassador to Turkey last week. The career diplomat, David Satterfield, who took office in August 2019, was not expected to be recalled from Ankara in such a short period.

Ambassador Satterfield has maintained a balanced policy and avoided statements that may cause the media to react strongly or result in public backlash. He thus became known as a moderate diplomat who visited many parts of Turkey and established close relations with the Turkish people.

The choice of Flake draws attention as he isn't a career diplomat and is a nonpartisan candidate.

Biden has made attempts over the last three to four months to appoint moderate Republicans to his administration, and Flake was one of over 20 Republican members of Congress who expressed their support for President Biden.

It did not go unnoticed, for instance, that Biden chose anti-Trump Republicans for some relevant posts: Republican Cindy McCain's nomination as US ambassador to the United Nations Agencies for Food and Agriculture sets an example to this.

In August 2017, Flake authored Conscience of a Conservative, a book that criticised Trump. He retired from the Senate at the end of his term in 2019, saying he was out of step with the Republican Party in the era of President Trump.

Both Republicans and Democrats have reacted positively to the nomination of former Senator Flake to be the US ambassador to Turkey. Flake's appointment is expected to be confirmed.

The 58-year-old served 12 years in the US House of Representatives and six years as a Senator. He spent some time in Africa as a religious missionary but has no experience regarding the Middle East and Turkey.

Senator Patrick Leahy of Vermont stated that Flake is an appropriate candidate for the US Embassy in Ankara during this critical period: "Jeff is the perfect choice to work towards building a more constructive relationship that will be beneficial for both countries, the region, and the world."

In general, there seems to be no bad blood between Turkey and the former Republican Senator Flake.

He did not support recognising the events of 1915 as an Armenian "genocide". Thus, he's not a favourite among the Armenian diaspora in the US.

Flake also did not vote against the sale of F-35 aircrafts to Turkey.

He participated in the petition opened by the Senate for the release of Pastor Andrew Brunson and has periodically underlined his sensitivities on religious minorities in Turkey.

However, this appointment is unlikely to affect Ankara-Washington relations as several tensions and bones of contention remain between the two countries.

Recent discussion topics are confined to Afghanistan and increasing the volume of commerce. The finer details about Turkish troops remaining in Afghanistan are still being negotiated. The Biden Administration has yet to share any details with the public about how Turkey will contribute directly.

The fact that President Biden did not mention Turkey during the press conference on Afghanistan last week and none of the American reporters asked about Turkey's position shows us that the US' priority in Afghanistan is not Turkey.

While it is uncertain whether there will be an Erdogan–Biden meeting in the UN General Assembly in September, officials on both the Turkish and American sides have been conducting intense telephone diplomacy for the last month.

With the approval of Senator Jeff Flake and his taking office, it is expected that Flake will bridge Turkey-US relations by establishing close contacts with many people and institutions. 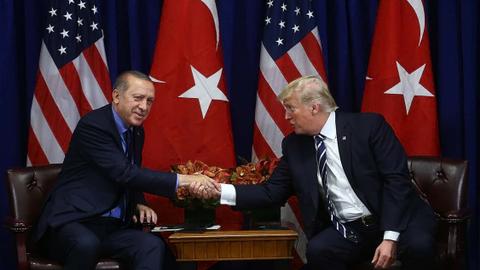 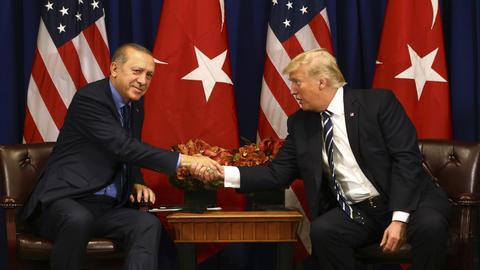