1
Mostar & Blagaj: An old bridge, a Sufi order and Bosnia's present and past
2
Rural Afghanistan may not get through the winter if help doesn't arrive
3
Elizabeth Holmes, Silicon Valley, and the everlasting glass ceiling
4
EU commission shifting Turkey to MENA unit: Is it a political decision?
5
Saudi-Iranian diplomacy has begun to intensify. What does it signify?

On a recent expedition to Greenland, TRT World correspondent Andrea Sanke saw how some countries and landscapes are suffering as global temperatures rise, and makes a very personal plea.

When we stepped off the airplane on May 24 in Kangerlussuaq, a town in western Greenland, my fellow Young Global Leaders and I were ambushed by mosquitoes. At first I thought- it must be too cold here, they can’t be biting, just swarming. But before I knew it, they’d bitten through my clothes. Summer mosquitoes here are not uncommon, but they’ve only ever arrived in June, not mid May. And they’re big. So in spite of the ‘nice’ weather (actually a sunny, near record-breaking 15 degrees celsius) sitting outside is not a pleasant experience.

The early arrival of mosquitos is just one of the consequences of global warming in Greenland. Another is of course its rapidly melting ice sheet, which doesn’t just dramatically alter the lives of Greenlanders, it adds to rising sea levels around the world. Some climate change skeptics try to argue that record ice melts in the Arctic don’t really add to rising sea levels, because for example, when ice melts in a glass, water doesn’t spill over the sides. But this theory doesn’t work for Greenland, because its billions of cubic meters of ice sits on top of a land mass. So when it melts, it quite literally spills into the sea, affecting sea levels worldwide.

And on that land mass also sit the Greenlanders, who’ve had to adapt to an increasingly dangerously thin ice sheet, that won’t allow for safe passage of their traditional dog sleds- a primary mode of transportation. Some fishermen were able to embrace the change at first, maneuvering their boats into areas previously inaccessible. But when giant chunks of ice break free from their anchoring glaciers, as happens more and more often in Greenland, the ensuing tsunami like waves can cause their modest boats to capsize in the sub zero waters.

A Greenlander I spoke to said: “Ice is life. When the ice goes, our life goes with it.”

She wasn’t exaggerating. And quite honestly, the same is true for all of us around the world...

Our climate is changing. Whether or not you’re convinced by the science behind it doesn’t really matter at this point. The facts are that the ice caps are melting, sea levels are rising, extreme weather events are occurring more frequently, oceans are acidifying and entire species are dying. If you've never seen climate change in action, it's easy to distance yourself from the melting ice sheet of Greenland, the disappearing land mass of the Solomon Islands, or the bleached coral of the Great Barrier Reef. It's hard to care about something you'll never see, and if it changes irrevocably, it matters little to most of our lives, doesn't it?

It has been relatively easy to bury our heads in the sand and argue that our economic development and the betterment of our human lives outweighs whatever toll is taken on nature. But today, it's finally becoming clear that the toll is being taken on us. The air we breathe, the water we drink, the food we eat, and the land we live on are all affected by the damage we collectively inflict on the planet through our daily, routine behaviour, and that of our industries.

We know governments and industry are, at best, slow to act, and at worst, can actually prevent protection efforts if it’s believed they work against their interests. But in many ways, their selfish interests are OUR selfish interests. Industry and the governments that legislate on their behalf profit from what we want and what we consume. Though some of us have made the effort to dramatically alter our lives to wean ourselves off the fossil fuels and plastics we’ve become so dependent on, most of us are guilty of the apathy that keeps us consuming, believing the changes we make won’t make a difference that counts.

But let’s be honest with ourselves. We know it’s on us. We know it’s our consumer behaviour that’s the primary driver for government and industries to stay on a profit-driven path. We want cheap fuel. We want ‘clean’ water in disposable plastic bottles. We like fancy plastic packaging when we buy a new product, and a convenient bag to carry it home. We don’t want to make the effort to avoid those single-use plastics that stay on this planet for a lifetime and beyond, because that effort is often inconvenient or expensive, and sometimes even a little embarrassing (cue the eye roll of the clerk when you ask if they have paper bags instead of plastic at a major chain store).

Some of us even like to think the use of plastics is acceptable because somehow, they’ll end up at a recycling factory, most likely in a developing country, where they will be efficiently reprocessed and end up back in our hands for re-consumption. The sad fact is, recycling is not a ‘clean’ business, and only an estimated nine percent of the world’s plastic ends up recycled, while the rest end up in landfills or in our oceans, where it often finds a way into our water table or burned back into our air supply.

The effort necessary to curb global warming comes down to cleaning up OUR lives. And even if scientists can't guarantee it will work, if our days on this planet are numbered, wouldn't it be better to complete those days with cleaner air and water, and better health for ourselves? This cartoon says it all.

At this point, it's either win win, or lose lose.

Please be a Voice for the Planet. Andrea Sanke is a senior presenter for news at TRT World. She has worked for several international broadcasters including CNN, France24 and DW TV. 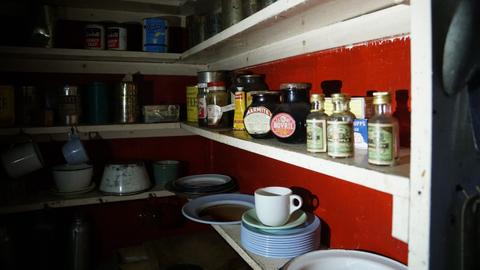 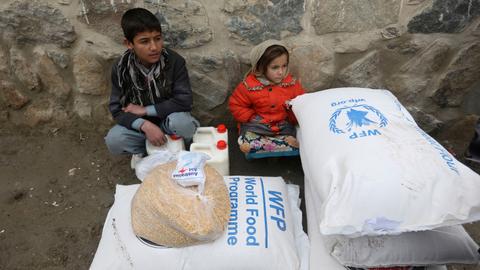 1
Mostar & Blagaj: An old bridge, a Sufi order and Bosnia's present and past
2
Rural Afghanistan may not get through the winter if help doesn't arrive
3
Elizabeth Holmes, Silicon Valley, and the everlasting glass ceiling
4
EU commission shifting Turkey to MENA unit: Is it a political decision?
5
Saudi-Iranian diplomacy has begun to intensify. What does it signify?