After reaching semi-finals in Rotterdam, the 36-year-old Swiss surpasses American Andre Agassi who was the previous oldest man to top the ATP rankings at the age of 33.

Roger Federer added yet another record to his vast collection when he guaranteed becoming the oldest ATP world number one by beating Dutchman Robin Haase 4-6 6-1 6-1 to reach the semi-finals in Rotterdam on Friday.

Fresh from winning his 20th grand slam title in Melbourne this month, Federer took a wildcard into the ABN AMRO World Tennis event with his eyes fixed on a return to number one for the first time since November 2012.

Needing to reach the last four to overtake great rival Rafael Nadal, Federer showed some early nerves in his quarter-final clash in the port city's Ahoy Arena, dropping serve in the ninth game on his way to conceding the first set.

But the 36-year-old Swiss, as he usually does, moved through the gears to punish a physically struggling Haase.

A demoralised Haase double-faulted on match point and after an initially restrained celebrationFederer sat on his chair and looked close to tears as his feat sank in - as did some of the Swiss fans leading the rapturous applause.

For the first time in a long time, welcome back to the top @rogerfederer 🙌 pic.twitter.com/qjqmxwmSj5

"Reaching number one is one of, if not the ultimate achievement in our sport," Federer said on court after being handed a huge Number 1 shaped plaque by Dutch former Wimbledon champion Richard Krajicek, the tournament director.

"Sometimes at the beginning you just kind of get there because you played so well, but later you have to fight for it and have to wrestle it back from someone who deserves to be there. When you are older you maybe have to put double the work in. This maybe means the most to me in my career."

Federer, whose glittering career has re-ignited since taking six months off in 2016, has won three of the last five grand slams having gone five years without one.

One of the greatest ever late-career runs by any sportsman or woman means he surpasses Andre Agassi who was the previous oldest man to top the ATP rankings.

American Agassi was 33 when he scaled the summit in 2003.

He was one of the first to congratulate Federer.

"Roger Federer continues to raise the bar in our sport. Congratulations on yet another remarkable achievement!!" Agassi said on Twitter.

36 years 195 days...@RogerFederer continues to raise the bar in our sport. Congratulations on yet another remarkable achievement!!

Federer also set another record with the more than five-year gap between his previous and most recent stints as world number one being the longest since ATP rankings began in 1973.

Incredibly Federer first reached number one in 2004, as a 22-year-old, and having now returned there 14 years later playing some of the best tennis of his career, he looks capable of another lengthy stretch on the throne.

He already holds the record of 302 weeks ranked number one.

On his Instagram account later, Federer said: "A night to remember forever. Thank you to all my fans who have been there for me since the beginning."

A night to remember forever. Thank you to all my fans who have been there for me since the beginning.

The journey continues on Saturday when Federer faces Italian Andreas Seppi in the semi-final with a 97th career title in sight. Seppi beat Russian Daniil Medvedev in three sets.

The other semi-final will feature Bulgaria's Grigor Dimitrov and Belgian David Goffin. Dimitrov beat Andrey Rublev while Goffin was given a walkover by injured Czech Tomas Berdych. 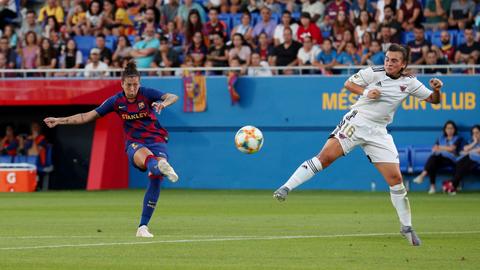