The African Union cannot afford to ignore the undermining of democracy and human rights abuses on the continent any longer.

Egypt’s President Abdel Fattah el-Sisi was elected chairman of the African Union (AU) at the continental body’s summit in Addis Ababa on Sunday.

Speaking to the heads of state across Africa, Sisi prioritised security and peace over democratic reforms.

He said: “Our work must continue to improve peace and security in Africa in a holistic and sustainable manner.”

Sisi’s human rights record at home raises more questions than it answers about the African Union’s commitment to democratic values and human rights on the continent.

The former general overthrew the first democratically elected government in Egyptian history in 2013 and Sisi’s security forces are held responsible for the Rabaa Massacre that took place in August and killed at least 900 civilians.

Sisi’s authoritarian rule has led to widespread human rights violations, and he has consolidated power with a bill to extend his rule, potentially until 2034.

“Very little attention has been given to human rights and governance [in the African Union],” Liesl Louw-Vaudran, an analyst at the Institute for Security Studies, told TRT World.

Louw-Vaudran says electing a controversial leader is not unorthodox for the AU. Paul Kagame of Rwanda was the head last year, she said and, “Mugabe was chosen before”.

Also, at the 2018 summit, African countries failed to agree on how to finance the AU, which is primarily funded by Western powers.

The financial dependency on external powers hog-ties the AU’s ability to shape socio-political changes across the continent.

Just in the first two months of 2019, political disputes across the continent have led to widespread protests, gross human rights violations and economic sufferings.

Widespread anger over deteriorating living conditions and growing economic hardship blew up and triggered nationwide protests in Sudan that have continued since December last year.

President Omar Al Bashir is trying to quell the demonstrations by enforcing a brutal crackdown as anti-government protests pose the biggest threat to his rule since he took power in 1989.

However, the AU is yet to condemn publicly the killing of dozens of protesters by security forces who use live ammunition.

The only voice raised from the AU was a toothless statement issued by the AU Commission Chairperson on 30 December.  It reminded all Sudanese leaders that they share “collective responsibility” to find a solution, without mentioning those perpetrating the bloodshed.

In Zimbabwe, the government mounted a the brutal crackdown on protests with indiscriminate killings, arbitrary arrests and rapes to crush the youth-led protests that were triggered by long-simmering discontentment over the country’s economic turmoil and rampant unemployment.

However, warnings from human rights organisations have fallen on deaf ears. There has been no reaction that would help to end violence either from the AU or the regional bloc, the Southern African Development Community (SADC).

Cameroon, long considered a safe land in a troubled region, is on the brink of civil war after protests sparked two years ago over discrimination against Anglophones in education, the judiciary and the economy. Militias were formed to fight against the Cameroonian army, and nearly 400 civilians have been killed since then.  Reportedly, 430,000 people have fled their homes due to the violence according to United Nations estimates.

Human rights groups highlight the gross human rights violations in the country as they accuse the Cameroonian government of indiscriminately killing civilians, mass arrests, and the disappearance of journalists and activists in Anglophone regions.

The AU has been silent on the Anglophone crisis. The body has not taken any action to pressure 85-year-old President Paul Biya, who secured his 36-year rule by winning a seventh consecutive term in last October’s election. Instead, the AU council ignores the crisis as an internal issue and gives the green light to the rule of Biya who usually does not even attend the body’s gatherings.

“At the core, is the persistent inability of the AU to marshal the determination, political will and courage to hold member states to account for clear violations of AU principles, values and standards on especially human rights,” Netsanet Belay, Africa Director at Amnesty International, told TRT World.

“The AU always focuses on symptoms rather than causes of disputes and crises, choosing in many cases to stand on the side of states that perpetuate violence and egregious human rights violations, not on the side of citizens calling for justice and freedom,” he added.

From Somalia to Mauritania, Burundi to Zimbabwe there are many examples of gross human rights violations and conflicts that are perpetrated by state and non-state actors in the continent. But the African Union is failing to stick to its core values and to protect fundamental rights - and sometimes the lives - of millions. 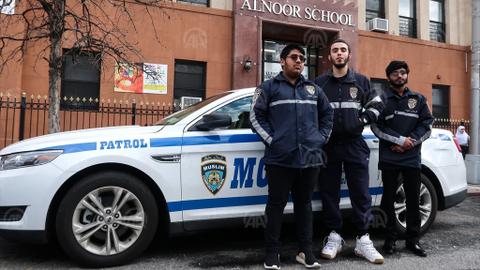