UN rights chief Michelle Bachelet described the situation in Sudan as "deeply disturbing", saying most detainees were being held "incommunicado, with no access to lawyers or their relatives."

The 47-member council adopted by consensus a resolution on Friday calling for the "immediate restoration" of the civilian-led government.

The resolution, presented by Britain, Germany, Norway and the United States, condemned the "arbitrary detention" of Prime Minister Abdalla Hamdok and others, demanding their immediate release.

In her opening statement to the council, UN rights chief Michelle Bachelet described the situation as "deeply disturbing", saying most detainees were being held "incommunicado, with no access to lawyers or their relatives."

The rights chief condemned an internet shutdown and a communications blackout in Sudan, with only media controlled by the military continuing broadcasting.

The coup betrayed Sudan's "courageous and inspiring revolution of 2019," Bachelet said, adding that it was "urgent to restore civilian rule".

She urged the council to take "appropriate action" to closely monitor human rights developments in the country.

The move has been widely condemned as it upended the country’s fragile planned transition to democratic rule.

The prime minister is now under house arrest but has been allowed to meet with UN and international diplomats as part of mediation efforts. 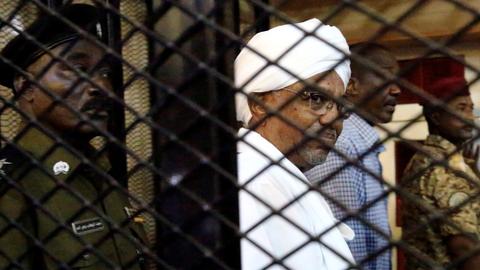