The expulsion of a United Nations human rights team comes two days after they published a critical report blaming the the government of Nicaraguan President Daniel Ortega for violent repression of opposition protests.

"This signifies an expulsion because they haven't finished their work in the country," said Marlin Sierra, executive director of the Nicaraguan Center of Human Rights (CENIDH).

According to Sierra and two other rights workers who asked not to be named, the Nicaraguan government on Friday sent a letter to the UN delegation ordering them to leave the country within two hours.

A UN human rights official who was not authorised to speak publicly about the situation told AP the UN Security Council will discuss the situation in Nicaragua on September 5.

The report released on Wednesday by the Office of the UN High Commissioner for Human Rights described repression that stretched from the streets to courtrooms, where some protesters face terrorism charges. 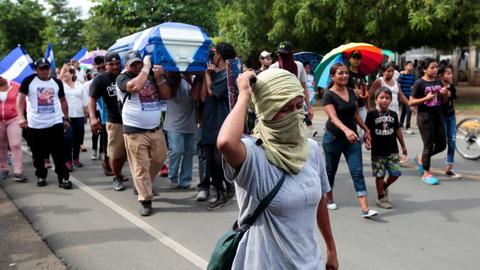