McGregor surprised the crowd at Walt Disney Co's D23 Expo fan convention, walking on stage to loud cheers and applause. The Scottish actor said he was relieved that he could finally reveal he would return to the role.

Ewan McGregor will reprise his "Star Wars" role as Jedi Master Obi-Wan Kenobi in a series for the upcoming Disney+ streaming service, the actor announced to fans of the beloved movie franchise on Friday.

"It's been four years of saying 'well, I don't know,'" in response to fan questions, McGregor told the crowd. "Now I can say 'yes, we're going to do it.'"

McGregor played the younger version of the Jedi master in the three "Star Wars" prequel movies starting with 1999's "The Phantom Menace."

Filming of the series is expected to start next year, Lucasfilm President Kathleen Kennedy said.

Disney also released the first footage from "The Mandalorian," a live-action "Star Wars" series made for Disney+, about a group of people from the planet Mandalore. The most famous is the helmeted Boba Fett from George Lucas' original "Star Wars" trilogy.

Pedro Pascal, an actor known for roles on "Game of Thrones" and "Narcos," will star in the new series.

"Bounty hunting is a complicated profession," a voice said in a trailer for the series.

"The Mandalorian" will debut on Nov. 12 when Disney launches Disney+, a family-oriented subscription streaming service that represents the company's biggest push into the online video market dominated by Netflix Inc.

Disney's star-studded presentation was meant to stoke excitement for Disney+ and show the broad range of programming it will carry, from a "Muppets" short-form series to a Christmas film starring Anna Kendrick, nature programming from National Geographic, and superhero fare from Marvel Studios.

The event started with a marching band to promote a new "High School Musical" series.

Yvette Nicole Brown strode on stage with Rose and Monte, the two dogs that star in a live-action remake of classic Disney cartoon "Lady and the Tramp."

Actress Hilary Duff revealed she will return in a new "Lizzie McGuire" series. This time, she will play an older Lizzie who is living in New York, working at her dream job, about to turn 30, and "has a much bigger shoe budget," Duff joked. 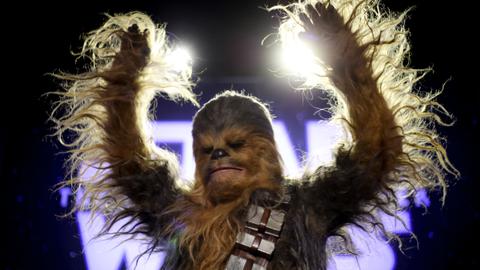 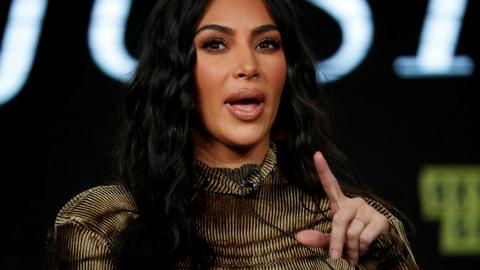 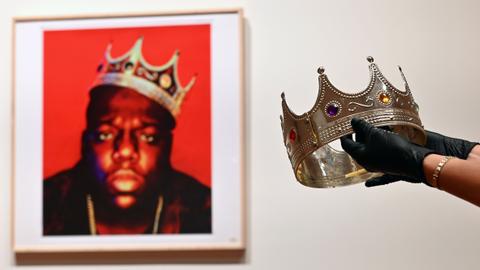 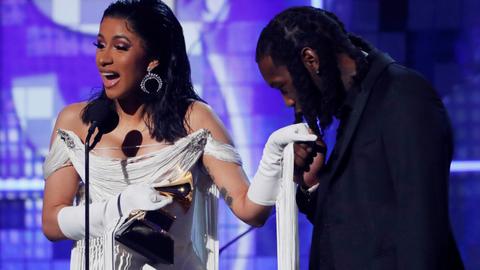