Chinese officials were expected to visit US farmers next week as a goodwill gesture, but canceled to return to China sooner than originally scheduled, agriculture organizations from Montana and Nebraska said.

A US-China trade deal appeared elusive on Friday after Chinese officials unexpectedly canceled a visit to farms in Montana and Nebraska as deputy trade negotiators wrapped up two days of negotiations in Washington.

Chinese officials were expected to visit US farmers next week as a goodwill gesture, but canceled to return to China sooner than originally scheduled, agriculture organizations from Montana and Nebraska said.

The United States had removed tariffs overnight from over 400 Chinese products in response to requests from US companies.

The Chinese Embassy and the US Department of Agriculture did not immediately respond to requests for comment.

The US Trade Representative’s office issued a brief statement characterising the two days as “productive” and that a principal-level trade meeting in Washington would take place in October as previously planned.

China’s Commerce Ministry, in a brief statement, described the talks as “constructive”, and said they had also had a good discussion on “detailed arrangements” for the high-level talks in October.

“Both sides agreed to continue to maintain communication on the relevant issues,” it added, without elaborating.

Trade experts, executives and government officials in both countries say that even if the September and October talks produced an interim deal, the US-China trade war has hardened into a political and ideological battle that runs far deeper than tariffs and could take years to resolve.

'Not close to an agreement'

The Chinese delegation did not present any new proposals on core structural issues including intellectual property protections, forced technology transfers, industrial subsidies and other trade barriers, said a person briefed on the talks.

“The conclusion from the US side was that we’re not close to an agreement,” the person said.

This source and another person familiar with the talks said that the Chinese delegation’s leader, Vice Finance Minister Liao Min, laid out China’s demands that any deal must remove all US tariffs and be balanced so that it is not all concessions from Beijing and none from Washington.

The sources said that a lack of results from deputy meetings is not uncommon as they often are not authorized to make deals or present new offers.

The early October meeting will include the top trade negotiators: Chinese Vice Premier Liu He, US Trade Representative Robert Lighthizer and US Treasury Secretary Steven Mnuchin. It is expected to determine whether the world’s two largest economies are starting to chart a path out of their 14-month trade war or headed for new and higher tariffs on each others’ goods.

Cancellation of the Chinese agriculture visits, which were seen as potentially leading to increased purchases of US soybeans and pork, caused Wall Street’s main stock indexes to fall as early optimism about the talks faded. 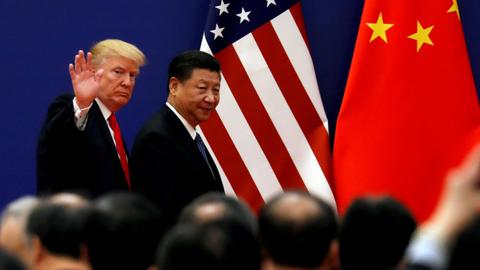 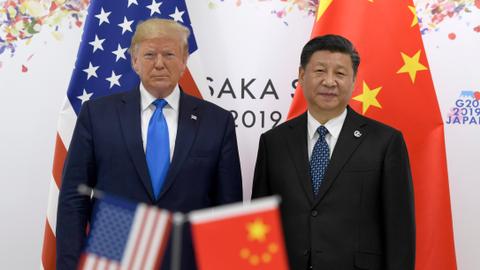