Chipmaker Kioxia says it suspected "contamination of materials used in the manufacturing processes", leading to operations at the plants being partially suspended.

Operations at two Japanese factories producing flash memory chips have been disrupted by the contamination of industrial materials, as analysts warned of potential price hikes for the key smartphone components.

Chipmaker Kioxia said on Thursday it suspected "contamination of materials used in the manufacturing processes", leading to operations at the plants being partially suspended, but offered no further details.

The company, a spin-off of Japanese conglomerate Toshiba, said it was working to restore full output at the factories in central and northern Japan as soon as possible.

Kioxia's US-based partner, Western Digital, also confirmed the disruption and estimated it would cause "a reduction of flash availability of at least 6.5 exabytes" at the plants, which the two companies run as a joint venture.

An exabyte is a unit of digital data equal to one billion gigabytes.

READ MORE: Intel to build $20B chip facility in US amid global shortage

The type of memory chips affected are called NAND flash chips. They are different from the semiconductors currently in short supply worldwide, which use older technology.

"If this creates a shortage, then prices will rise," Jim Handy, a semiconductor industry expert at Objective Analysis, told AFP news agency.

Two factories being impacted "implies that a supplier shipped bad chemicals" to Kioxia, he said.

"Other NAND flash makers are likely to purchase materials from the same supplier, so this could be a big issue."

The development comes as the tech industry grapples with a global semiconductor shortage that has hampered the manufacturing of numerous products from cars to gaming consoles.

Kioxia, together with Western Digital, holds a 35 percent market share of the global flash memory industry, according to its website.

A pandemic-fuelled surge in demand for home electronics that use semiconductors has throttled chip supplies — a crisis deepened by a cold snap in the United States, a drought in Taiwan and a fire at Japanese manufacturer Renesas last year.

A number of firms have recently announced plans for new semiconductor plants as the chip squeeze continues. 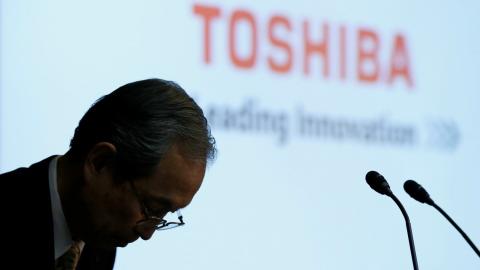 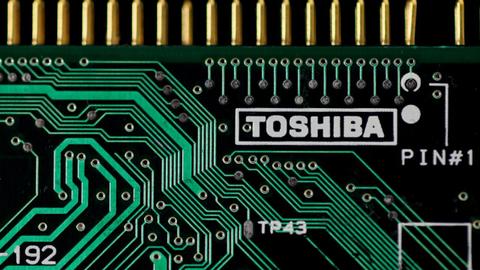