Hundreds of thousands of videos uploaded by Syrian activists were removed following the introduction of automated software in 2017 to detect and delete objectionable content.

From videos of deadly air strikes to militant takeovers, Al Mutez Billah's YouTube page served as a digital archive of the Syrian war until automated takedown software in 2017 erased it permanently.

The page exhibiting footage that violated YouTube's community standards could not be restored because Al Mutez Billah, a citizen-journalist, had been murdered by the Daesh group three years earlier over his documentation efforts.

"It's not just videos that have been deleted, it's an entire archive of our life," said Sarmad Jilane, a Syrian activist and close friend of Al Mutez Billah, who was killed at the age of 21.

"Effectively, it feels like a part of our visual memory has been erased."

The Google-owned YouTube platform has deleted hundreds of thousands of videos uploaded by Syrian activists since it introduced automated software in 2017 to detect and delete objectionable content, including violent or graphic videos.

It is not the only social media giant relying on artificial intelligence takedowns, but the platform is home to the majority of Syria war footage, making it an even bigger blow.

The videos showing regime bombardments, executions by militants and chemical attacks had served as a vital window into a conflict which has remained largely off limits to journalists and investigators and was captured mostly by the people living it.

With the war entering its 11th year, there is growing concern that digital evidence of history's most documented conflict is being syphoned away by the internet's indiscriminate trash can.

"The videos are part of an entire population's memory," Jilane said.

"Every clip helps us remember things like what shells were fired that day, the date of the event, or even how we were feeling at the time," the activist told AFP over the phone from Germany.

Jilane is one of the founders of Raqa is Being Slaughtered Silently, a renowned activist-run page that documented abuses by militants from Daesh group.

Four years ago, YouTube deleted the page's account but it has since been restored with the help of the Syrian Archive – a group working to preserve the conflict's digital footprint.

The Syrian Archive has helped restore more than 650,000 YouTube videos removed since 2017, but that is only a fraction of deleted content.

"There is a real feel among people who do open-source investigation that Syrian history is being erased by machine-learning technology," said Dia Kayyali of the parent company Mnemonic.

"It is a steady and ongoing bleeding-out of this body of evidence."

To get a sense of how much content is being removed, the Syrian Archive compares videos available online against those collected on its servers.

Almost a quarter of its collection is no longer available on YouTube, Kayyali said.

The situation is set to worsen as global powers ramp up pressure on social media giants to curb terror content online.

In December, EU lawmakers reached a provisional agreement on tougher regulations, including an obligation that platforms take down offending material within an hour.

If enforced, this would make preservation all the more difficult.

"As soon as we find things, we archive them," Kayyali said.

"But we can't keep up with the technology, it's specifically designed to be much faster than human beings," she added.

"Right now, it's really a race against time."

YouTube usually relies on a mix of automated software and human reviewers to flag and delete problematic videos.

But the coronavirus pandemic has forced it to lean more on artificial intelligence as it reduces "in-office staffing", according to its latest transparency report.

This "means we are removing more content that may not be violative of our policies," it said.

But "when it's brought to our attention that a video or channel has been removed mistakenly, we act quickly to reinstate it," a YouTube spokesperson told AFP.

Despite the erasures, countless hours of Syria content survive.

"We have more footage of the Syrian war than the length of the conflict itself," said Nick Waters of the open-source investigation website Bellingcat.

Bellingcat has gained prominence as a pillar of open-source intelligence since it started using videos and images to probe the use of weapons in Syria's war, which has claimed more than 380,000 lives.

"User-generated content is very good at establishing certain things: what happened, where and when," Waters said.

"It's less good in terms of the why and sometimes the whom."

Its use in court is still being developed, Waters said, but its added value should not be overlooked.

"Each one of these videos or images potentially shows a piece of history," the open-source analyst told AFP.

"By deleting these videos, especially from accounts of people who may have been killed... these social media giants are effectively destroying evidence." 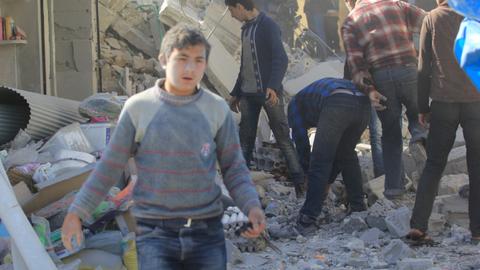 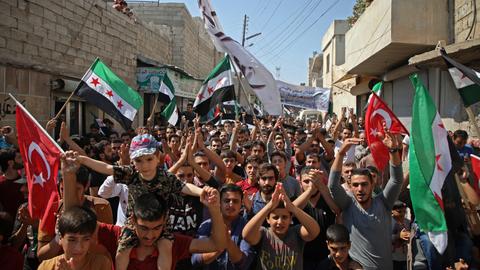