Antifa: Trained by terrorist PKK in Syria, may end up outlawed in the US

US President Trump aims to declare Antifa as a domestic terrorist organisation. But the group has been in Syria since 2014 and its violent record well documented after a series of controversial decisions taken by the Obama administration in 2015.

US President Donald Trump said on Sunday that he’d be designating Antifa as a terrorist organisation in wake of the violent protests that have swept many American cities.

Trump and the US Attorney General William Barr have blamed Antifa members for hijacking peaceful protests, which started after a black man, George Floyd, was killed by a white policeman in Minneapolis.

The United States of America will be designating ANTIFA as a Terrorist Organization.

Washington has already put the Federal Investigation Agency in multiple cities on the job to track down the group’s members.

"The violence instigated and carried out by antifa and other similar groups in connection with the rioting is domestic terrorism and will be treated accordingly,” Barr said in a statement.

This isn’t the first time that Trump has called out Antifa or Anti Fascists, a secretive movement that has come to the fore in the US recent years after its black-clad members turned violent during protests.

Antifa traces its origins to the anti-Nazi movement in the 1940s. It was mostly dormant for many years until Trump’s election and rise of the ‘alt-right’.

Last year, Trump made a similar call to designate the group a terrorist organisation.

Trump’s decision to declare the group a terror organisation can be difficult to implement as Antifa doesn’t have a central leadership or even a coherent ideology, a US-based security analyst told TRT World.

But it shouldn’t come as a surprise if US authorities find a link between Antifa and violent attacks during recent years.

For years there have been concerns that some Antifa members have joined the YPG, the Syrian affiliate of the PKK terror group, in Syria, where they received armed training under the watch of Obama administration.

I’m telling y’all. The left-wing #Antifa militants who had a chance to receive armed training from the #PKK terror group in Syria for years, pose much more danger than you think now.

Since 2014, hundreds of foreigners have travelled to northern Syria to join the ranks of the Marxist-Leninist YPG, which has relied on savvy PR machinery, utilising social media to find recruits.

While the YPG has been endlessly eulogised in the Western media as American allies who fiercely fought Daesh terrorists, little is discussed of the group’s ideology, which doesn’t tolerate dissent or difference of opinion.

With all respect Mr. President, while blaming Antifa and Radical Left in US, you know you are still spending millions dollars of US Tax Payers money to the same ones, Radical Left terrorists (PKK/YPG) and Antifa groups in Syria right? pic.twitter.com/YKlZ452yww

Behind the glorified images of YPG’s female terrorists are many men who once made up the cadres of the PKK, a terrorist group that has waged a decades-long teror campaign against the Turkish state.

The PKK is responsible for more than 40,000 deaths. Besides killing soldiers, it has bombed shopping malls, killed politicians and executed hundreds of Kurdish-speaking villagers who didn’t abide by the terror group’s radical views.

Its jailed chief Abdullah Ocalan has evolved from being a Marxist-Leninist to someone who now adheres to what is called democratic confederalism with a dose of anarchism.

But the dark PKK-YPG history wasn’t a concern for young Americans and Europeans who joined its rank and file, for they were sold the idea of fighting bearded and brutal Daesh terrorists, a symbolic manifestation of evil.

The westerners who joined the YPG were an odd group. They were leftists, anarchists, feminists and ecology buffs. They were ex-marines, former drug addicts, misfits, adrenaline junkies or just young people sucked up in the conflicting battles of Syria.

Many of these volunteers travelled to Syria from American cities without any hindrance under the watch of Obama administration. Upon their return, they were hardly ever investigated.

“What does Antifa want with a bunch of seasoned combat veterans? Why do they need that to supplement their movement? It’s a very interesting question to what they were precisely upto,” Brad Johnson, a former CIA officer, said in an interview last year.

Multiple reports say that many of the far-left activists were not even sure about the real ideology and motive of the YPG, which received military and financial aid from Washington. 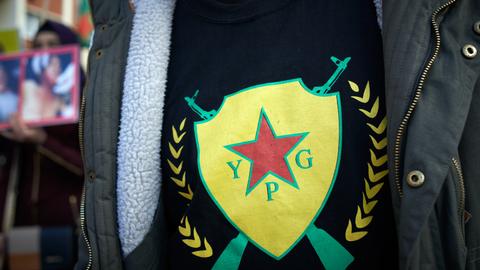 How the YPG pitted Antifa activists against Turkey