1
How would you know whom to trust and whom not?
2
Why the UN slammed Italy for failing to save 200 migrants from drowning
3
Developed democracies fared worse in the pandemic, report finds
4
How an Australian held hostage by the Taliban converted to Islam
5
Biden sends B-52 bombers to the Gulf, but where is his Middle East policy?

Some hours before the opening of polls on Saturday, multiple explosions rocked the northeastern city of Maiduguri, perhaps in a daring attempt to breed fear and discourage voting.

Around 9am on Saturday Linda Okwor walked to a polling unit near her family’s apartment in the central Nigerian city of Lafia, her face lit up with excitement and anticipation.

This is the first time the 19-year-old music student would be casting her vote in any elections in Nigeria where the voting age is 18 and older.

“It was an experience that I had so much longed for, so I couldn't just wait to vote,” the teenager tells TRT World.

“I felt important, powerful and very optimistic while going to vote.”

Nigerians returned to the polls on February 23 to vote in the presidential and parliamentary elections, a week after the  Independent National Electoral Commission (INEC) postponed the elections due on February 16 for mainly logistical and operational challenges.

Some 73 candidates are running to become president, but the battle would mainly be between incumbent 76-year-old President Muhammadu of the All Progressives Congress (APC) who is seeking a second term and former Vice-President Atiku Abubakar, 72, of the People's Democratic Party (PDP), which has dominated national politics until 2015.

More than 84 million Nigerians registered to vote but only about 72 million who collected their permanent voters cards -- a biometric voting card introduced to cut down electoral fraud in the run-up to elections in 2015 -- were allowed to vote in more than 100,000 polling units nationwide.

Some hours before the opening of polls on Saturday, multiple explosions rocked the northeastern city of Maiduguri, perhaps in a daring attempt to breed fear and discourage voting. Since 2009, Boko Haram insurgents have been waging a deadly insurgency in northeastern Nigeria against the government.

Later, the militants attacked a village near Gaidam town in the northeastern state of Yobe, forcing residents to flee. However, no casualty was reported.

Although voting is expected to start by 8 a.m (07:00 GMT) and close by 2.00 p.m and (13:00 GMT), voting delays resulting from logistical challenges and violence were widely reported  by observers, with some polling units starting around noon and others way beyond that time.

“In some places election materials only got to the polling units at 2 p.m. when some voters had returned home out of frustration,” says Nchetachi Chukwuajah, a domestic observer who visited more than a dozen voting units in Umuahia, the capital of Abia state in Nigeria’s  southeast.

“I also know about some areas where voting was rescheduled to Sunday (Feb. 24) because the smart card readers -- the electronic machines used in verifying the identity of voters -- were having issues.”

Victor Ejechi, an election official in the southeastern state of Enugu, said he had to extend the voting time in the polling unit after they arrived late.

“I got all the election materials we needed by 5 a.m. but the bus that would take us to the polling unit did not show up early and we ended up reaching our unit by 9:30 p.m.”

Linda Okwor said it took eight hours before she got to vote.

“We didn't see any INEC staff until it was noon and later some people at my polling unit started protesting about being deprived of their right to vote,” Okwor said. “It took them almost two hours to get things sorted out before we could vote.”

Beside technical glitches and other operational problems, voting went on well in most states nationwide.

With voting completed in many local governments with the exception of few places were it was extended to Sunday (Feb. 24), counting and collation are ongoing now and some states already have their final results ready.

By many accounts, voting was peaceful in many of Nigeria’s 36 states and the capital Abuja but there have been pockets of violence across the country as well as illegal interference with the voting process.

From people stealing or destroying ballot boxes to isolated cases of shootings,killings and burning of election materials, violence ruined the polls in some parts  of the country, including in the southern states of Lagos, Osun and Rivers. These, in addition to other irregularities like political intimidation and vote buying have made some Nigerians to conclude that the last elections in 2015 was far more credible. It is likely that the results would be challenged in court.

“The trend of violence followed what we have been tracking for a while now,” says Damimola Olawuyi of the Lagos-based geopolitical consulting firm SBM Intelligence.

“The major reason for this is to instill fear and suppress votes in areas outside a dominant political party’s control, while encouraging more voter turnout in areas under its grip even though that means paying reluctant voters.”

Even the electoral commission itself understands and acknowledges some of these problems.

During a briefing televised live and streamed online on Feb. 24, INEC chairman Professor Mahmood Yakubu said the commission is “aware” of these incidents.

“With every situation there are lessons to be learnt,” Yakubu added later.

As results pour into state offices of the electoral commission on Sunday and are subsequently transmitted to the National Collation Centre in the Nigerian capital Abuja, Nigerians are anxiously waiting for INEC to announce the winner of the polls.

In Nigeria, the winner would be the candidate who has the largest number of votes and has gained at least 25 percent of the votes in two-thirds of the 36 states and Abuja. INEC is expeced to start announce from Monday and before the week runs out Nigerians would get to know who their next president is.

There is a huge sense of anticipation among Nigerians, with the media and civil society groups sharing results from polling units apiece.

“Atiku floors Buhari in Obi’s LGA,” a story on the website of the Lagos-based Vanguard newspaper read. Another, in the online-only newspaper The Cable announced: “APC sweeps away two PDP senators in Ekiti.”

Again, common hashtags trending on Twitter here include #ElectionResults2019,#AtikuIsWinning or #AtikuStillWinning (referring to the main challenger from the opposition PDP, Atiku Abubakar commonly known as Atiku) and #BuhariIsWinning(referring to incumbent President Buhari).

Even the political parties are caught up in the frenzy.

The APC Presidential Campaign Council -- President Buhari’s party, has said in a statement that the opposition party PDP is planning to “release fake results of the presidential election later today or early Monday morning” and that “they aim to create crises and confusion that will lead to Alhaji Atiku Abubakar claiming victory in a day or two from today ahead of the official announcement of the results by INEC.”

The PDP did not stay silent either. It has asked INEC to tell the public the final tally and added that its candidate Atiku had more votes.

“Our position is predicated on clear and verifiable results across the nation, showing that Atiku Abubakar is in clear lead both in spread and total number of votes cast,” the the party’s spokesman Kola Ologbondiyan said in a statement.

“Intelligence available to us is that INEC is delaying the announcement of results following directives by the Buhari presidency and the All Progressives Congress (APC), which are bent on altering the figures from the polling centers and allocate fictitious figures for President Muhammadu Buhari, particularly in northern states.”

For now, Linda Okwor is waiting to vote again in the next two weeks, but this time in the governorship and state assemblies elections  due on March 9.

“The main reason why I went to vote and will always go to vote again is because it is my civic duty to vote and, above all, it is not just the right thing to do but an obligation I owe to my dear motherland,” she says.

“I hope to see INEC announce the results of the elections with no form of partiality and would like them [INEC] to be very, very, fair with the results so we can have trust in the [system].” 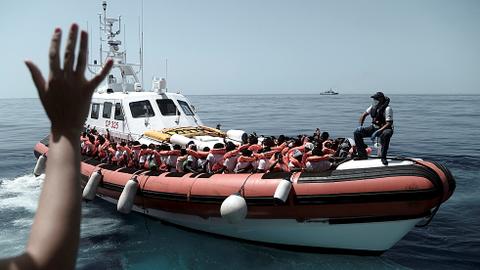 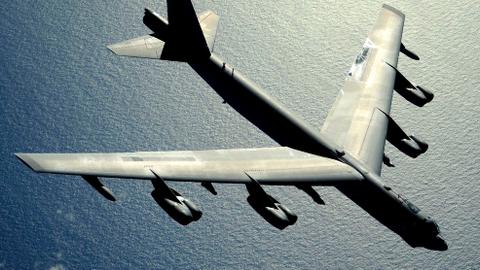 Biden sends B-52 bombers to the Gulf, but where is his Middle East policy? 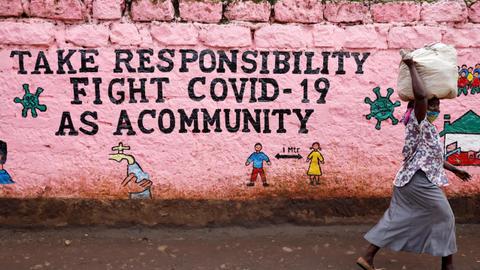 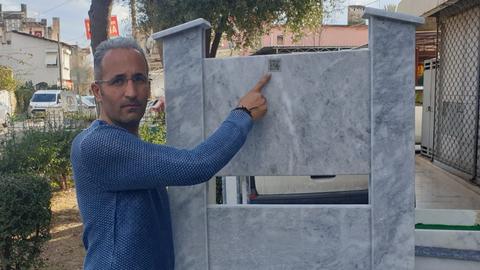 1
How would you know whom to trust and whom not?
2
Why the UN slammed Italy for failing to save 200 migrants from drowning
3
Developed democracies fared worse in the pandemic, report finds
4
How an Australian held hostage by the Taliban converted to Islam
5
Biden sends B-52 bombers to the Gulf, but where is his Middle East policy?