1
How Aafia Siddiqui’s case symbolises 'the lies' of War on Terror
2
6 ways to recycle your old Christmas tree
3
Beset by financial woes, Afghan embassies struggle in limbo
4
How Bangladesh police are hounding families of ‘enforced disappearances’
5
How the internet's leading account on Palestine maintains its message

When soldiers loyal to the Gulenist cult tried to take over the state in 2016, one of Istanbul’s oldest communities decided to do everything they could to stop the coup plotters.

Uskudar, Istanbul - “Even though I was pursuing an engineering major, I had studied the history of Turkey, and I knew this was a serious event that would have consequences, not just in Turkey but the whole region,” Ndricim Ferko tells TRT World, recalling the events during the July 15 coup attempt.

“I was in the first year of my Master of Science in Electronics and Computer Engineering at Istanbul Sehir University.”

Only 24 on that night, Ferko, who had been studying in Istanbul for six years, recalled the “strange scenes” that grabbed his attention.

“While walking by the sea in Uskudar a group of policemen were preparing high-calibre guns,” he recounts, referring to one of Istanbul’s central districts.

“I thought nothing was serious as they were very cautious and quiet. I proceeded to walk towards home.”

It wasn’t until later at around 10 in the evening that it became clear to Ferko what was happening.

As an increasing number of people found out through social media that a coup attempt was taking place, sirens from neighbourhood mosques brought many out onto the streets.

“We walked all the way from Uskudar to Altunizade, and on the way, thousands of men, women of all ages, and children joined.”

“I felt the responsibility [to join] not just as a student living in Turkey but also as an Albanian and a Muslim.”

Ferko and thousands of others made their way to one of Istanbul’s most strategic bridges now renamed the July 15 Martyrs Bridge. The sense of belonging in a community and feeling like a stakeholder in society drove millions across Turkey to also resist the coup.

In one of Uskudar’s oldest neighbourhoods, the local community decided to defend the road leading to the July 15 Martyrs Bridge.

The Uskudar neighbourhood of Selami Ali is a historic home for the Turkish Roma community, which has roots in the area dating back 200 years. Located in the heart of Istanbul, it is also known locally as "selamsiz" or "without peace."

“Legend has it that Sheikh Selam Ali was walking down the street one day with a lantern looking to give selam ⁠ [greetings of peace] to someone and found no one to give it to, this is how the neighbourhood gained its nickname,” says Yasar Munir Cengiz, head of the local tekke, a dervish monastery.

More than 4,000 Roma people live in the strongly knit community of Selami Ali, with 10,000 more in the wider neighbourhood.

“If people have weddings or if they have funerals, they immediately come together.

“In this neighbourhood, you don’t have to knock on the door, they are open. If you enter any home here and say you are hungry even if they have one loaf of bread, they will help you,” Cengiz adds.

It is this sense of community and belonging that has held the people of Selami Ali together in the good times as well as the bad. During the night of the attempted coup, the community came together to resist.

In 2009 the governing AK Party initiated what was called the Roma opening, which aimed to integrate the long-marginalised Roma community into society further.

A series of NGOs and other institutions were set up to communicate the needs of the Roma community to the state and to lobby for further representation.

Education, accommodation, employment, discrimination and access to health services were issues of concern to the community, which the 2009 initiative has in part attempted to resolve.

Shortly after the initiative began, Roma civil society organisations sprung up, one of them was the Roma Platform, which was set up by Ercument Ertopuzlu.

The livelihood of the Roma community in Istanbul is supported by trucks, which are often used to transport goods and materials that are sold in markets around Istanbul. The Roma community of Selami Ali primarily use their trucks to sell potatoes, onions and other perishable goods.

Ercument Ertopuzlu tells TRT World  that the Roma community, with their trucks, is one of the most important suppliers of onions and potatoes in Istanbul, selling more than 60 tonnes to a city of more than 16 million people per day.

The coup, had it succeeded, would have almost certainly reversed these gains says Ertopuzlu.

‘Some even threw their wine bottles’

At the heart of Selami Ali is also one of Istanbul’s most important police stations, named Mehmet Sevket Uzun, which houses hundreds of police officers and police vehicles.

Its location is strategically placed in proximity to a vital network of highways near the Altunizade interchange. This crucial chokepoint controls access to several critical interior districts including Kadikoy, Umraniye and Maltepe, as well as the July 15 Bridge.

When a rogue faction of the Turkish army associated with FETO, a cult group and terrorist organisation led by the self-declared cleric named Fetullah Gulen, moved to capture the police station the community of Selami Ali was initially confused about what was happening.

“When members of the local community saw the soldiers they were clapping, they did not yet understand what was unfolding,” says Ercument Ertopuzlu, a resident of Selami Ali and president of the Uskudar Roma Platform.

Turkish people often have a deep reverence for the military and soldiers, and military service is mandatory for all men.

“The local police force, however, were quickly alerted that in fact, they are not real soldiers, but they are trying to capture the state; the Roma community quickly turned on the rogue soldiers,” says Ertopuzlu.

“Many threw what they could, some were even throwing their wine bottles.”

“On the night of the coup,” says Ertopuzlu, “the Roma people brought their trucks on the main street to obstruct the tanks.” The tanks, as one would expect easily crushed the trucks, rendering them unusable as they made their way towards the centre of Uskudar, having failed to commandeer the police station.

In doing what they did, the community not only put themselves in immediate danger, but had the coup succeeded, the neighbourhood of Selami Ali would have surely faced the wrath of the regime that would have taken over Turkey.

The trauma of the coup impacted not only adults but also young children.

“The children were scared and we were trying to calm them,” says Ertopuzlu, “We were telling them that it was a game between the soldiers and the police and they should not be afraid.”

Uskudar was one of the neighbourhoods that experienced sonic booms, a sound associated with the shock waves created by F-16 planes breaking the sound barrier. To a person unfamiliar with the sound, it may seem like a bomb going off.

“The aim of the coup was to change our life, but we have recovered and continued with our life,” says Ertopuzlu defiantly.

Shortly after the coup, owners of the destroyed trucks went to court seeking compensation, however, their claims were unsuccessful.

Locals believe that the Turkish judiciary, which had been infiltrated by the Gulenist cult was responsible for their compensation being denied and haven’t gone to the court again.

Each of the trucks cost between $7,000 and $8,000, a significant amount for members of the local community. The loss of trucks, a source of self-employment has turned those that lost their trucks into wage-labourers again.

Since the 2009 Roma initiative, the Roma community in Uskudar has worked with local government institutions in the hope of improving the lives of Roma.

One of the enduring legacies of the failed coup in Turkey amongst other things was its attempt to undermine people’s faith in the effectiveness of the state.

The Gulenist cult, in infiltrating the state surreptitiously, also undermined the population's faith in the military, judiciary and education ⁠— institutions that are still reeling from the events of July 15.

The impact stretches beyond Turks and is felt by those who have made the country their new home.

“That night changed my life forever. It taught me to stand for what I believe in and always have a voice against injustice,” says Ferko 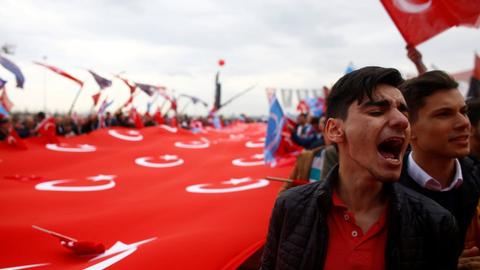 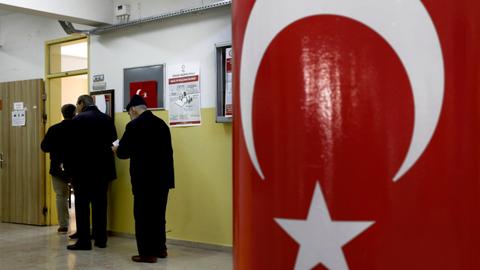 1
How Aafia Siddiqui’s case symbolises 'the lies' of War on Terror
2
6 ways to recycle your old Christmas tree
3
Beset by financial woes, Afghan embassies struggle in limbo
4
How Bangladesh police are hounding families of ‘enforced disappearances’
5
How the internet's leading account on Palestine maintains its message