NATO has many responsibilities regarding Turkey, but will they materialise?

1
'Wash the Hate': A response to anti-Asian bigotry amid the Covid-19 crisis
2
Italy's caregivers face daily moral dilemma of who to treat in hospital
3
Mercedes F1 team to produce breathing aids to help coronavirus patients
4
How did Ottoman society deal with the plague?
5
How does coronavirus threaten those with special needs and disabilities?

Following the devastating attack that killed 33 Turkish soldiers, NATO is set to hold an extraordinary meeting at Turkey’s behest.

Following the killing of more than 33 Turkish soldiers, the largest single-day loss of troops for Turkey in decades, at the hands of the Assad regime forces and its Russian backers, NATO held an extraordinary meeting at the request of Turkey announcing its "solidarity with Turkey."

The secretary-general of NATO, Jens Stoltenberg, thanked Turkey for updating NATO on the Syria situation stating that it will continue to "follow developments."

Turkey would have certainly expected more from the meeting.

“If NATO fails to meaningfully support Turkey at this critical moment, this will send a bad message about the state of NATO, it will question the aim of its existence and finally will further embolden Russia not only in Syria and the Middle East but elsewhere especially against Europe,” added Bakeer, speaking to TRT World.

Russia, through the Assad regime, has embarked on a policy that is testing the limits not only of Ankara’s resolve in Syria but also the durability of the transatlantic alliance and its ability to stand by Turkey.

The battle in Idlib has displaced more than 900,000 Syrians, as civilians have faced indiscriminate bombardment by the Russian and Assad forces which have also left hundreds dead.

“US and NATO have a vital interest in not letting Russia win against Turkey and effectively neutralising Moscow,” said Bakeer.

If Idlib falls to the Assad regime the exodus of Syrians from the embattled region could be in the millions, with a knock-on impact on the security of NATO countries.

Russia would find itself in a position of having divided Turkey and NATO and also further destabilised the EU politically, emboldening far-right populist forces who feed off migration.

“The US and Europe can meaningfully aid Turkey by imposing more sanctions on Russia, providing military support, intelligence, moving assets in the Mediterranean towards Syria,” added Bakeer.

NATO has in the past dragged its feet in offering any meaningful support to Turkey beyond statements of support. Turkey will also likely take note about when Russia poisoned Sergei Skripal, a former Russian intelligence official, and his daughter on British soil, Europe vowed “unequivocal, unwavering and very strong" support towards Britain and expelled dozens of Russian diplomats.

Turkey will have to take an appraisal of the lay of the land and some within the country may well evoke the Turkish proverb that "the Turk has no friend but the Turk".

“From the perspective of Turkey, it has completely lost trust in Russia,” says Murat Yesil an associate professor at the Middle East Institute at Sakarya University.

“Yes there is huge damage in terms of bilateral relations and in terms of the future of the strategic relationship but...it’s too early to argue that Turkish-Russian rapprochement is over at this stage, but it has been undermined by Russia,” added Yesil, speaking to TRT World.

The current convulsions between Russia and Turkey could well be an opportunity for NATO to once again assert itself decisively and make the case to the Turkish public about why it’s important given that increasingly many do not trust it. However, Yesil is sceptical that this can happen.

“Of course NATO has many responsibilities regarding supporting Turkey but I think it’s not going to materialise. Turkey called a meeting within the confines of Article 4 but this process does not necessarily mean that NATO will support militarily Turkey’s offensive in Idlib.”

Article 4 triggers discussion on non-military intervention when a members “territorial integrity, political independence or security of any of the parties is threatened”. A more serious escalation would be Article 5 of the NATO charter which authorises collective military action to protect a member state under attack.

When asked about Turkey's next diplomatic steps, Omer Celik, a government spokesperson said a consultation process with the NATO military alliance would start.

"It must not be forgotten that the Turkish Armed Forces protect both Turkey's national security and the southern border of NATO. An attack directed towards Turkey means an attack on NATO," he said.

Syrian researcher in Syrian affairs, Abdullah Almousa, said: “Now it has become certain that there will be no Turkish-Russian agreement on Idlib, and there is no longer an option for Turkey except for the military confrontation.”

With both Turkey and Russia on the brink of a major confrontation and footage of Syrian refugees spilling into Greek islands, the EU and NATO won’t be able to isolate themselves from the shockwaves.

“I expect within 24 hours we will witness a new phase of Turkish participation and entry directly in the combat line,” added Abdullah speaking to TRT World.

Humanitarian crisis in Idlib: Russia and Assad seek to break the revolution 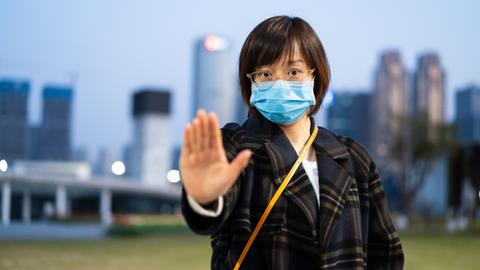 1
'Wash the Hate': A response to anti-Asian bigotry amid the Covid-19 crisis
2
Italy's caregivers face daily moral dilemma of who to treat in hospital
3
Mercedes F1 team to produce breathing aids to help coronavirus patients
4
How did Ottoman society deal with the plague?
5
How does coronavirus threaten those with special needs and disabilities?