For years, the US intelligence community has dedicated resources to countering the threat of terrorism. Pivoting to Beijing won't be easy.

As the US-China competition for influence and markets heats up, Washington appears to be gearing up to contain Beijing on a crucial front: spying.

For many American government officials and security analysts, the move has been long overdue. The US intelligence community including retired CIA officers pushed Washington to channel more resources toward countering the perceived Chinese threat in what some officials call the “third epoch of intelligence” competition.

Last week, it was reported that the CIA, America’s top spy outfit, is prioritising China over the agency’s counterterrorism efforts against terrorist groups, which have been its main area of focus for the past two decades.

The shift comes a year after the US ended its longest war and withdrew troops from Afghanistan, as US President Joe Biden and his national security brass increasingly worry about the political, economic and military risks posed by China as well as Russia.

Dr Timothy R Heath, a senior international defence researcher at the RAND Corporation, told TRT World that much of the US intelligence community’s time and expertise were taken up supporting US war efforts in Iraq and Afghanistan, and challenges posed by groups like Al Qaeda.

“With the wars in the Middle East now winding down, the US intelligence community can shift resources towards China,” Dr Heath said.

After the onset of the Cold War, the US intelligence apparatus remained fixated on threats from Soviet Russia for decades until the early 1990s. Then following the 9/11 attacks, funds for intelligence gathering and spy ops were primarily directed to counter-terrorism operations.

“It was during this phase when the rise of China took place, and Beijing took advantage of what it perceived as the decline of US power to enhance its global influence,” a Washington DC-based security expert, who wished to remain anonymous, told TRT World.

Last October, following a conference that gathered both current and former US intelligence officials to brainstorm China’s alleged spying activities aimed at the US, the CIA was tasked with the creation of the China Mission Center.

The high-level security unit looks to sharpen the agency’s focus on China and would cut across “all of the agency’s mission areas,” according to CIA Director William Burns. The formation of an additional mission center on emerging technologies was announced too.

Beijing meanwhile has pushed back at Western intelligence agencies, claiming that “false” and “sensational reports” are being used to “play up the so-called ‘China threat’ and stoke antagonism and confrontation.”

US spycraft lags behind

With the rise in alleged Chinese economic espionage cases and instances of election interference at home, Washington has realised its intelligence gathering is behind the eight ball.

“China’s intelligence operations are sophisticated,” Dr Heath said. “It tends to focus on ethnic Chinese people living in other countries as primary targets for recruitment and espionage,” adding that in contrast to US intelligence, which tends to focus on military threats and political issues, Chinese espionage is driven by the purpose of getting hold of foreign technology.

But the process of collecting deeper intelligence on China won’t be easy, argues Paul Kolbe, a former CIA officer who runs the Intelligence Project at Harvard’s Belfer Center for Science and International Affairs.

“You can’t flip a switch and suddenly have a stable of Chinese assets, great penetrations of the inner sanctum of government,” Kolbe said. “You have to develop officers who know the language, the culture, and that can establish deep relationships of trust that are required to do agent operations.”

Dr Heath believes that more agents will be recruited and trained to be experts on China. Apart from training a new cadre of intelligence candidates, it will also be important for Washington to rely on AI technology to compete in a new era of spycraft. “AI could be useful, perhaps to sift through images collected by satellites,” he said.

With more resources dedicated to China, US lawmakers hope that the intelligence community will garner additional information about Beijing’s trillion-dollar investments to develop advanced technologies like AI and quantum computing.

But in the midst of a China pivot, a deeper problem lies at the heart of US intelligence operations – it has forgotten the art of spycraft.

After 9/11, the culture and mission of agencies like the CIA changed, and so did the workforce. As more CIA officers mixed with their military counterparts, an army-style mindset percolated into intelligence collecting.

“Now, after rebuilding itself to fight the global war on terror in militarized zones, is the CIA prepared to return to the shadows?” asked former CIA officer and author Alex Finley.

An $84.1 billion enterprise, the US intelligence community comprises 17 different intelligence agencies and subordinate organisations that work both independently and in unison to conduct intelligence activities to support national security and US foreign policy.

But there has been growing concern that Washington’s intelligence gathering methods are lagging behind that of their competitors, with some observers saying the intelligence community is “flying blind” when it comes to data collection.

“As a result, the IC [Intelligence Community] cannot make informed decisions about how to best allocate existing collection and analytic capacity,” the report’s authors said.

Last month, the heads of the FBI and MI5 gathered to share a public platform for the first time ever to send a signal to the Chinese government, which they called the “most game-changing challenge” moving forward.

FBI chief Christopher Wray said that Beijing was targeting both politicians and businesspeople as part of a strategy known as the “thousand grains of sand.” Coined by former FBI China analyst Paul D Moore, this approach to intelligence collection entails gathering low-level data that is consolidated to create a larger pool of intelligence.

On the flip side, “China is a remarkably difficult place to conduct intelligence operations,” the DC-based security expert said, pointing to its strict internal security and pervasive surveillance.

Furthermore, the expert cites several advantages China possesses over its rivals in a new era of intelligence gathering.

“Beijing doesn’t just pursue traditional spying targets like the government or military secrets. They have harnessed a sizable pool of human resources and advanced technology to maximise data collection from US companies and universities in a much more systematic way than ever seen before,” the expert emphasised.

And the US has only begun to wake up to that reality. “US intel operations are still stuck in a bygone era of dealing with the nation-state. That’s not the case anymore.”

China’s approach to information gathering is not just limited to a security aspect that aims to understand its adversary’s capacity and capability, but uses technology to collect data via cyber platforms.

“If you look at how China has emerged as a leader in 5G technology, its flagship telecoms giant Huawei has been at the centre of the growing tech wars. There’ve been growing national security concerns over Huawei equipment in the US intercepting sensitive information that can fall into the hands of the Chinese government,” the security expert told TRT World.

Huawei, a private Chinese technology company, denies a link with Beijing and insists it’s been targeted for capturing the 5G network market ahead of American firms.

In an exclusive report published last month, CNN documented how US federal officials have investigated Chinese land purchases near critical infrastructure and stonewalled efforts to plant listening devices near government and military facilities.

In response to the CNN report, the Chinese government and Huawei strongly denied any alleged spying efforts.

Meanwhile, FBI chief Wray has urged US companies to work with his agency, asserting that Chinese hackers have installed over 10,000 backdoors on US networks, and that Chinese firms are explicitly or implicitly tied to their government.

“We’ve now reached the point where the FBI is opening a new China-related counterintelligence case about every 10 hours,” the agency said. 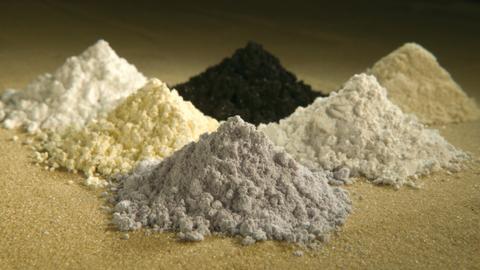 In trade wars of 200 years ago, the pirates were Americans