How Iranians are responding to US warmongering

As American officials raise the prospect of a military confrontation, Iranian leaders have reacted with caution.

It’s like playing with a matchstick near a thousand gallon oil drum. One wrong move and there’s no stopping the inferno. That’s how analysts see the situation in the Persian Gulf these days as the United States ratchets up pressure on Iran.

For the past few days, US ally Saudi Arabia has made consistent claims that its oil installations have been attacked twice, and the kingdom’s Energy Minister Khalid al Falih pointed the finger at Tehran.

But information about the ‘attacks’ and the severity of the damage remains vague. For one thing no one was killed. There are reports however that the first attack damaged four oil vessels off the coast of United Arab Emirates, near the important Strait of Hormuz.

Pictures that came out showed metal hulls of oil tankers dented by the blow.

Then on May 14, Yemen’s Houthi rebels used drones to damage a pipeline facility that supplies oil to a port on the Red Sea coast.

Houthis, who are fighting Saudi-led forces, have received Tehran'e assistance from time to time.

The allegations against Iran have come at a time when the administration of US President Donald Trump sent an aircraft carrier and long-range B-52 bombers to the region after his officials said they had intelligence about Iran posing a threat to its troops.

Inside Iran, which is facing backbreaking US economic sanctions, the mood is defiant.

“I don’t know if Iran is involved in these incidents or not,” says Foad Izadi, a political science professor at the Tehran University. “But even if Iran wasn’t involved, many people here don’t mind the Saudis or UAE or the Americans thinking that Iran was involved.”

Iranians in general feel betrayed by Trump’s decision to abandon the nuclear agreement that his predecessor Barack Obama had signed in 2015, Izadi says.

Known as the Joint Comprehensive Plan of Action, the deal resulted in the removal of sanctions against Iran with a promise that the country would limit its stockpile of enriched uranium, which can be used to make a nuclear bomb.

Soon after, the US imposed tough sanctions against Iran, isolating the country from the international financial system and making oil exports difficult for the Islamic Republic.

Iran derives most of its income from oil. Trump says he intends to bring Iranian oil sales to near zero.

To stifle its arch-rival's economy, the US also sanctioned Iran’s mineral and steel manufacturing sectors, which will inevitably hurt the important auto sector that employs tens of thousands of people.

But instead of weakening the Iranian regime, something Trump and his hawks, such as the US National Security Advisor John Bolton want to achieve, the measures are bringing Iran's competing political players onto the same page.

“Politicians don't get along in normal circumstances but when we have someone like Trump sitting in the White House that’s a unifying factor for Iran,” says Izadi.

Iranian Prime Minister Hassan Rouhani, a moderate politician, has been under pressure from hardliners to completely abandon the nuclear deal.

Iran says it remains committed to the spirit of the deal, but this week announced that it will stop implementing some parts of the agreement in response to the hostile steps taken by the US.

Playing to a domestic audience

The response of the Iranian leadership to US threats has mostly been rhetorical, says Fereshteh Sadeghi, a Tehran-based journalist.

“I don’t know if the US or Arab countries take these threats seriously,” she says. “Any response is going to be for the domestic audience — Iranians expect government to do something. They feel American behaviour has eroded their dignity.”

However, Iranian officials, including the powerful clerics, are careful even in their statements. Ayatollah Ali Khamenei, Iran’s supreme leader, has dismissed the possibility of a war.

The US has for days leaked information about intelligence reports suggesting an imminent threat to American troops in Syria and Iraq from Iran-backed Shia militias.

Doubts have been raised about the credibility of such reports even by American allies such as the United Kingdom — a top British general openly questioned the US claims of an increased threat.

This is sort of wow: UK Maj. Gen. Chris Ghika, deputy commander for strategy and information for the US-led counter-ISIS mission, tells Pentagon reporters "We don’t see any increased threat from [Iranian-backed militias] at this stage."

Washington has raised the possibility of a clash by asking its "non-emergency"  diplomatic staff to leave Iraqi capital Baghdad, which is a close ally of its neighbour Iran.

“There is a possibility [of a clash] because the US has invaded Afghanistan and Iraq before. There are no ethical limitations for US when it wants to engage in military activity. The only reasons it hasn’t attacked Iran yet is because the cost of such a venture is too much,” says Izadi.

At the moment the US is using economic sanctions to penalise Iran. “But Iran is not an economy that will as easily collapse as the Americans think,” says Sadeghi.

“We have been under some kind of sanctions for the past 40 years. It is just that the problems exacerbate when other factors are added in like the restrictions on social freedoms. If Iran’s government gives more social freedoms, it can help ease economic grievances.”

The US finds sanctions are no substitute for diplomacy with Iran

Trump has overplayed his hand with Iran 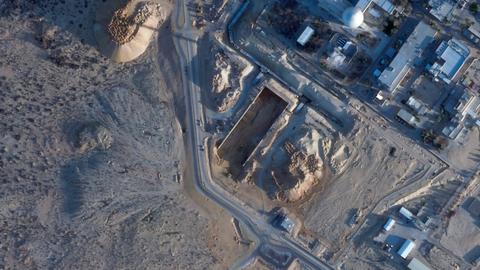