Various factors have caused a breakdown in bilateral relations between the two NATO allies in recent years, from US support of the YPG in northern Syria to the failure to hand over FETO leader Fetullah Gulen.

Ankara and Washington, who have been close NATO allies for over six decades, are going through one of the most strained periods in their history of bilateral relations. Since the July 15 coup attempt in Turkey in 2016, the relations have witnessed several new crises, one after another.

The trial of Hakan Atilla, deputy director general of Turkey’s state-owned Halk Bank, in New York, after being accused of breaching US sanctions on Iran, is considered a politically motivated trial by Ankara. The detention of American Pastor Andrew Brunson in Turkey on charges of spying, divulging state secrets and for his links to FETO and the PKK, caused a further deterioration of relations, prompting the US to impose economic sanctions on Turkey.

Sanctions severely hit the Turkish economy and caused the Turkish lira to plunge to a record low against the US dollar. The latest episode in a series of rifts between the two NATO allies erupted when Turkey decided to purchase the Russian-made S-400 anti-aircraft missile system, which led to discussions about whether Turkey would remain a NATO member.

What are the underlying causes of the rift?

What has caused the recent deterioration of the relationship between Turkey and the US? Among many other factors, the primary reason is that the US has displayed a lack of concern about the security needs of Turkey, acting in violation of the inherent characteristics of alliance rationale. Notably, two incidents have altered the trajectory of the alliance: US support of the YPG in Syria and the US disregard of the gravity of the July 15 coup attempt for the Turkish public.

Turkey has been fighting against the PKK for over four decades and considers the YPG the Syrian offshoot of PKK, which renders these groups as an existential threat. Yet, the US administration has neglected Turkey’s stance ever since the Obama presidency and instead lends considerable military and political support to the YPG in northern Syria. Turkey believes that this support to the YPG manifests as terrorist attacks on its homeland.

In addition, Turkey survived a bloody coup attempt three years ago on July 15, which had the capacity to bring the country to the edge of collapse; 251 people were killed, and thousands were injured as people came out in droves to resist the coup. This has become one of the vital turning points in Turkey’s recent history and also affected the collective memory of the Turkish people. Yet the US has again turned a deaf ear to the implications of the July 15 coup attempt and ignored the fact that Turkey considered this attempt as a matter of survival.

How the US lost its reliability

The US attitude to the two aforementioned incidents has adversely affected the US-Turkey alliance by undermining its credibility and reliability. A security alliance endures as long as it carries out a critical function: to serve the security interests of the alliance members.

Formal alliances are a sound means of sending credible signals that its members will remain committed to upholding one another’s security interests. As such, trust measures and confidence mechanisms between the allies stand as the linchpins of the alliance maintenance by ensuring that alliance members are reliable partners in the face of a security threat. The sustainability of an alliance can be damaged as a result of one side breaking promises and showing apathy towards the concerns of the other.

However, as in the case of the US policy towards the YPG, Turkey does not regard the US as a reliable ally. During the July 15 coup attempt, Turkey was disappointed by US reluctance to give conspicuous support to the democratically elected government.

Additionally, throughout the subsequent years, the US remained impassive over Ankara’s request to extradite Fetullah Gulen, who has lived in self-imposed exile in the US since 1999 and whom Turkey accuses of orchestrating the coup attempt. Moreover, the FETO operatives in the US continue their activities without being subjected to any kind of scrutiny or limitation from officials.

Charter schools owned and run by FETO members in the US continue to further expand throughout the country after the coup attempt.

Taken together with the US support of the YPG, US policy regarding FETO and the failed coup attempt destroyed the trust mechanisms of the alliance, making the US an unreliable partner for Turkey, particularly when it comes to security concerns. Thus, this has paved the way for Turkey to search for alternative partnerships.

Distrust towards the US is also evident among the Turkish public. According to a recent report published by Kadir Has University on Turkish citizens’ views on foreign policy, the US is considered as the number one enemy of Turkey by over 81 percent of participants.

It is this lack of trust that forced Turkish decision makers to look for alternative partners in different policy terrains. Turkey’s purchase of S-400 systems from Russia exemplifies the most recent repercussion of the US’ diminishing reliability in the alliance.

Turkey has long searched for an air shield system, which is considered by Ankara as a vital defence gap in Turkish military capacity. On top of the accumulated lack of trust and reliability, the US refused to sell Patriot missile defence systems to Turkey, which paved the way for Turkey to conclude the S-400 deal with Russia.

The US, in return, suspended the Turkish partnership with the F-35 fighter jet programme and declared that Turkey will not receive them unless the deal on the S-400 is annihilated. In addition, a declaration was made suggesting that Turkey may face economic sanctions, further alienating Turkey.

In order to normalise relations between the US and Turkey, the trust mechanisms and confidence should be reinstated. For Turkey, this can only be achieved if the US reconsiders its policies towards the YPG and FETO. 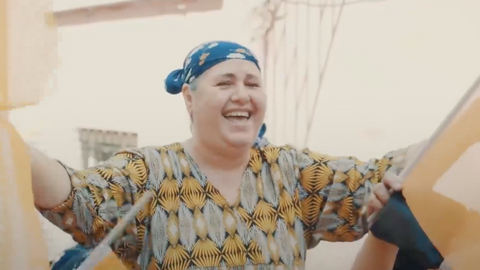 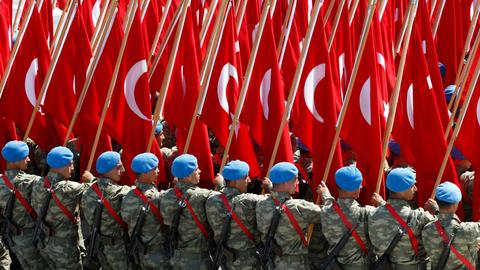