Liverpool's new Portuguese striker scores his first hattrick for the club in the Champions League against Atalanta.

Liverpool striker Diogo Jota netted his first hattrick for the club as they thrashed Atalanta 5-0 with a blistering performance in the Champions League to go five points clear at the top of Group D after three straight wins.

Atalanta's mauling was the worst home defeat ever suffered by an Italian side against an English team in European competition and means Liverpool will qualify for the last 16 with a victory in the reverse fixture on November 25.

Portugal forward Jota's clinical treble continued the scintillating start to his Liverpool career, while Mohamed Salah and Sadio Mane also got on the scoresheet in a superb display from Juergen Klopp's Premier League champions on Tuesday night.

"It was the performance we needed tonight, just because the opponent is really strong and can cause you massive problems, and my boys played an incredible game. The front line defending and attacking, outstanding," Klopp told BT Sport.

READ MORE: 'Cristiano is back': Ronaldo returns with double in Juventus win

The victory put Liverpool, who won the Champions League in 2005 and 2019, top of the group with nine points from three games. Ajax Amsterdam are second with four, ahead of Atalanta on goal difference, after a 2-1 win at FC Midtjylland.

Jota wasted an early chance before giving Liverpool the lead in the 16th minute, latching on to a pass from Trent Alexander-Arnold and holding off Jose Luis Palomino before delicately flicking the ball past keeper Marco Sportiello.

Jota, who arrived from Wolverhampton Wanderers for a reported fee of 41 million pounds ($54 million) in September, made it 2-0 in the 33rd minute, controlling a raking pass from Joe Gomez with his left foot before firing home with his right.

With the home side reeling, Salah scored a super solo goal two minutes into the second half, collecting a clearance from Andy Robertson and running from the halfway line before curling the ball into the net at the far post.

Minutes later it was Mane's turn as he made it 4-0 with a sublime chipped finish before Jota completed his hat-trick with another coolly-taken effort in the 55th for his seventh goal in his first 10 appearances for Liverpool.

Atalanta's best chances on the night fell to Duvan Zapata, who clipped the underside of the crossbar with a curling strike. He twice tested Liverpool goalkeeper Alisson with stinging shots and also had a stoppage-time effort ruled out for offside.

Salah almost scored a sixth for Liverpool in the 83rd minute. Once again he ran half the length of the pitch after an Atalanta corner was cleared, but this time his shot was steered out for a corner by Sportiello. 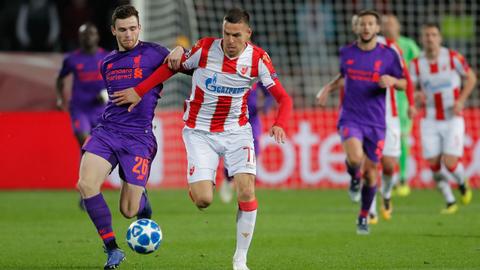 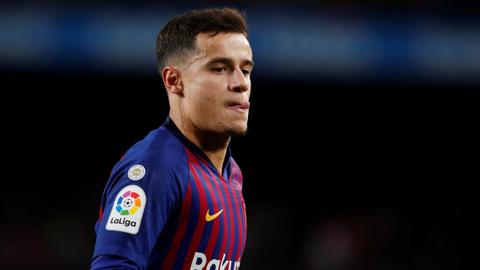