Most of the prisoners who fled the jail after at least 44 inmates died in a grisly prison riot were recaptured, officials say, but 20 are still at large.

Ecuadoran police have said 200 convicts who escaped following a deadly prison riot were recaptured in 24 hours, with 20 still at large.

"A total of 220 citizens escaped yesterday and at this moment we have recaptured 200," said the police chief of operations Geovanny Ponce, giving an update on Tuesday.

At least 44 inmates died after a fight broke out Monday between the rival Los Lobos and R7 gangs at Bellavista prison in Santo Domingo de los Colorados, some 80 kilometers from Quito.

Ten more were wounded, according to police.

Authorities had initially said that 108 prisoners got away.

Ponce said the government was offering up to $3,000 for information leading to the recapture of the remaining 20 fugitives.

Soldiers were deployed to help search for escapees, and the AFP news agency reporters saw security forces rounding up about 80 people believed to have been among those recaptured.

'It was a massacre inside'

Distraught relatives of inmates waited for news outside the Bellavista prison on Tuesday.

Ponce said 41 of the dead inmates had been identified so far, and two of them were Venezuelan.

"They're not giving us any information. They say that young men escaped saving their lives," said Leisi Zambrano, desperate for news about her brother.

"There are many mothers who still have not received any news about their loved ones. They don't even know if they are alive," she added.

Zambrano, 48, said she had rushed to the prison with other family members as soon as she heard about the riot.

"We heard prisoners calling for help, asking that we don't let them die," said Zambrano.

"It was a massacre inside."

Shocking online video footage of the riot aftermath showed a pile of bloody, mutilated bodies in a common room and corpses littering prison corridors next to mattresses that showed signs of having been set on fire.

Prior to the latest riot, some 350 inmates had been killed in five separate uprisings in Ecuador's hopelessly overcrowded prisons since February 2021.

President Guillermo Lasso insists the problem inside the facilities mirrors that outside, where drug gangs are vying for control of trafficking routes.

The Inter-American Commission on Human Rights also condemned the violence and urged the government to launch a "prompt, serious and impartial" investigation.

Nestled between the world's biggest cocaine producers, Colombia and Peru, Ecuador has seen a surge of violence blamed on fighting between rival drug groups.

The country of 17.7 million people is popular with traffickers because of its porous borders, a dollarised economy and major seaports for export.

Prisons are overcrowded and short on guards, and rampant corruption means inmates can lay their hands on all sorts of contraband, including firearms and explosives. 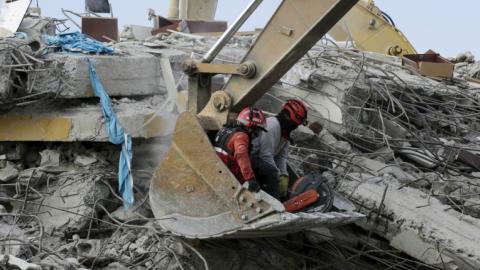 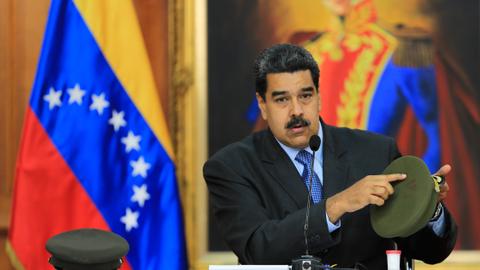